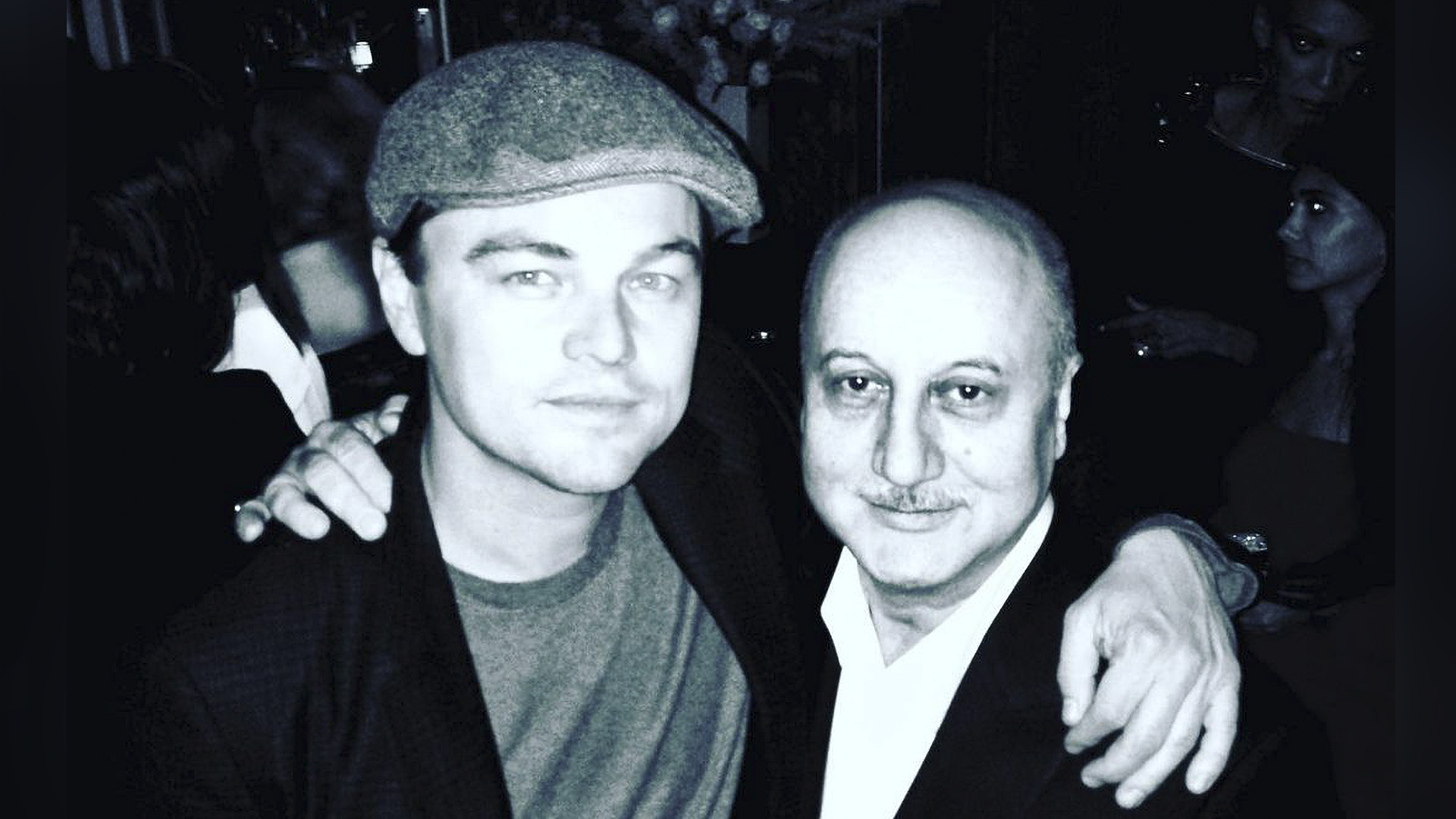 The “Saaransh” actor took to his Instagram handle and shared a monochrome throwback picture featuring himself posing with Leonardo.

As per Kher, the picture was captured when the two actors met at an event in Los Angeles. The veteran actor is wearing a black suit, while Leonardo looks dashing in his semi-formal blazer, T-shirt, and an English golf flat cap.

“I met @leonardodicaprio at an event in Los Angeles a few years back,” said Kher in the post.

“I introduced myself. I said, ‘I am an Indian actor.’ He said, ‘I know!’ I asked, ‘How?’ And then he just gave me a warm hug. He was kind and affectionate. The best thing about being an actor is that you meet wonderful people from all over the world and bond with them easily. Actors are a tribe in themselves,” said Kher.

The 66-year-old actor is one of the most active Bollywood celebrities on social media. He keeps sharing such throwback posts and updates about his day-to-day activities.

On July 5, Kher penned an emotional post in the loving memory of the late iconic filmmaker Yash Chopra.

Taking to Instagram, Kher recalled the days when he used to spend his mornings with the legendary director.

“There are days when I miss #YashChopra Ji very, very much,” said Kher in the post.

“He was not only my favorite director and best friend but also one of the most wonderful human beings I had ever met. Warm, funny, earthy, romantic, compassionate, sensitive, joyous, and much more. For almost his last ten years, if I was in Mumbai every morning, I used to spend with him. He was a treasure trove of poetry and friendship,” he said.

Kher is a former Chairman of India’s Film and Television Institute. He has appeared in over 500 films, most of them are in Hindi. He has two National Film Awards and eight Filmfare Awards to his name. For his performance in “Saaransh,” he received the Filmfare Award for Best Actor (1984).

Meanwhile, on the work front, in May, Kher had won the Best Actor award at the New York City International Film Festival for his short film titled “Happy Birthday,” adding a feather to his cap. The film also bagged the Best Short Film award at the prestigious film festival.

Apart from “Happy Birthday,” the veteran star has several other projects in the pipeline, including “The Last Show,” “Mungilal Rocks,” and “The Kashmir Files.”