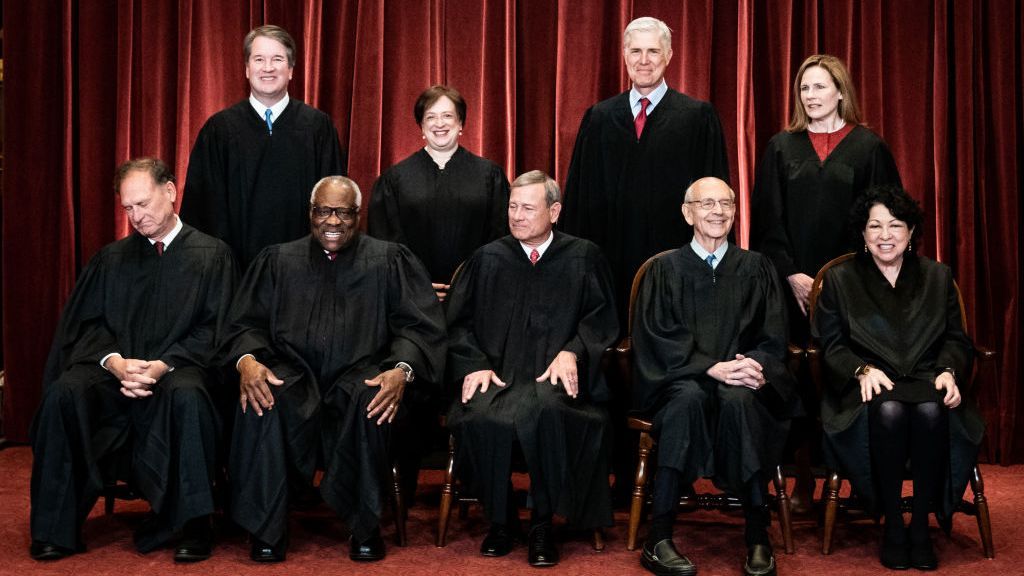 After wrapping up their final cases for the 2020–2021 session last week, the Supreme Court’s nine justices will not reconvene again until October — but when they do, they are expected to issue major rulings on abortion and gun rights that will be influential for years to come.

While more cases could still be added, the court has so far agreed to hear 21 cases in its next session, and the outcomes could mark “watershed” moments, experts told Zenger.

The court’s hearing of New York State Rifle & Pistol Association Inc. v. Corlett will be “the first time that the Supreme Court has taken up a major Second Amendment case in about 10 years,” according to GianCarlo Canaparo, a legal fellow at the Heritage Foundation.

“That’s a big one to watch in part because the Supreme Court has never articulated a standard for how to analyze Second Amendment cases,” he said. “So even after its previous decisions in McDonald and Heller, lower courts have basically been in the dark about how they should go about analyzing these claims. So, we’re hoping to get some clarity on that.”

The case centers around a licensing official’s denial of applications submitted by two members of the New York State Rifle & Pistol Association for concealed-carry permits.

As New York requires a “proper cause” standard for issuing firearm licenses for general self-defense — defined as a demonstrated “special need for self-protection distinguishable from that of the general community” — the state official restricted their licenses in a way that would only allow the firearms to be used for hunting and target shooting.

At the heart of the case is whether the state’s denial of applications for concealed-carry for self-defense was a violation of the U.S. Constitution’s Second Amendment.

The National Rifle Association has argued the decision did indeed violate the amendment, arguing that New York residents now have only a right to keep arms but not bear them.

“We’re confident that the court will tell New York and the other states that our Second Amendment right to defend ourselves is fundamental, and doesn’t vanish when we leave our homes,” said Jason Ouimet, director of the NRA’s Institute for Legislative Action.

Gun-control advocates counter that New York’s rule is essential to protecting its residents.

“Gun violence has only worsened during the pandemic, and a ruling that opened the door to weakening our gun laws could make it even harder for cities and states to grapple with this public health crisis,” Eric Tirschwell, managing director of Everytown for Gun Safety’s team of litigators, Everytown Law, said in a statement issued in April.

After a district court dismissed the lawsuit, an appeals court upheld the decision — with the Supreme Court, now with a 6–3 conservative majority, then agreeing to hear the case.

“Whatever the court does with that, it will be good to just have a framework by which other courts can analyze how we go about dealing with these kinds of claims,” Canaparo said.

Two major abortion cases are also being brought before the court.

Perhaps the most highly anticipated is Dobbs v. Jackson Women’s Health Organization, considered to be a challenge to the court’s previous landmark rulings in Roe v. Wade and Planned Parenthood v. Casey, which upheld rights to terminate a pregnancy.

In 2018, Mississippi enacted the Gestational Age Act, which banned abortions after 15 weeks of pregnancy, except in the case of medical emergency or fetal abnormality. Jackson Women’s Health Organization, the state’s only licensed abortion facility, immediately challenged the law.

A federal district court ruled the law was unconstitutional, arguing that it violated a Supreme Court decision that states cannot ban abortions prior to the 24-week mark, the point at which the court determined a fetus becomes viable. After the district court halted the law’s enforcement, Mississippi Department of Health officer Thomas Dobbs appealed the decision. However, an appeals court upheld the district court’s ruling.

The Supreme Court justices will now have to decide whether all pre-viability prohibitions on abortion are unconstitutional. The problem, according to the National Right to Life Committee’s executive director David O’Steen, is that fetal viability is a “moving target.”

O’Steen added the Supreme Court has also already upheld a ban on partial-birth abortion and argued that upholding the Mississippi law “would be in keeping with popular support” for restricting abortions after the first trimester, pointing to a recent poll suggesting 65 percent of Americans believe abortion should typically be illegal in the second trimester.

Planned Parenthood, the nation’s largest reproductive healthcare organization, has countered, though, that the issue is more a matter of a woman’s right to autonomy.

“No one is free unless they control their own body,” said Sarah Stoesz, president and CEO of Planned Parenthood North Central States, in a public statement.

“As the Supreme Court takes up a case on abortion rights and access, we must remember we all deserve the opportunity to control our lives at the most basic level: our bodies, our families and our life’s path, including whether and when to become a parent.”

The justices will also make a ruling in Cameron v. EMW Women’s Surgical Center, P.S.C., which is “another abortion case, but only tangentially,” said Canaparo, noting the case concerns whether a state official may defend a state law that has been invalidated.

After Kentucky enacted a law in 2018 criminalizing the performance of the dilation and evacuation abortion method before inducing fetal demise, EMW Women’s Surgical Center, the only licensed outpatient abortion facility in the state challenged the law.

It challenged the law by claiming it violates the Fourteenth Amendment’s protection of a woman’s right to choose to have an abortion. A district court ruled in the clinic’s favor and moved to invalidate the law.

Upon appeal, Kentucky Attorney General Daniel Cameron asked to join the case to defend the law — but the appeals court rejected his request and affirmed the district court’s ruling.

Cameron then asked the Supreme Court to review the case, and the court agreed.

“The reason that this case is interesting, more broadly, is that this is sort of becoming a common tactic among states, especially with turnovers in party control,” Canaparo said. “A common tactic to essentially win in court is to just stop fighting to defend rules that were promulgated by a previous administration, promulgated when state values were different.”

“This will be interesting to see essentially how one state government can bind predecessor governments and the extent to which a state government has a responsibility to defend laws that its people passed, which an administration doesn’t feel like defending.”

In determining its caseload for the upcoming session, the Supreme Court also notably declined to take up several cases, including an appeal from a florist who refused to supply flowers for a same-sex wedding and an eminent-domain case that would have allowed the court to reconsider its controversial ruling in Kelo v. City of New London in 2005.

The next session will also be significant as concerns grow about the court’s legitimacy.

Since former President Donald J. Trump nominated three Supreme Court justices to the bench in his single term, critics have expressed concern about growing perceptions of partisanship on the court due to its now 6-to-3 conservative/liberal split.

However, Trevor Burrus, a research fellow at the Cato Institute’s Center of Constitutional Studies, said that — in terms of legal reasoning — the court is now “extremely mixed up.”

“The idea that the court could lose legitimacy as people believe that it’s only a partisan institution is very, very troubling,” Burrus told Zenger, acknowledging the perception of bias after Trump’s nominations. “People seem to popularly think that most decisions by this court, and the last court with Justice [Ruth Bader] Ginsburg on it, that every decision is 5–4 or 6–3.”

But Burrus argued that the situation was more complex.

“That’s just simply not true, not even in the more controversial cases,” he said. “They’re all independent thinkers who think deeply on the issues and come up with the way they see it.”

In any case, he added, the overwhelming majority of their decisions were clear-cut.

“When you look at the Supreme Court over time in the last 10 years, the plurality of all their cases are unanimous,” he said. “That trend has only increased this last term. Forty-four percent of their cases were unanimous, and when you look at cases where it’s 8-1 or 7-2, the number is well over 60 percent.”