A formula from medical experts is being prepared for the government, while states continue to fear for vulnerable populations.
By Marion Rae July 6, 2021
Facebook
Twitter
Linkedin
Email 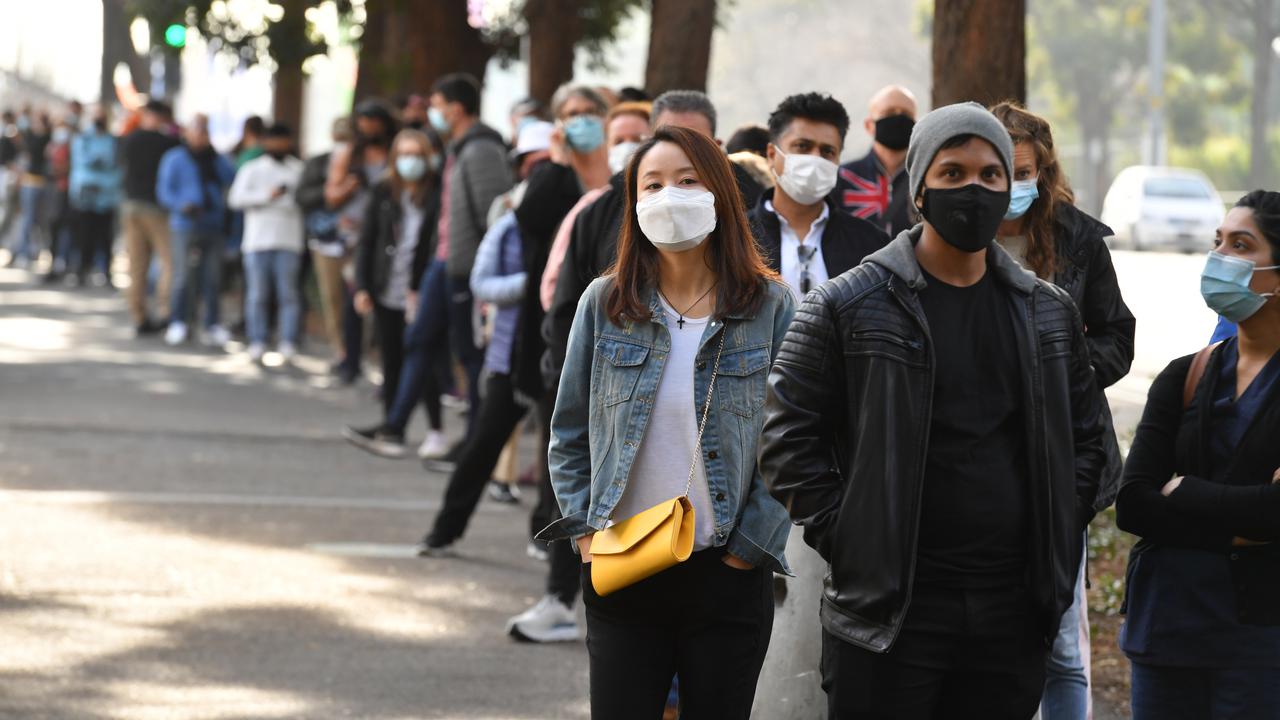 Australians have been told Covid-19 won't be eliminated and people must learn to live with it. (Mick Tsikas/AAP Image)

SYDNEY — Federal Treasurer Josh Frydenberg has warned Australia will not be able to eliminate Covid-19 as medical experts crunch the numbers on vaccination targets.

Frydenberg signaled a shift to focusing on preventing hospitalization, serious illness, and fatalities seen elsewhere in the world.

“We have to learn to live with the virus.”

The Peter Doherty Institute for Infection and Immunity in Melbourne —which is leading global research in Covid-19 response—has been tasked with modeling to determine a percentage of the population to be vaccinated before the nation reopens.

While just over nine percent of eligible Australians have received both jabs, the government is keen to talk up higher rates among older and more vulnerable people.

Other pandemic-busting tools will also be in the mix, including keeping contact tracers on the payroll and promoting common sense on hygiene.

The southeastern state of Victoria plans to further ease restrictions this week, while its neighbor New South Wales continues to list new exposure sites as its outbreak tops 300 cases.

His federal counterpart Greg Hunt believes a record week of 880,000 doses being administered is a strong indication the rollout can gather momentum.

“In relation to vaccines, it is the most competitive global environment imaginable,” he said.

Pfizer distribution is slated to rise this month as demand for that jab surges on the back of expert advice about AstraZeneca being recommended for over-60s.

Aged care workers were meant to be vaccinated as a priority group after the nation’s 685 deaths of residents in nursing homes, mostly in New South Wales and Victoria.

The federal government wants staff in the sector at the front of the queue for Pfizer, but that also relies on supply.

Council of the Ageing chief executive Ian Yates said risks were greater with unvaccinated staff since the disease has been carried into nursing homes by asymptomatic staff.

“Any incursion of Covid-19 into a nursing home is of really dramatic concern,” he said.

Queensland Premier Annastacia Pa&lstrok;aszczuk is still pushing for a quarantine hub near Toowoomba despite the federal government rejecting the site. Agreement is more likely on a purpose-built facility near Brisbane Airport even as the premier is after setting up two purpose-built facilities instead of one to discontinue hotel quarantine altogether.

The state will be receiving an additional 200,000 Pfizer vaccines this month that will take the weekly vaccine tally up by 10,000 to 64,350 in comparison to June.