VIDEO: Yappy Ever After: Pup Barks At Drainpipe To Save Trapped Kitten

Rescuers save young tabby after a dog heard its mewing and refused to leave.
By Emily Wu July 6, 2021
Facebook
Twitter
Linkedin
Email 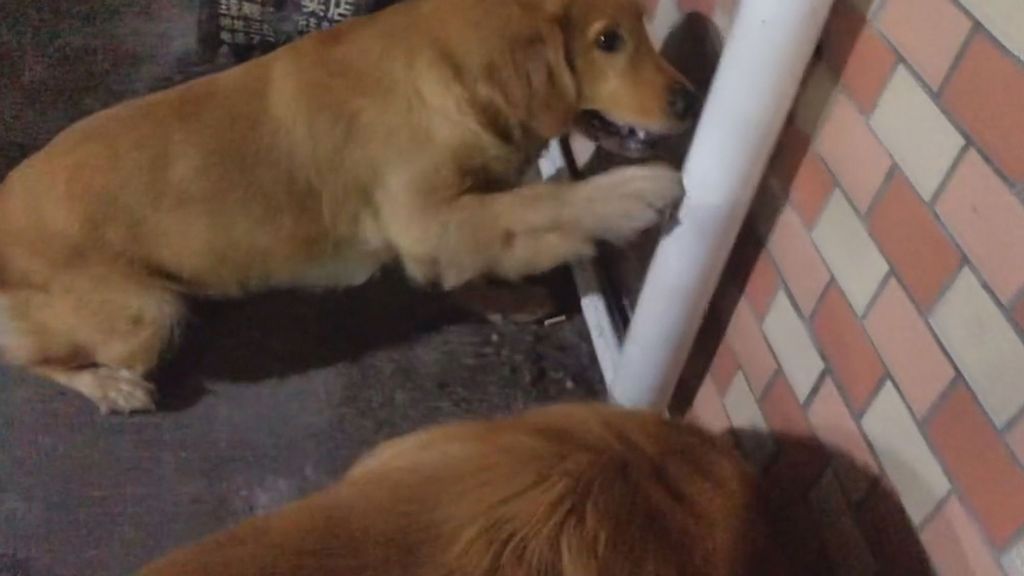 Dogs bark at a drain pipe where a kitten was stuck in Zhuhai, China. (9872963/Zenger News)

Two heroic dogs barked at a drainpipe to signal to their owner that a cat was trapped inside.

The incident took place in Zhuhai in the Chinese province of Guangdong on the night of July 3.

The dogs’ owner, referred to as Ms Li, said that she was taking her pets for a walk when they made a beeline for the drainpipe and started barking and pushing at it with their paws.

She leaned closer and heard the faint whimpers of a kitten inside. It was later learned the cat belonged to a fifth-floor neighbor.

“It happened on July 3 in the drain of a rented home next to my house. We found the cat while out walking. Its owner lives on the fifth floor,” Ms Li said.

“According to the landlord of the property, the cat’s owner is a university student preparing for postgraduate entrance exams and is too busy studying to take care of it. He should let me adopt it.

“The cat was stuck in the drain for most of the day because its owner was going to class and did not have time to take care of it,” she said.

In the footage, one of the attentive dogs is seen barking at the drainpipe before the other pooch arrives, and together, they start sniffing and pushing at the pipe with their paws in an attempt to free the feline.

In the second clip, a man is seen sawing the bottom of the pipe before revealing the cute kitten that was trapped inside.

In the third video, the owner is seen feeding the kitten with a syringe shortly after its ordeal in the drainpipe.

The owner took the cat to the veterinarian for a check-up. It only suffered minor cuts and scrapes and was released.

In 2018, the estimated number of cats in China reached almost 87 million and the population was forecasted to double by 2022, according to a survey by Euromonitor.

Zhuhai is located on the Pearl River with a deep-water port. it is one of seven economic zones in China. Hong Kong is to the east, across the sea, and Macau is south of the city.