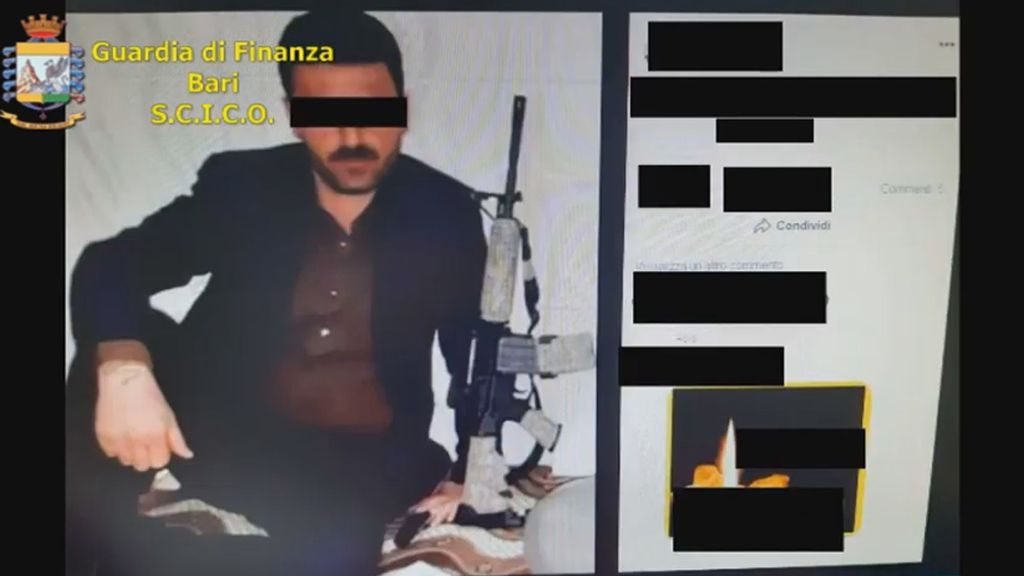 Four men accused of financing international terrorism were arrested in Italy during the week of July 5, 2021. (Screenshot/GuardiaDiFinanza/Zenger)

An Italian police force more accustomed to busting mafia rackets said Monday that they arrested four men suspected of sending money to people across the Middle East and Europe as part of a scheme to finance the “Islamic State” terrorist army, known in the U.S. as ISIS.

The men are accused of wiring 30,000 euros ($35,460) from a money transfer center in the southeastern Italian town of Adria to 42 people in several countries. Italy’s tax police said the plot was intended “to support the activity of anti-government fighting organizations in Syria and, specifically, aimed at financing jihadists belonging and affiliated to the self-proclaimed Islamic State.”

Anti-mafia prosecutors in Bari launched a complex investigation in 2017 after a report from the French judicial authority “summarized certain evidence of investigative interest concerning possible operations to finance international terrorism,” the agency said.

“The French judicial authority had, in fact, ascertained that two subjects residing in Andria, on Oct. 1, 2017, had completed two money transfers (both in the amount 950 euros [$1,122]), which took place just three minutes away from a Lebanese citizen considered a ‘collector’ of money available to the so-called foreign terrorist fighters,” police said in a statement.

The four men are suspected of wiring the funds to a money transfer agency in Andria for militants “in several states at risk of terrorism, including Serbia, Turkey, Germany, United Arab Emirates, Albania, Russia, Hungary, Jordan and Thailand.”

Phone wiretaps established more transfers from the criminal group’s headquarters, from which they sent the first burst of money.

The investigations turned up evidence of “an even more disturbing picture comprising over 1,000 money transfer operations carried out, through the money transfer circuit, in 49 countries (including abroad to abroad) in the period 2015–2020,” bringing the total amount received by the 42 collectors to more than 1 million euros ($1.2 million), Italian police said in their statement.

The payments made by the men arrested on July 3 allegedly included 5,000 euros ($5,907) sent to two Russians, just days before an attack on a church in southern Russia that killed five women, according to a statement by Luca Cioffi, a colonel in the Italian tax police.

The goal of ISIS is to create a caliphate, an Islamic state, across Iraq, Syria and and surrounding countries. ISIS aims to establish a society ruled by Sharia Law, a strict religious legal code established in the eighth century.