US Congressman Calls On Biden To Declare Tibet ‘Independent Country’

Tibet was invaded by China in 1950 and citizens have lived under China’s military rule since.
By Zenger News Desk July 6, 2021
Facebook
Twitter
Linkedin
Email 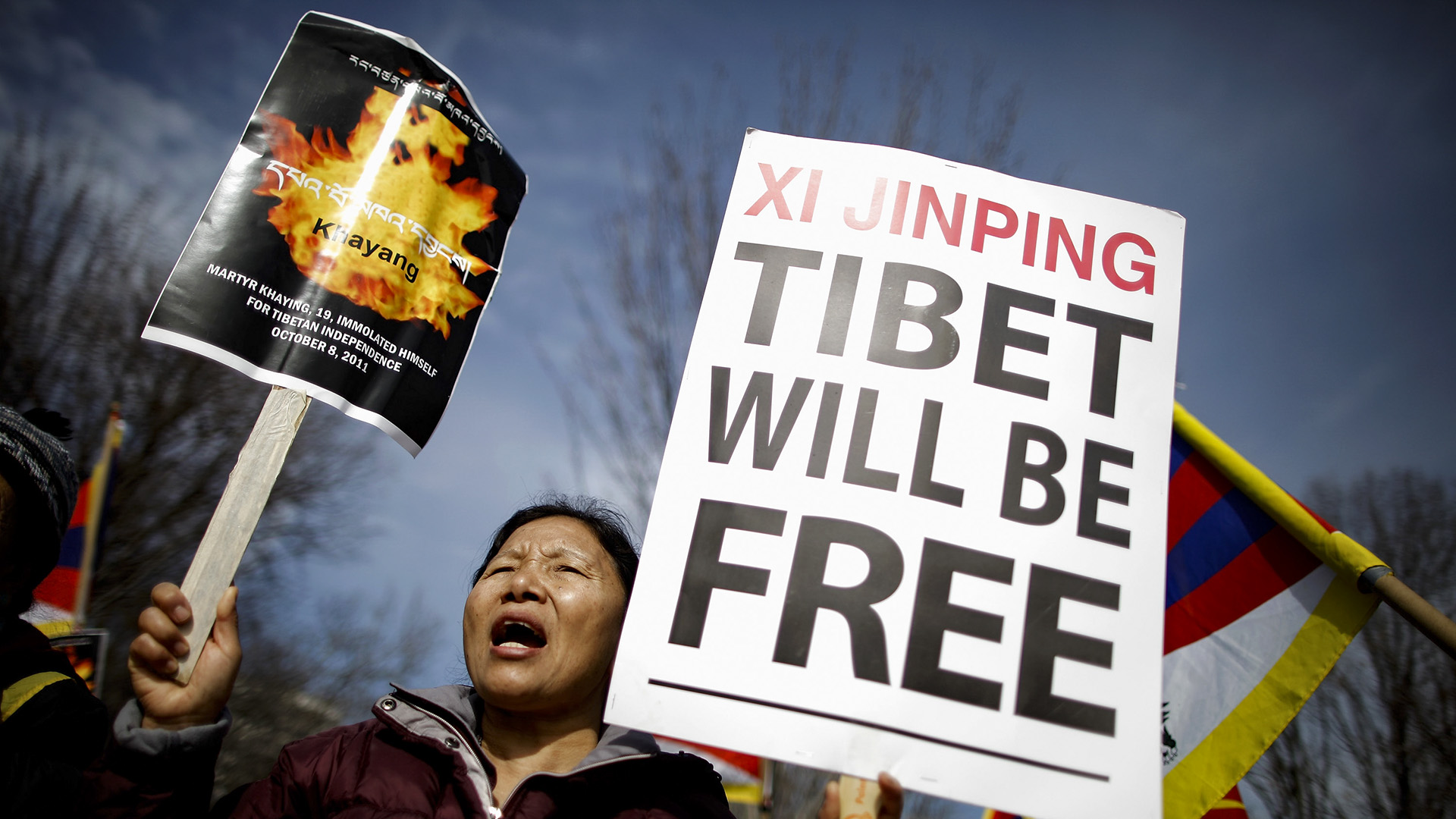 Demonstrators gather to protest the visit of Chinese Vice President Xi Jinping across the street from the White House in Washington, DC. (Chip Somodevilla/Getty Images)

WASHINGTON — A US Congressman has introduced a resolution in the US Congress, calling on US President Joseph R. Biden to declare Tibet an independent country.

The US must reject the seven-decade-long illegal occupation of Tibet by the forces of the Chinese Communist Party, the resolution states. The US would provide relief to “long-suffering people and reinforce its reputation as a strident defender of global human rights.”

“After 70+ years of illegal occupation of Tibet by the murderous Chinese Communist Party, it’s well past time for the US to take action,” tweeted Scott Perry, Republican Member of Parliament.

“That’s why I’m proud today to introduce a resolution calling on President Biden to declare Tibet an independent country.”

This bill recognized all three provinces in Tibet as a separate, independent country.

The 2021 Tibet bill also urged Washington to recognize the “democratically elected government of Tibet, presently named as the Central Tibetan Administration, the only governing authority of Tibet.”

The bill also entailed sanctions on individuals who are responsible for or complicit in, directly or indirectly, supporting the occupation of Tibet.

Last month, the US Senate had passed a bipartisan bill to heed the call to open a consulate in Lhasa and had called for reinforcing the global engagement on policy towards the reincarnation of His Holiness the Dalai Lama.

The US Innovation and Competition Act (also known as the Endless Frontier Act), provides $250 billion through investment in science to compete with China, also contains several important provisions on Tibet.

The nation was invaded by China in 1950. The citizens have lived under China’s military rule ever since. However, even after more than 70 years of occupation, Tibetans still defy China’s oppression.

Tibetans attempted to take back their country in an enormous uprising in March 1959. The protests were crushed with brutal force.

Fearing for his safety, the Tibetan’s young leader, the Dalai Lama, was forced to flee across the mountains to India, where he still lives today. Tibet was divided up and incorporated into Chinese provinces. The largest of these is the so-called “Tibet Autonomous Region.”

The US think-tank Freedom House ranked Tibet among the worst places globally for the denial of freedom.

“Tibet is ruled by the Chinese Communist Party government based in Beijing, with local decision-making power concentrated in the hands of Chinese party officials,” states the report.

“Residents of both Han Chinese and Tibetan ethnicity are denied fundamental rights. The authorities are especially rigorous in suppressing any signs of dissent among Tibetans, including manifestations of Tibetan religious beliefs and cultural identity. State policies, including incentives for non-Tibetan people to migrate from other parts of China and the relocation of ethnic Tibetans, have reduced the ethnic Tibetan share of the population.”