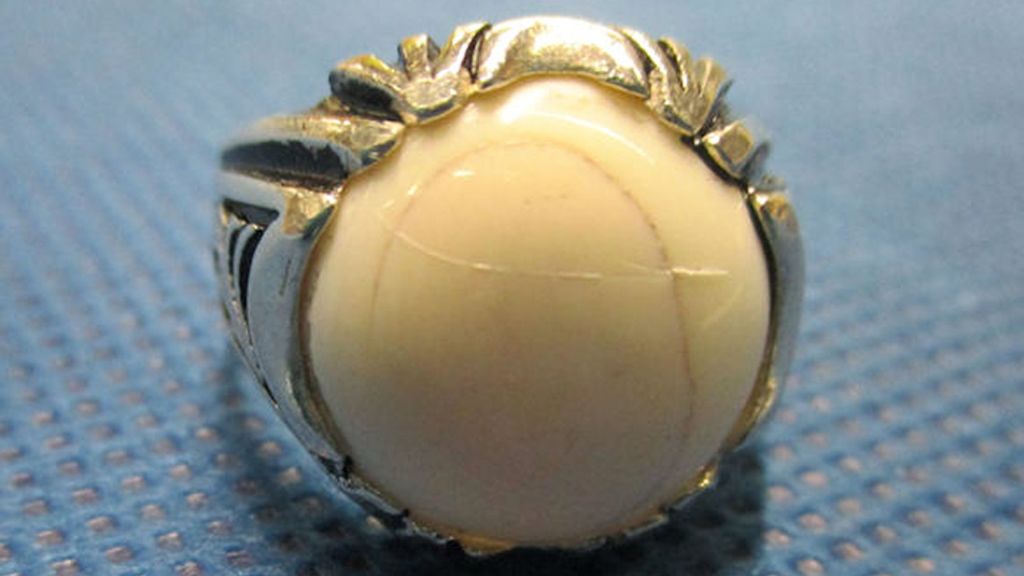 An illegal ivory jewelry piece that was seized by customs at the Leipzig airport in Germany. (Zollfahndungsamt Dresden/Zenger)

Customs officers seized several dozen illegal ivory jewelry pieces from a German citizen worth up to $13,000 per pound on the black market.

Officers from the city of Dresden in Germany confiscated about 60 pieces of illegal ivory jewelry from a man at the Leipzig airport.

The man remains unnamed, but the police reported he is 28 years old and tried to smuggle six prayer chains and 54 ivory chain links on June 9.

But this is not the first time Dresden officers have had trouble with this individual.

German officers seized seven mailed items including 20 chains, two rings, and an ivory walking stick at the end of 2020.

The illegal jewelry items in the package sent from Egypt and addressed to the man added up to nearly 4 pounds (1.8 kilograms).

After officers confiscated the items in June, the man was accused of illegally importing elephant ivory products into Germany and reselling them for profit without possessing an appropriate species protection permit.

According to the Convention on International Trade in Endangered Species of Wild Fauna and Flora (CITES), also known as the Washington Convention, the purchase, import, and trade of elephant ivory is a criminal offense under the Federal Nature Conservation Act.

Despite the law, around 20,000 African elephants are killed by poachers each year for their ivory tusks, according to the World Wildlife Fund.

According to the Wildlife Justice Commission, the price of raw ivory has generally been decreasing since 2018, especially in Africa.

In 2008, CITES suspended its ban on international ivory trade to allow a one-time sale of stockpiled ivory to China and Japan from four African nations. The intention was to flood the Asian market with legal ivory so that black-market buyers, sellers and poachers who previously supplied them would go out of business.

The partial legalization had the opposite impact, according to researchers from Princeton University and the University of California-Berkeley.

A 2016 study published by the National Bureau of Economic Research revealed that since the announcement of the temporary legal sale, illegal ivory production increased by about 66 percent and smuggling raw ivory out of Africa increased by about 71 percent.

Ongoing investigations by the Leipzig Public Prosecutor’s Office and the Dresden Customs Bureau might take some time to complete, the police said.

If found guilty, the man faces a prison sentence of up to five years.

«Previous Post
Police Hunt For Woman Who Disappeared With $10 Million In Cash From Armored Car Company»Next Post
Snakes And Shudders: Man Bitten On Penis By Escaped Snake In His Toilet