Nurses Organization says its members voted in “very high” numbers for three more strikes in protest of pay and conditions. 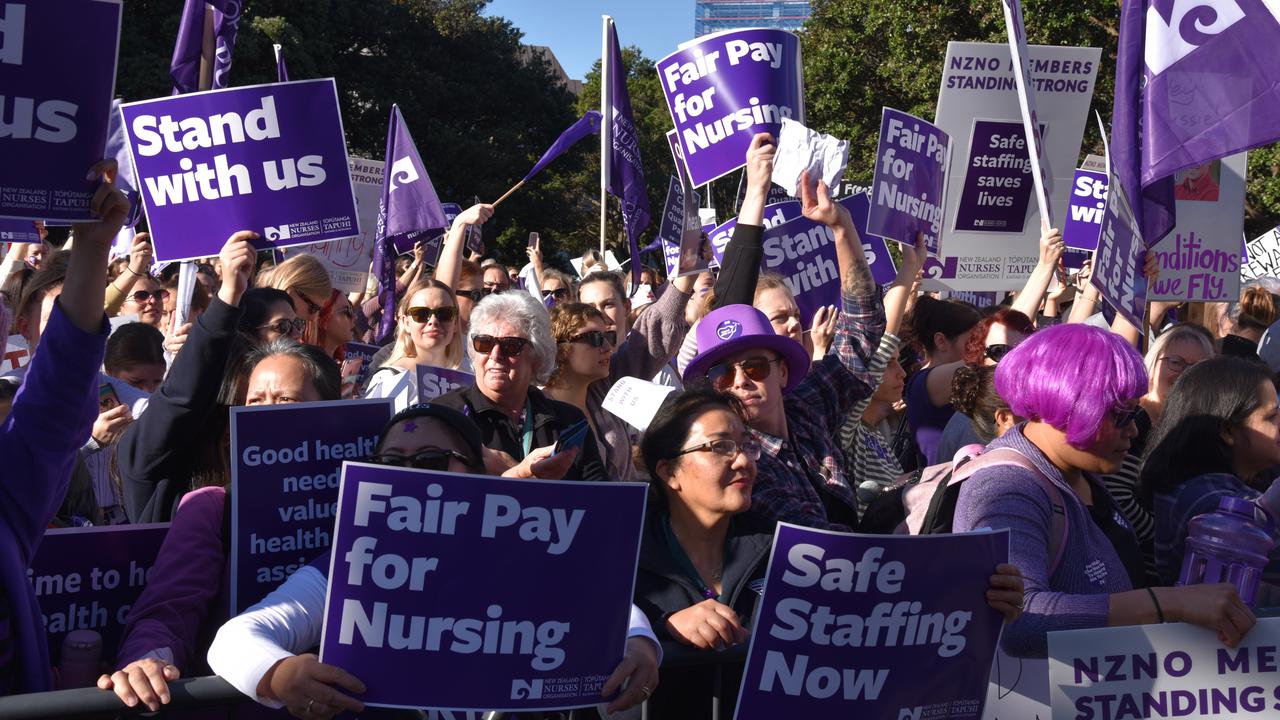 WELLINGTON, New Zealand — New Zealand’s nurses plan to walk off the job three times in the next three months in “history-making” defiance of Jacinda Ardern’s government.

As Australian health providers pitch to medical professionals to move across the Tasman Sea, Kiwi nurses are showing their dissatisfaction in their workplaces.

The Kiwi healthcare providers’ largest representative union, the New Zealand Nurses Organization, said its 30,000 members voted in “very high” numbers for the strikes in a nationwide ballot which concluded on July 6.

“The working conditions our members face can no longer be endured and that’s why our issues matter.”

The fresh industrial action follows a nationwide strike and rowdy rally at Wellington’s parliament in June.

The strikes have been scheduled for July 29, August 19, and September 9.

“This is a history-making set of actions that could take place over the next few months, but we will be continuing discussions … we remain committed to securing a deal that is acceptable to our members,” Wait said.

Ardern’s government has signaled wage restraint across the public sector in a deeply unpopular move with public servants — traditionally core supporters of her Labour party.

The government has pledged to send pay increases towards the very lowest paid, asking others to accept the status quo.

However, nurses are not accepting it, rejecting an initial offer that equated to a cut in real wages.

Wait said improvements had been made around the negotiating table, but the strike vote showed the impatience of his members.

Upping the ante is a bold bid by Queensland’s state government, facing its own nursing shortage, to attract staff from New Zealand.

Queensland has taken out ads in a prominent Auckland-based newspaper pitching better pay and conditions, as well as an improved lifestyle in the Australian Sunshine State.

“Our nurses, we believe, are the best nurses in the world, and we are losing them to Australia. That’s a very sad situation … it’s very worrying for the future of the profession,” she said.

“We are working hard to fix the problems we have with our nursing workforce here, both in terms of remuneration and filling the vacancies,” he said.

“I’ve been asking officials now for the last few weeks to accelerate the work on sorting out the pay equity issue.

“We’ve got to have a good offer to put to nurses and I’m hoping that will happen sooner rather than later.”