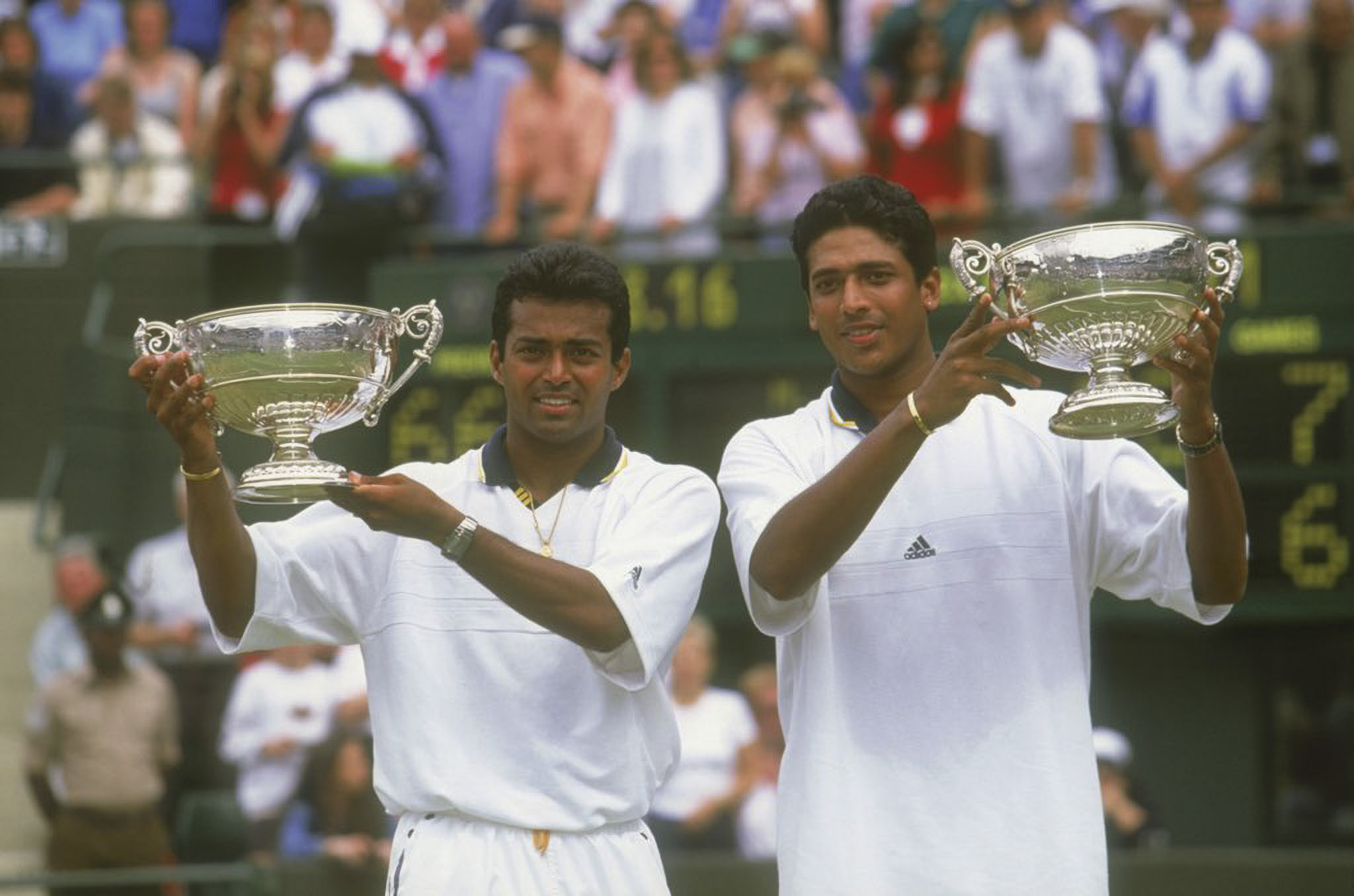 NEW DELHI — Leander Paes and Mahesh Bhupathi, popularly known as #LeeHesh, took the internet by storm on July 4 when they hinted at a possible reunion.

Fans and well-wishers — both from the sports fraternity and Bollywood celebrities congratulated them.

Paes and Bhupathi will be telling the story of their journey and relationship through the show created by award-winning directors Ashwiny Iyer Tiwari and Nitesh Tiwari who will be directing together for the first time.

“Their story will be unfolded fittingly on India’s OTT platform ZEE5,” said an official statement.

“There is lots more in store, and some key announcements will be made shortly.”

On the 22nd anniversary of their Wimbledon win in the men’s doubles category, Paes and Bhupathi on July 4 hinted towards something special, sending the Twitter users into a frenzy.

In 1999, Bhupathi and Paes became the first Indian pair to win at Wimbledon. In the same year, the duo had won the French Open as well.

Paes was awarded India’s highest sports honor, the Rajiv Gandhi Khel Ratna, in 1996–97; the Arjuna Award in 1990; the Padma Shri honor in 2001; and India’s third-highest civilian award, the Padma Bhushan reward in January 2014, for his extraordinary contribution to tennis in India. In the 1996 Atlanta Olympic Games, he earned a bronze medal in singles for India. From 1992 to 2016, he competed in seven Olympic Games in a row, becoming the first Indian and only tennis player to do so.

Bhupathi also has several accolades to his name. He was the first Indian to win a Grand Slam title in 1997 (with Rika Hiraki). He became one of just eight tennis players to win a career Grand Slam in mixed doubles when he won the Australian Open mixed doubles in 2006. He founded the International Premier Tennis League as well. Bhupathi was named India’s non-playing Davis Cup captain in December 2016, and he took over from Anand Amritraj in February 2017.

Paes and he became the first doubles pair to reach the finals of all four Grand Slams, the first time this had happened since 1952, and the first time in the open era. They became the world’s number one doubles partnership on April 26 of that year. Bhupathi and Ai Sugiyama of Japan also won the US Open mixed doubles.