The shipmaster of the APL England has been charged with taking a vessel to sea while unseaworthy.
By Cheryl Goodenough July 6, 2021
Facebook
Twitter
Linkedin
Email 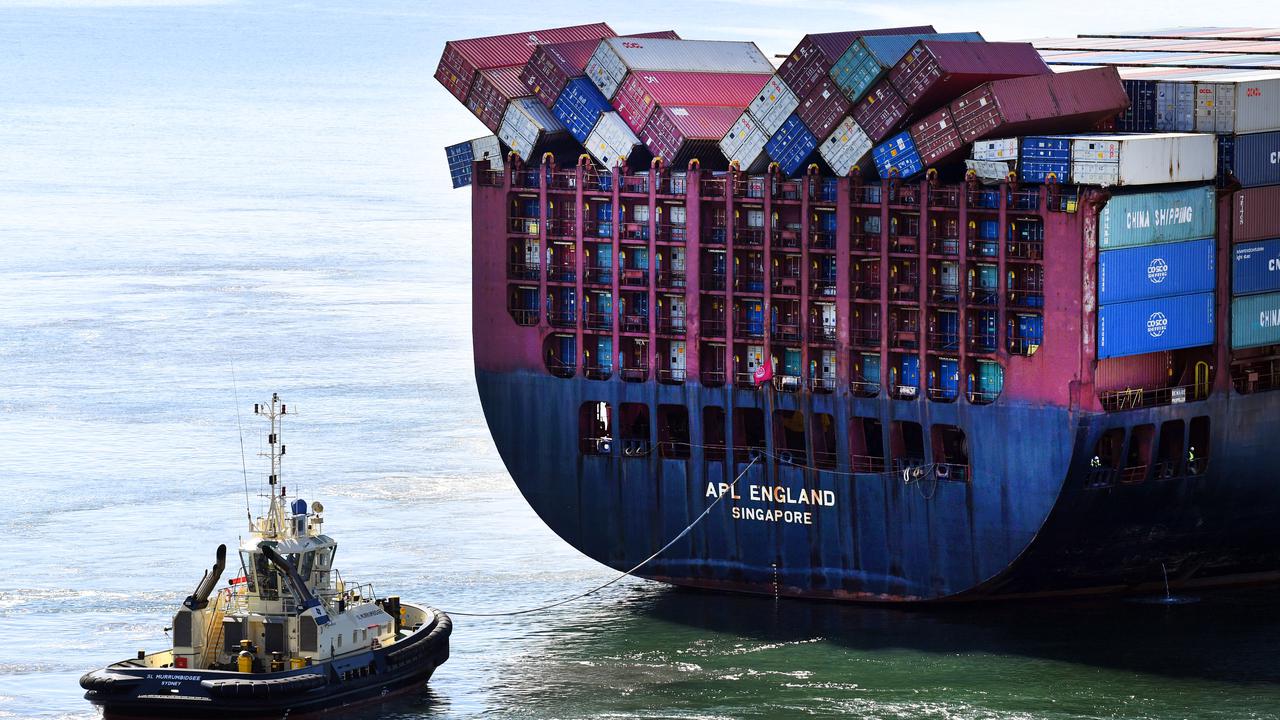 SYDNEY — A ship that lost dozens of containers overboard off Australia’s east coast had “severely corroded” lashing plates making it unseaworthy, a court has heard.

Shipmaster Mohd Zulkhaili Bin Alias is facing two charges after 50 containers toppled off the APL England when the vessel encountered rough seas while traveling to Melbourne from China in May 2020.

Containers and other debris washed up on New South Wales beaches, triggering a massive clean-up operation.

Alias is charged with one offense relating to the disposal of garbage from a ship into the sea between May 23 and May 28, 2020. 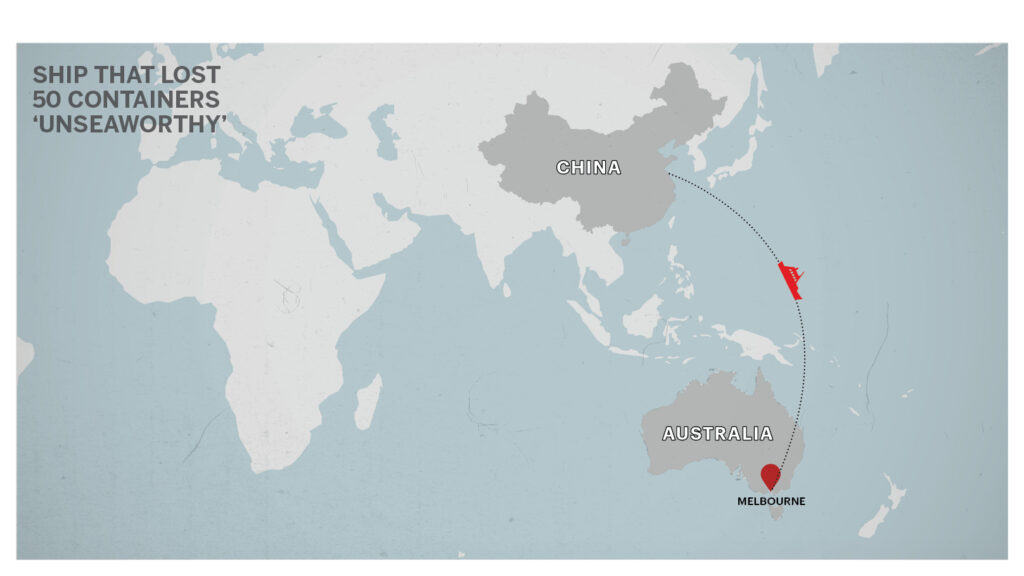 Another count of failing to ensure a vessel does not cause pollution has been replaced with a charge of taking a vessel to sea while unseaworthy between May 11 and 28.

Alias — a Malaysian citizen — was granted permission in June 2020 to leave Australia and return home.

The Crown’s evidence is the ship was “not safely loaded” in China, commonwealth prosecutor Nicholas Robinson QC told Brisbane Magistrates Court on July 5.

He said lashing plates— which are like u-bolts on the surface of the deck —were “severely corroded and much weaker than they ought to have been”.

In addition, turn-buckles—that connect poles holding the containers onto the lashing plates—were not tightened properly and the nuts on them not securely fixed, Robinson said.

“When the ship hit rough weather as anticipated, some 70 or so containers shifted and 50 of those containers went overboard,”

Robinson said the unseaworthiness offense related to the load not being securely and properly tied down to meet the “ordinary perils of a voyage”.

The application was opposed by the prosecution.

The APL England was ordered to the Port of Brisbane for inspection by Australian Maritime Safety Authority officers after losing the containers about 75km (46 miles) off Sydney.

The court heard the witnesses were two port surveyors and a coxswain, all from the Australian Maritime Safety Authority.

The coxswain cut four lashing plates from the deck for forensic examination, saying they represented the standard of plates he could see without going into the bays where containers were lost because they were still in a “precarious” position and in need of work, Robinson said.

Harburg said the defense wanted to question the coxswain about the lashing plate sample selection and the port surveyors’ area of specialized expertise.

“Two (of the) witnesses both give a conclusion as to what happened, how it happened and that the vessel was unseaworthy without … tracing through a methodology,” she said.

Magistrate Paul Byrne said shipping lines know how bad the weather can get.

“There’s a knowledge in the back of their mind a lot of stuff can go wrong,” he said.

“So you don’t tie the load as if you’re driving it up from the Gold Coast to come to Brisbane on a fine day when you’ll get here before sunset.

“You have to face what the sea can dish out.”

Byrne said an extreme adverse weather event would be the minimum the loading should be for.

“I can’t imagine it being anything but that, because this is not a new area of human endeavor,” he said.

Byrne has refused the application for the cross-examination of the witnesses.

The case is listed in the same court on July 23, with the committal to be heard on a date yet to be decided.