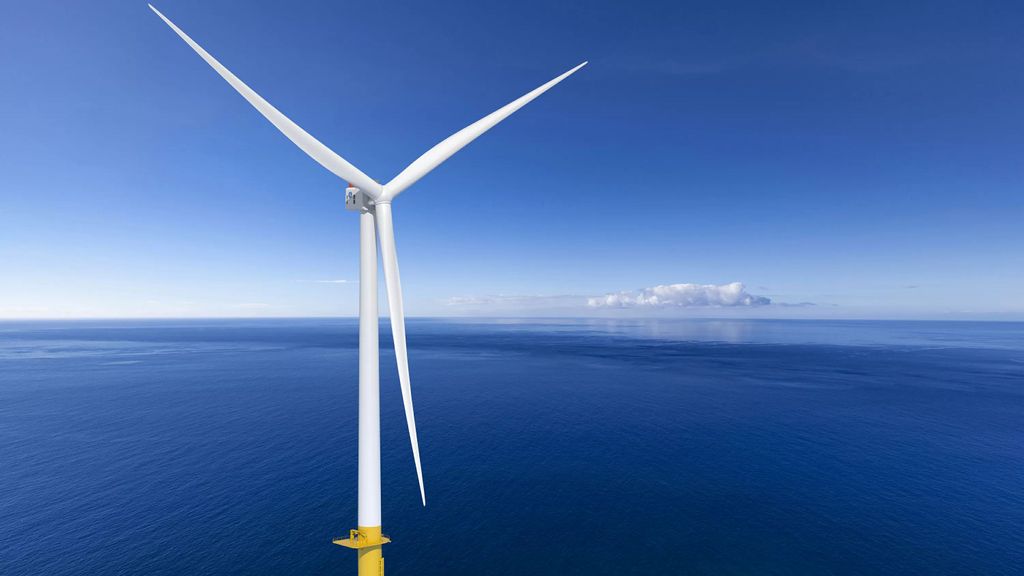 New Jersey has approved two giant off-shore wind farms in the biggest single go-ahead to energy creation at sea in the U.S. — but at least one will almost certainly face legal action from opponents.

The two projects, Atlantic Shores and Ocean Wind 2, will see a total of 193 wind turbines that reach hundreds of feet into the air built as close as 10.5 miles off the South Jersey coast. They will generate enough electricity to power more than one million homes.

Atlantic Shores will be visible from beach towns north of Atlantic City and the resort itself, while Ocean Wind 2 will be further south, off Cape May. Atlantic County says its tourist industry is its biggest single employer.

The move will help build up the nation’s nascent supply chain for an industry the Biden administration is counting on to meet its climate goal.

However, one of the projects is facing a lawsuit from at least one local group concerned with what it says will be the negative impact on tourism, marine life and fishing activities.

The New Jersey Board of Public Utilities on June 30 awarded a contract to develop 1,509.6 megawatts of capacity to a project to be developed by Atlantic Shores Offshore Wind, a joint venture between EDF Renewables North America and Shell New Energies U.S.

The board also awarded 1,148 megawatts of capacity to Ocean Wind 2, a project to be developed by Ørsted, the largest offshore wind farm developer in the world. It is already developing Ocean Wind 1, which adjoins the newly approved projects.

Taken together, the approvals represent the nation’s largest combined offshore wind award to date and come as President Joseph R. Biden Jr. has set a national goal of having 30 gigawatts of offshore wind generation capacity installed by 2030.

The United States has been a global leader in installing onshore wind generation capacity, but at the moment only two small offshore wind farms are in operation, totaling just 42 megawatts of capacity.

The development, construction and operational phases of the newly awarded New Jersey projects will create 7,000 full- and part-time jobs, and the farms will generate $3.5 billion in economic benefits and power 1.15 million homes, the utilities board said.

The companies have committed to using the New Jersey Wind Port, a planned facility on the east shore of the Delaware River at New Salem Creek, for assembly of nacelles.

They are the key components that convert the mechanical energy of spinning wind turbine blades into electricity. There will also be a facility for manufacturing the turbines’ foundations at the Port of Paulsboro, New Jersey.

New Jersey officials are betting on both ports positioning the state as a key offshore wind hub for the development of other wind farms along the East Coast as the U.S. offshore wind energy sector grows.

The Bureau of Ocean Energy Management, the main federal permitting body for offshore wind farms, has made a flurry of announcements this year.

In March it announced an environmental review — a key permitting step — for another project off the coast of New Jersey and followed that in April with a similar announcement for a project offshore Rhode Island and Massachusetts.

In May, it approved the first major offshore wind project in U.S. waters off the coast of Massachusetts.

It has proposed a lease sale for offshore wind development in shallow waters between Long Island, New York, and the New Jersey coast. On July 1, it announced environmental review of a proposed wind energy facility offshore Virginia.

Ørsted, in partnership with Public Service Enterprise Group, is already developing a project off New Jersey called Ocean Wind 1. The project awarded by the state’s utilities board on June 30 is called Ocean Wind 2.

Joseph Fiordaliso, president of the New Jersey Board of Public Utilities, described this week’s awards as a victory in the fight against climate change, noting the heat wave that has gripped the Northwest recently.

“The weather patterns are beyond imagination,” he said. “When it comes to climate change, doing nothing is not an option.”

Industry reaction to the news was warm.

“We are very glad to see great companies such as these moving forward on their plans” said Fabio Fracaroli, head of Hitachi ABB Power Grids’ North America renewable energy segment.

By supporting more than one developer, each using different turbine manufacturers, the New Jersey decision is “good for competition and bringing new investors into the market and bringing prices down,” said James Tynion, partner with Morgan, Lewis & Bockius, a law firm with a renewable energy practice.

David Hardy, CEO of Ørsted Offshore North America, called the decision a “critical first step” by giving the company a customer to sell power to from its Ocean Wind 2 project.

But not everyone was happy about the board’s decision.

She is worried about how the tourism industry might be affected if people can see wind turbines on the horizon. She also said the farm will pose problems for migratory birds, the endangered North Atlantic right whale and the fishing industry.

The volunteer group, which includes Long Beach Island home and business owners, had previously called on the utilities board to not make a decision about the power level of the Atlantic Shores project until more environmental assessment was done. It estimates wind farm activities, as currently envisioned, would mean the loss of more than $300 million in tourism revenue.

“We will take legal action,” Stern said. He declined to detail a specific legal strategy but said: “We will have ample legal opportunities here.”

Both Atlantic Shores and Ørsted have agreed to contribute money to fund wildlife and fishery monitoring in the region. The utilities board said the projects have “strong environmental and fisheries protection plans.”

The New Jersey board anticipates opening another offshore wind solicitation for at least 1,200 megawatts of capacity next year.