After the fiasco around her passport, Ranaut finally arrived in Hungary to shoot for her upcoming movie “Dhaakad.” 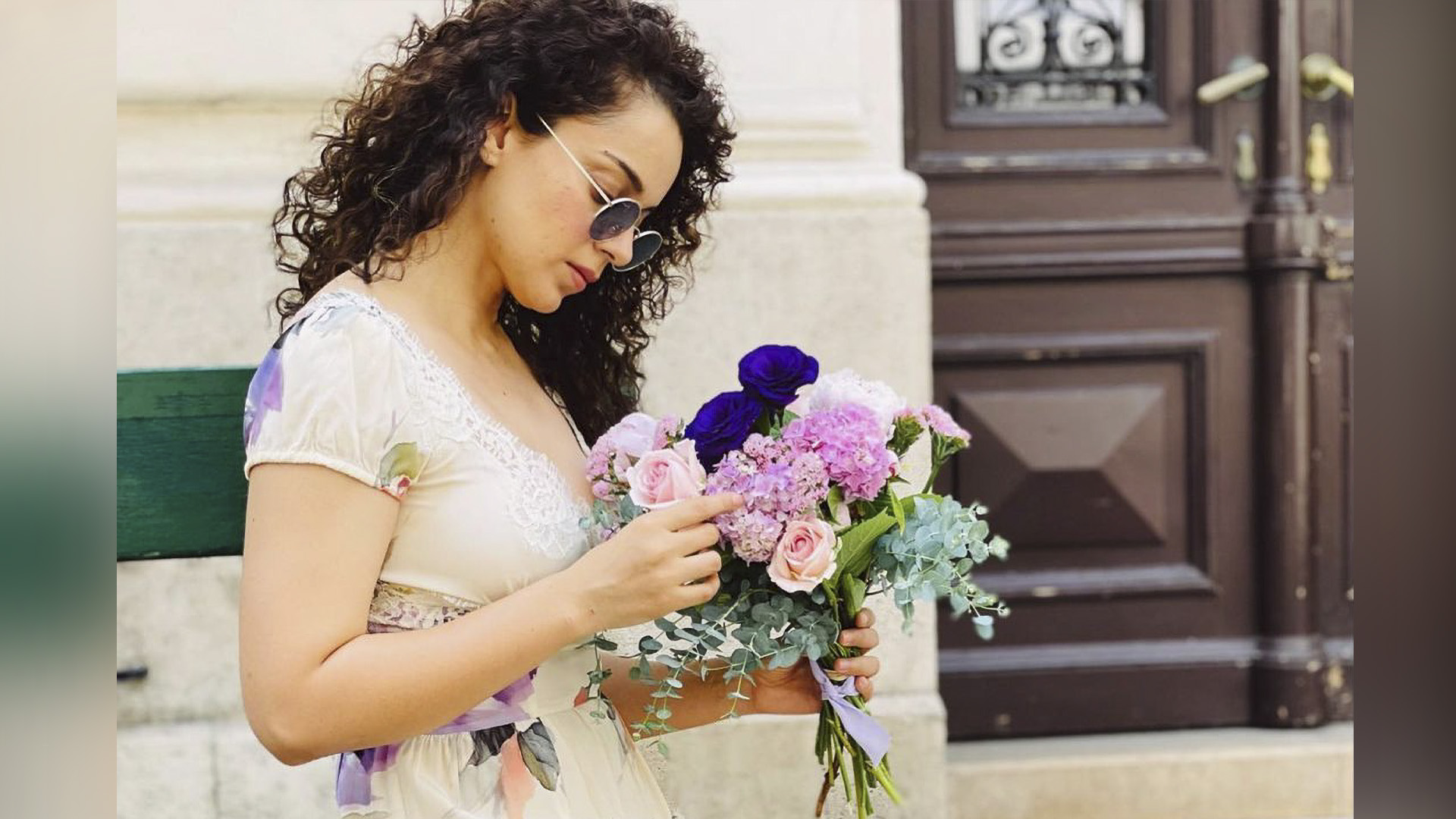 Kangana Ranaut shared photos of her day out in Budapest on social media. (kanganaranaut/Instagram)

NEW DELHI — Bollywood actress Kangana Ranaut, on July 5, shared a series of pictures on social media, feeling the romantic vibes in Europe, on the sets of her upcoming film Razneesh Ghai’s “Dhaakad.”

Taking to her Instagram, the actress decided to pose aesthetically for a dreamy photoshoot for which she specifically purchased a bouquet of flowers. The actor served major romantic feels and decided to don a new avatar for her recent photoshoot.

In the series of pictures uploaded by the 34-year-old actress, Ranaut donned a floral midi dress with a pair of sunglasses while on the sets of “Dhaakad” in Budapest, a city in Hungary.

She posed around the blocks of Hungary and decided to play the “Bolly Bimbo” to shoot the typical Instagram-type photos for her fans.

In another post, the actress could be seen walking around the city in flats. She informed her fans that she purchased a bouquet of colorful flowers for the purpose of the photoshoot and to get her “Insta game right.”

“Bought these flowers to get my insta game right …. Might be a fatal blow on my self-respect, but my vanity is gloating… (sic)”

“No really it’s nice to be here and clicking these self-indulgent pictures (sic),” she captioned the picture.

Fans have been showering Ranaut with love in her comments section.

Ranaut will join co-actor Arjun Rampal and soon start shooting in the city. The “Ra. One” actor has been spending quality his son, Arik, and girlfriend Gabriella Demetriades.

The “Queen” actress landed in Budapest last week and has been treating her fans by posting pictures on her social media. Recently, the actress was in the news over the renewal of her passport. However, the problem was solved, and the actor seems to be enjoying herself in Hungary’s most populous city.

The first schedule of the film was wrapped this year in February. The actress made an official announcement via her now-inactive Twitter handle, thanking the movie crew and stating that the movie is going to be something “spectacular.”

“Dhaakad” is a thriller that focuses on sensitive issues like crimes against women and child trafficking. Ranaut plays the character of a spy called Agent Agni. Apart from Ranaut and Rampal, the film also stars Divya Dutta in a key role.

All set to release on October 1, the film is co-written by Chintan Gandhi and Rinish Ravindra. It will be produced by Sohel Maklai Productions, Asylum Films, and Qyuki Digital Media.

Meanwhile, Ranaut’s upcoming movie projects include “Thalaivi,” which is based on the life of the Indian state of Tamil Nadu’s former chief minister, Jayalalithaa. She also has “Tejas” and “Dhaakad” in her kitty. “Manikarnika Returns: The Legend Of Didda” is also in the pipeline.