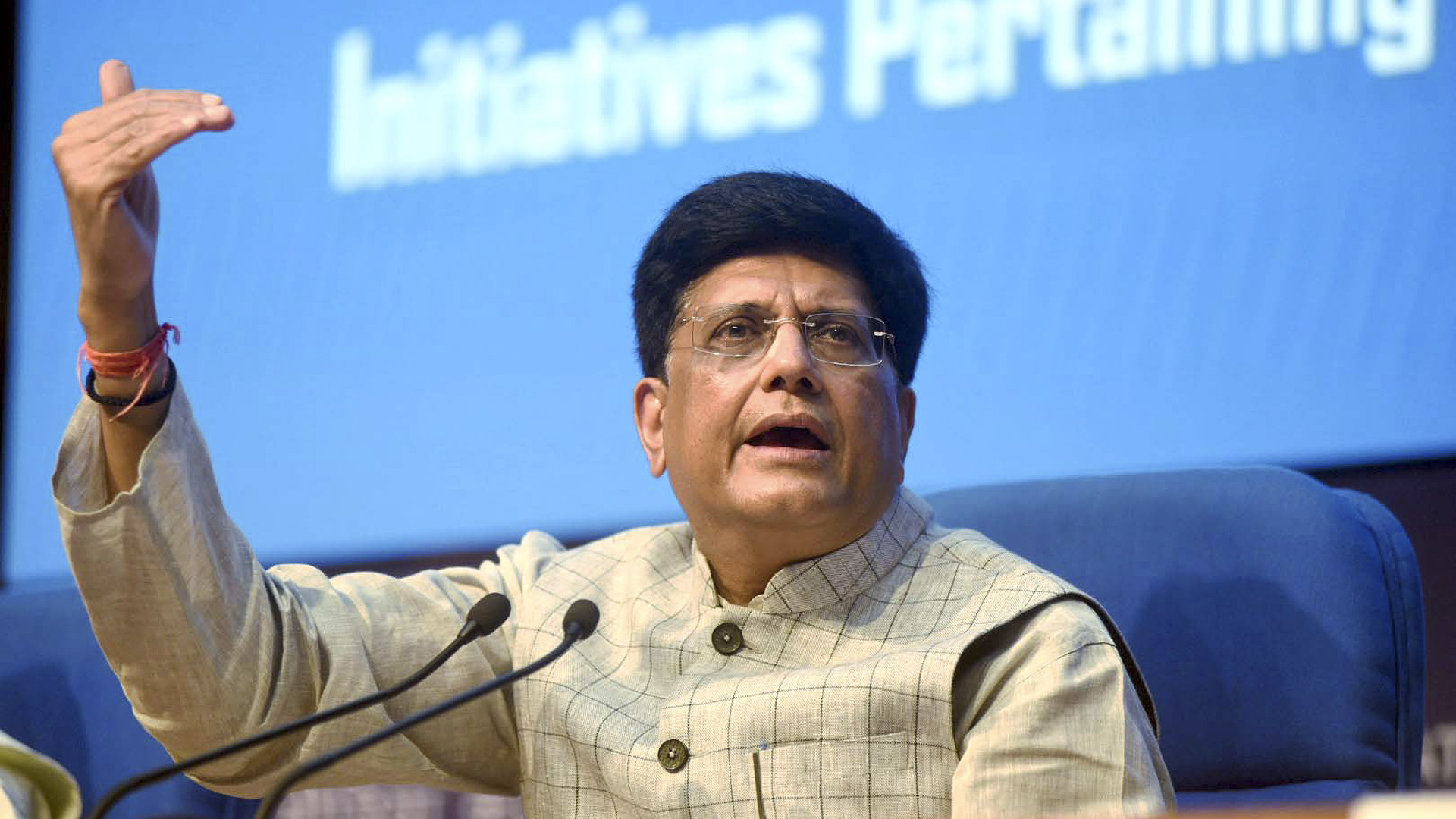 India’s Union Minister for Commerce and Industry Piyush Goyal announced a target of $400 billion in merchandise exports for the country for the fiscal year 2021-22. (pib.gov.in)

NEW DELHI — India’s Union Minister for Commerce and Industry announced a target of $400 billion in merchandise exports for the country for the fiscal year 2021-22.

“India recorded the highest ever exports in the first quarter of April-June 2021,” Goyal said at a press conference.

“The highest ever merchandise export in a quarter of $95 billion has been achieved from April to June despite the severity of the second wave of Covid-19. In collaboration with private industry, Micro, Small, and Medium Enterprises sectors, engineering, agriculture, automobile, steel sector, we have set an export target of $400 billion. We all will work together to achieve this target,” Goyal said.

The Press Information Bureau released a statement saying Goyal was confident that $350 billion worth of service exports can be achieved by 2025 and may go up to $500 billion “very soon.”

The country received an FDI inflow of $6.24 billion during April 2021, a rise of 38 percent from April 2020, the press release from the government said.

Goyal said startups recognized by the Department for Promotion of Industry and Internal Trade (DPIIT) had crossed 50,000 across 623 districts. The DPIIT is a union department under the Ministry of Commerce and Industry.

“Several times more have benefited from the Startup ecosystem. We have established a fast-track mechanism for granting patents to the startup sector. There are enough avenues of facilitation without giving subsidies. India has competitive advantages and also offers comparative advantages for the world market.”

Goyal also spoke about the recent amendments to India’s e-commerce rules under the Consumer Protection Act.

India proposed stricter amendments to its Consumer Protection (E-commerce) Rules, 2020, to create a level playing field after several complaints against unfair trade practices and “widespread cheating” in the e-commerce sector.

Under the proposed amendments, e-commerce firms like Walmart-owned Flipkart and Amazon are facing tighter compliance asks, from liability for sellers on its platform to banning fraudulent flash sales.

“E-commerce policy will not be changed for Foreign Direct Investment,” Goyal said.

“Will soon clarify on provisions of Foreign Direct Investment in e-commerce not being followed. We believe that our most important stakeholder is the consumer, and we wanted to make sure that consumer protection prevails over everything else.”