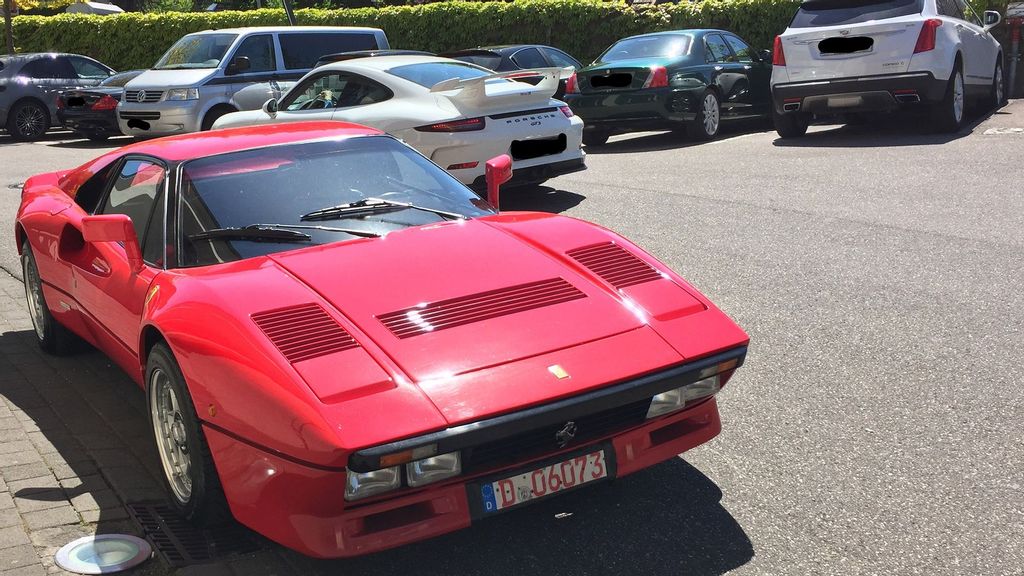 The $2.8 million Ferrari that was stolen during a test drive in Germany in 2019. (Polizei Dusseldorf/Zenger)

The man who stole a rare $2.8 million Ferrari that once belonged to British ex-F1 driver Eddie Irvine has finally been arrested by the German police.

The police finally nabbed the 45-year-old French national, who made headlines two years ago for allegedly stealing a rare Ferrari model in the German town of Grevenbroich during a test drive.

The man, who was not named by local media, reportedly stole the 1985 Ferrari 288 GTO after he posed as a prospective buyer and took it on a test drive in the German city of Dusseldorf in May 2019.

According to police reports, the Frenchman and the seller went on a test drive for around six miles from the city of Dusseldorf to the city of Neuss after which the seller got out of the vehicle to swap places with the aspiring buyer.

Instead of returning the vehicle back to the owner, the 45-year-old hit the gas pedal and fled, while leaving the seller puzzled six miles away from the classic car dealership where the car was being shown.

He immediately reported the 45-year-old who was declared missing by the German police.

The rare Ferrari 288 GTO sports car, one of 272 produced between 1984 and 1987, was found shortly afterward in the town of Grevenbroich located to the southwest of Dusseldorf.

A police spokesperson and the classic car dealer both told local media at the time the car was found that it was somewhat surprising it had been stolen in the first place. Because it’s such a rare and notable vehicle, painted in Italian “Rosso Corsa” red, the thief would have been unable to sell it on the open market.

According to local media, the first owner of the stolen car was former F1 driver Eddie Irvine from Northern Ireland, a teammate of F1 legend Michael Schumacher, who won four Grand Prix during his career between 1993 and 2002.

Nevertheless, fingerprints found on the car, a surveillance photo from the classic car dealership of the man examining the car and further investigations later led authorities to locate the man in the city of Beauvais, where he was serving a prison sentence for a similar crime he committed in France.

After the man completed his two-year sentence in his home country, he was immediately extradited to Germany and handed over to the federal police last week.

He was accompanied by two police officers during his flight from Paris to Frankfurt Airport in Germany.

After he arrived, the 45-year-old suspect was imprisoned in a correctional facility in Dusseldorf where he awaits trial for commercial theft.

The Ferrari 288 GTO was originally intended for Group B rally racing, but when that failed to take off, the company pivoted, producing 272 models for the road.