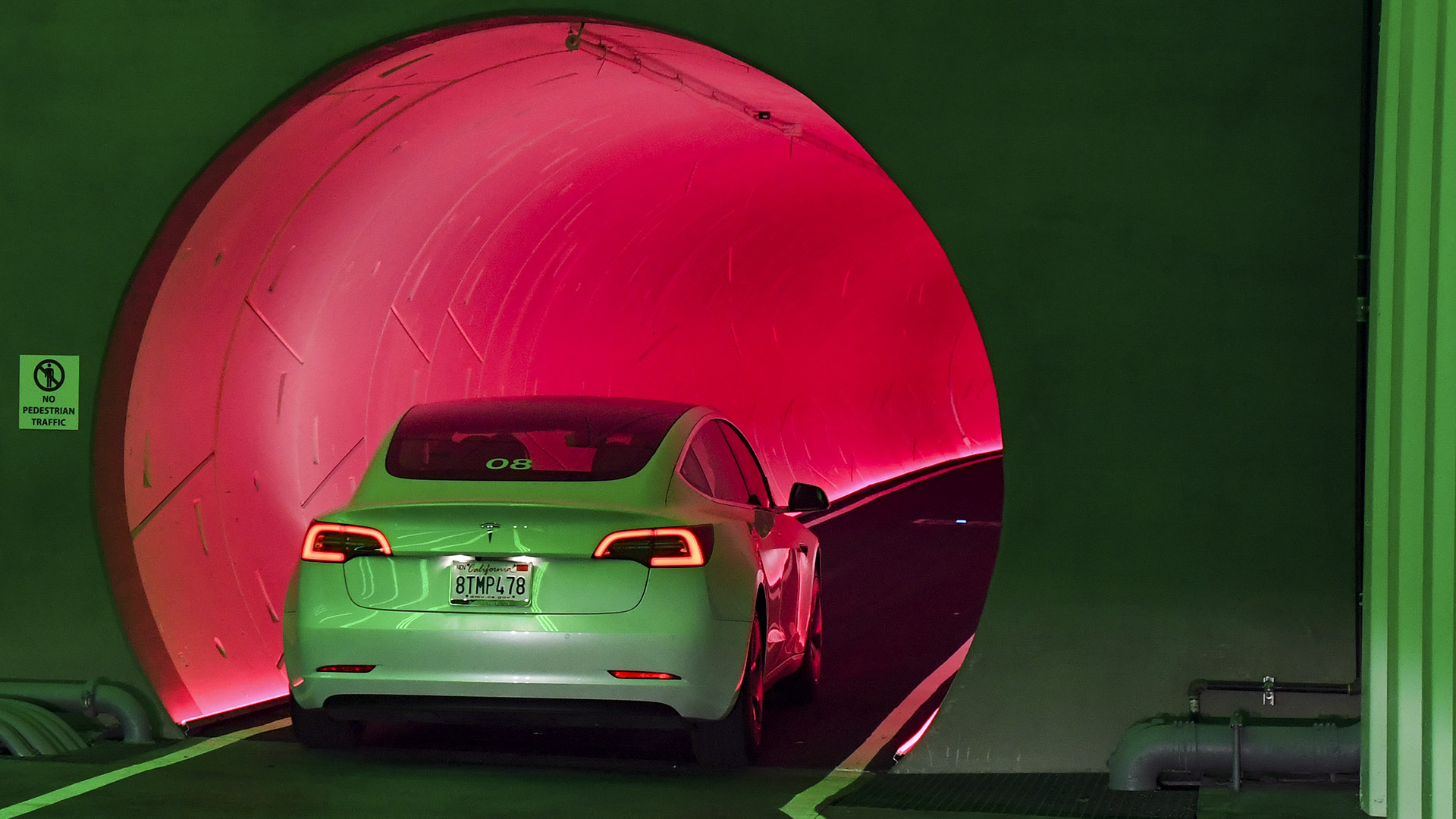 A Tesla car drives through a tunnel in the Central Station during a media preview of the Las Vegas Convention Center Loop in Las Vegas, Nevada. (Ethan Miller/Getty Images)

“Fort Lauderdale has received a proposal from Elon Musk’s The Boring Co. to build an underground transit loop between downtown and the beach. Called “The Las Olas Loop,” this represents an innovative and unprecedented approach to addressing traffic congestion and transit needs,” Trantalis tweeted.

Musk’s Boring Company has only dug three tunnels so far — a test tunnel in Los Angeles and two 0.8-mile tunnels underneath the Las Vegas Convention Center — and has yet to be proven out as a functional transit system.

Musk’s early idea of an underground transit system for high-frequency autonomous electric “sleds” capable of carrying dozens of people has been scrapped in favor of a system that can only accommodate individual Tesla vehicles. Industry experts have cast Musk’s efforts as little more than “hot air.”

Nonetheless, Musk has managed to impress a handful of city officials with his concept of Teslas ferrying passengers through neon-lit tunnels. In addition to Fort Lauderdale, The Boring Company has also proposed a $30 million loop system in Miami.

Previous projects, such as a proposed 35-mile Washington, DC-to-Baltimore tunnel and a Chicago loop system, appear to be canceled as of now.

According to city officials, The Boring Company reached out earlier this year to “discuss underground alternatives to the construction of a high-rise commuter rail bridge over the New River.”

“The underground transit loop would provide quicker and more efficient access between downtown and the beach as well as alleviate street-level traffic,” the city of Fort Lauderdale said in a statement.

“Fort Lauderdale would be the first city on the East Coast – and only the second city in the world – to benefit from The Boring Co.’s technology. Their existing underground loop in Las Vegas was built in about a year and was launched earlier this month. It runs the breadth of the region’s massive convention center and is in the process of being expanded throughout the city.”

Additional details about the Fort Lauderdale proposal, such as the length of the tunnel and the total cost, are still unknown. The city says that state law prohibits the release of the specifics of the plan until the competitive process is concluded.

The City Commission is scheduled to vote on whether to accept the proposal on July 2, during which time other firms can come forward with competing ideas.