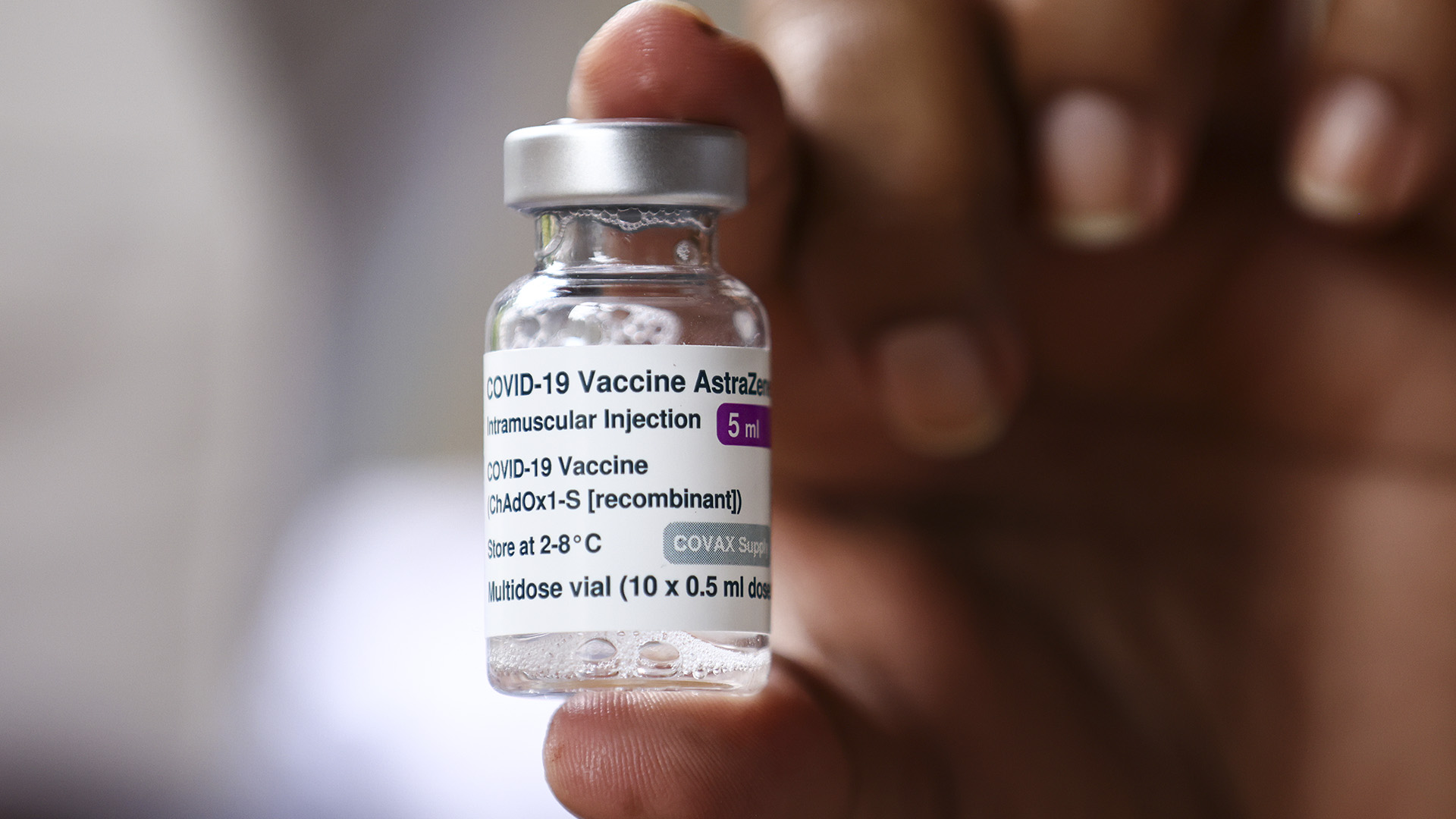 A public health worker displays a vial of the AstraZeneca vaccine at a Covid-19 vaccination clinic. (Mario Tama/Getty Images)

YAOUNDÉ, Cameroon — There was little activity at the Central Hospital of Yaoundé Covid-19 vaccination center at noon on June 28, a fortnight to the five-day national immunization campaign.

Covid-19 vaccination exercise starts from 9 a.m. to 2 p.m., but by noon, there is no one at the center except four staff members.

The Central Hospital of Yaoundé is Cameroon’s largest hospital, located in the capital, Yaoundé.

This was the same situation at another Covid-19 vaccination center at the Yaoundé Gynaeco-Obstetric and Pediatric Hospital in Ngousso when Zenger News reporter visited on June 26.

Amid the third wave of Covid-19 that is devastating countries in Africa, Cameroon is stepping up campaigns to increase the alarmingly low vaccination rate.

“We hope to vaccinate 2.5 percent of the total 26 million people [in Cameroon] from 18 years and above. But, in the long term, we are aiming at vaccinating 40 percent of the population. The country is also ready to receive 5.3 million doses of Johnson & Johnson.”

The World Health Organization fears the vaccines in Cameroon would expire on August 23.

Misinformation and unfounded rumors are driving the low vaccination rate in the country.

“I saw my superior collapse and was revived after taking a jab. She was hypertensive and diabetic. Then, a chief in my village died after taking the jab. You see, all these government officials are not actually vaccinated.”

Malachie, led by example, taking the first jab on April 12. But, analyzing the video, many Cameroonians like Maya say the syringe did not penetrate his body, arguing it was all a public show.

“I live with a doctor, and he discouraged us from taking the vaccine,” Glovis Ntein, a student at the Siantou University Institute, told Zenger News.

Reported side effects in some European countries of certain doses, such as Oxford-AstraZeneca, have discouraged Cameroonians from heading to vaccination centers.

“When I took the first dose, I had a slight headache and more intensified headache for about four days after the second jab,” Wilfred Mbacham, a virologist, told Zenger News. “But did not feel the pain on the vaccination spot.”

“I went for anti-body checks after the first dose, but they found my cellular immune system was highly stimulated. That is what offers protection against the coronavirus.”

Mbacham is the program management committee chair of the African Regional Cooperative Agreement for Research, Development, and Training related to Nuclear Science and Technology.

Another problem is that some people do not go back for the mandatory second dose, which Mbacham likened to those who have not been inoculated.

“They are not protected. They are lucky not to have been infected after the first dose.”

As of June 6, the Covid-19 vaccination situation, according to the Enlarged Program of Immunization, out of 66,216 people who got the first dose, only 14,229 returned for the second.

“Despite the communication strategy elaborated by the Ministry of Public Health and its partners on the vaccination against Covid-19, mobilization of people is limited,” said the United Nations Office of Humanitarian Affairs in its analysis for the low vaccination turnout.

“The multiple-dose vaccines discourage recipients, and there is a general lack of follow-up and mobilization strategy for the second dose of the vaccine,” said the report.

The third wave of Covid-19 is sweeping across more than ten countries in the continent, among them the Democratic Republic of Congo, Uganda, and South Africa.

Most are affected by the Delta variant first identified in India.

Though not yet in Cameroon, there are fears the third wave might be catastrophic if the population does not embrace immunization.

“This would be a bigger burden, more costly for the state to handle,” Ateke said.

He suggested mixing the Oxford-AstraZeneca and Sinopharm vaccines for the second dose.

“The underlining issue is for the vaccines to trigger protection as they target the spike protein.”

Many variants of the virus are circulating in Cameroon.

The country registered three variants in October 2020. In December 2020, there were already eight variants. In addition, a variant from Central Africa was identified among travelers.

Mbacham is leading a group of pathogen genomics in Cameroon following the evolution of the virus in collaboration with Redeemers University in Nigeria to ensure that no more new variants come into Nigeria and Cameroon.