Tourist fell down a ravine as he waited to join a climb to the peak.
By Georgina Jadikovskaall July 6, 2021
Facebook
Twitter
Linkedin
Email 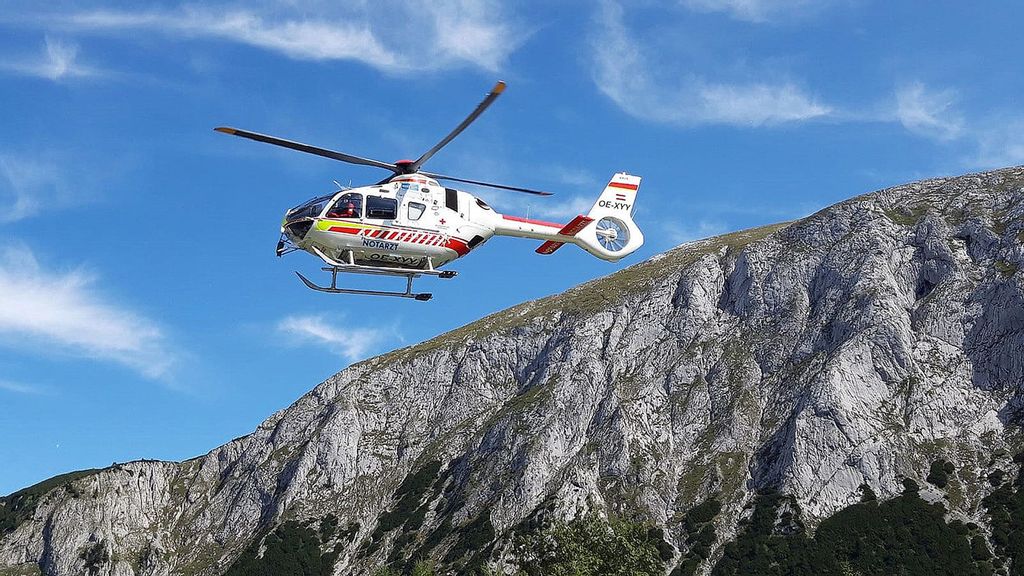 A helicopter involved in the search for the 73-year-old American man who died while hiking in Germany. (BRK-BGL/Zenger)

An American tourist died on July 3 after he fell while hiking in the Bavarian Alps.

The 73-year-old man, whose name was not released by police, fell 361 feet during a hike on Jenner Mountain at the northern end of Konigsee Lake in Bavaria at around 2:30 p.m.

Jenner Mountain, 6,148 feet tall at the summit, is part of the Göll massif in the Berchtesgaden Alps. Popular hiking trails there lead to the Hohes Brett and Scheibstein peaks, and to Berchtesgaden National Park in the south. It is reachable via cable car.

The man who died had joined a tour on the mountain. He arrived by train before the rest of the group arrived at the peak following a long climb. He apparently lost his balance on the rocky terrain and fell backward, according to Berchtesgaden District Police.

The man suffered severe injuries that cost him his life and there was no opportunity to save him, police said.

A Hamburg man who saw the accident climbed down what police called a challenging rock face to administer first aid, according to the Bavarian Red Cross. He quickly realized it was too late to rescue the victim, and made an emergency call to the Berchtesgaden Mountain Rescue service. Volunteers headed to the scene by train.

Separately, a medical team arrived by helicopter and pronounced the man dead. Police flew his remains off the mountain. Rescue workers remained at the scene to offer psychological support to the group of hikers who reached the peak only to learn of the man’s death.

Police and rescue agencies have not said whether the man had relatives on the hiking trip along with him.

Berchtesgaden is a German town on the Austrian border. It is the location of Adolf Hitler’s Eagle’s Nest retreat, the Kehlsteinhaus, which became infamous during the Nazi era.

Jenner Mountain is also the site of an Alpine ski resort, making it a popular destination for ski mountaineers.

An 84-year-old hiker fell to his death in the Bavarian Alps in July 2018. He is believed to have fallen about 328 feet after losing his balance while climbing the western flank of the Brecherspitz, a peak near the border with Austria. There are striking views of Schliersee Lake from that mountain.

The German federal state of Bavaria includes Lake Constance, Franconia, the state capital city of Munich and the Alps. The Bavarian Alps cross the border into Austria. The Alpine region is considered among the most beautiful and picturesque in Germany.