A protective wall in Veracruz safeguarded port citizens from pirates and foreign invaders. 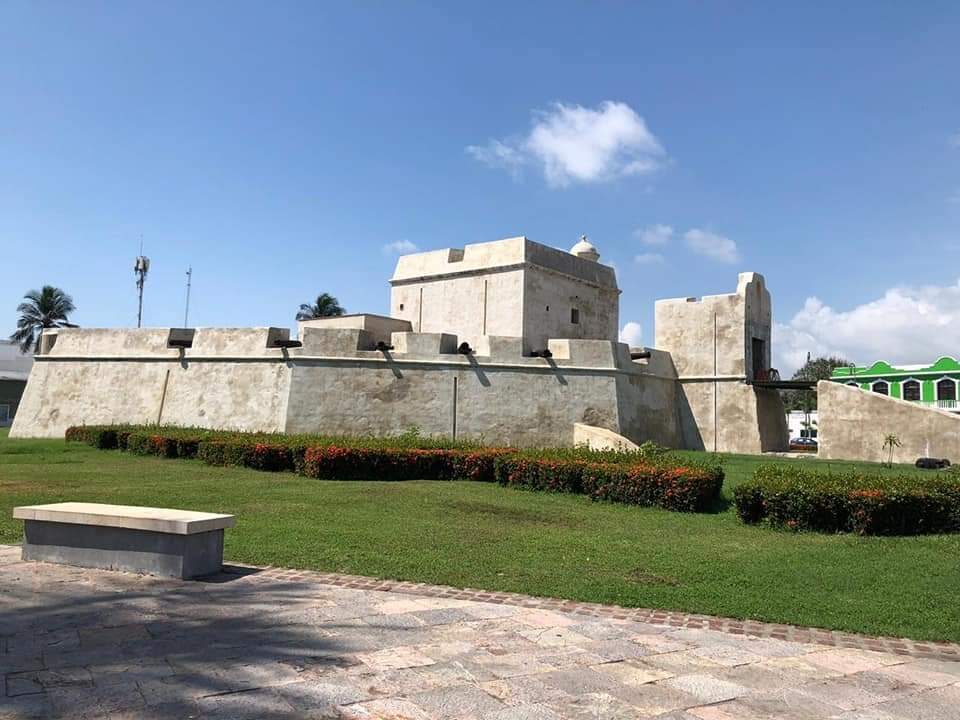 The Bastion of Santiago was built during the colonial period, when the city of Veracruz was fortified. (Christian Valera Rebolledo/Café Words)

Like many ancient cities, the port of Veracruz was once fortified. Today, the Bastion of Santiago bears witness to that fact.

A wall surrounded the city between 1683 and 1880. People from Veracruz say it saved hundreds of lives during the invasions. The Bastion of Santiago had political and economic advantages in the 17th century, but today, it is a historical treasure.

Located in the Gulf of Mexico’s southern coast, it was one of nine bastions used to protect the city from foreign invasions, as well as pirates prowling the port.

“While the Bastion of La Caleta or La Concepción was located to the north, that of Santiago or La Pólvora (“the powder”) was in the south. The latter was built with ashlars brought from Campeche, which were square stones, and irregular stones from Veracruz. They were all put together using masonry,” said Concepción Díaz Cházaro, Veracruz’s official chronicler.

The bastion’s structure is hexagonal. It has a ramp at the entrance and a long path where tourists can appreciate in detail the fort’s construction materials, from stone to various types of coral.

Also known as the Baluarte de la Pólvora (the Gunpowder Bastion), the fort served as a warehouse for war material. It protected the port against French bombers on November 27, 1838, and against United States forces on March 22, 1847.

During Porfirio Díaz’s dictatorship at the beginning of the 20th century, the president decided to expand the city of Veracruz and build the port. Construction workers demolished components of the fort, and only the Bastion of Santiago remained standing.

Almost 80 years later, the site opened its doors as a museum and the National Institute of Anthropology and History (INAH) declared it part of Mexico’s historical heritage.

In the museum, visitors can discover “the fisherman’s jewels,” 42 pieces of jewelry and gold bars a sea worker found in 1976 at the bottom of the sea. This treasure bears witness to how much Veracruz sent to Spain during colonial times.

“Along with San Juan de Úlua [an ancient prison], the Bastion of Santiago is a historical architectural treasure of Veracruz. And it protects another treasure — the fisherman’s jewels — in addition to some other relics and pictures of the foreign invasions that our country suffered,” said Díaz Cházaro.

Visitors can also see the cannons that defended the port. Walking down some narrow steps on the second floor, they can discover a breathtaking view.

For now, the museum is closed and undergoing a renovation process.