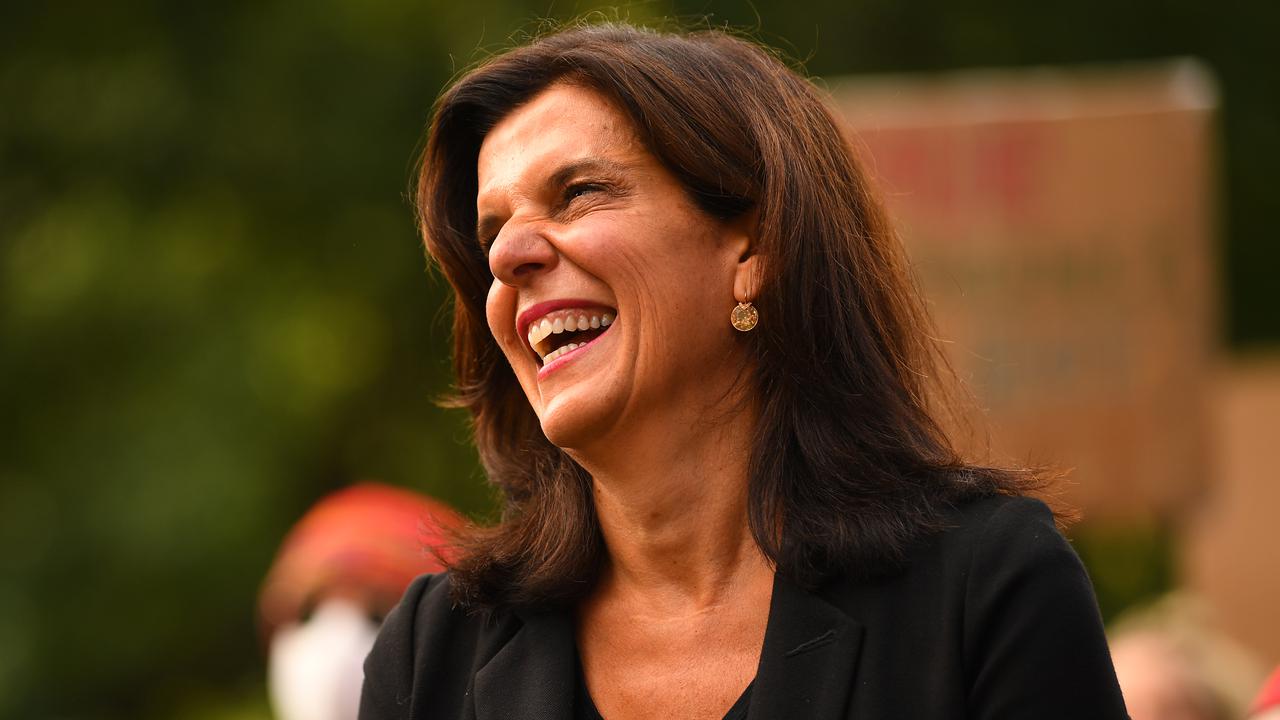 Former federal MP Julia Banks says a man who touched her inappropriately is still in the cabinet. (James Ross/AAP Image)

CANBERRA, Australia — Former Liberal member of parliament Julia Banks has accused a coalition government minister who is still in cabinet of sexually harassing her in the prime minister’s office.

Banks also blames Scott Morrison’s “menacing and controlling” behavior for driving her out of the party she left after he replaced Malcolm Turnbull in 2018.

In explosive claims detailed in her memoir, the ex-politician aired harassment allegations against an unnamed minister as members of parliament gathered in Turnbull’s office during a late-night sitting. Banks said she could smell alcohol on the man’s breath before he put his hand on her knee and ran it up her inner thigh.

“I actually froze. I just froze when he did that,” she said to a reputed television channel on July 6.

The former corporate lawyer walked over to a female member of parliament and quietly confided in her about what had happened. Morrison’s spokesman said the prime minister was not aware of the allegation but any such behavior was “completely inappropriate”.

Banks also hit out at Morrison’s conduct after she decided to leave the Liberal Party and sit as an independent.

She agreed to delay the announcement 24 hours after a heated phone call.

“He got very, really sort of angry and said, ‘Julia, I am the prime minister’,” Banks said.

But Ms Banks says she later discovered his staff spent the time telling journalists and others she had an emotional breakdown and was a mess after the leadership coup.

“To take me through this whole gender stereotype sexist spectrum, I started out being the weak petal, and then when I kept speaking up, I was the bully bitch.”

The prime minister’s spokesman said he offered personal leave and other support to her after the spill.

“The prime minister absolutely rejects claims about the nature of those conversations.”

Liberal senator Gerard Rennick, who was elected after Banks left politics, said people shouldn’t be in parliament if they couldn’t show respect to others.

“Any time that there’s allegation of unwanted sexual behavior that should not be condoned. It’s not welcome in our party,” he said to the press.

“I would call out anyone, on the basis that it was proved correct, not to do it.”

Rennick said he was shocked by the extent of bad behavior in federal politics.

“By the time I’m finished in Parliament I’m stuffed. I go home to bed. Where these people find their energy to go out and carry on like that is beyond me.”