Above Pa: Devoted Dad Turns His Daughter Into An Amazing Fantasy World Character 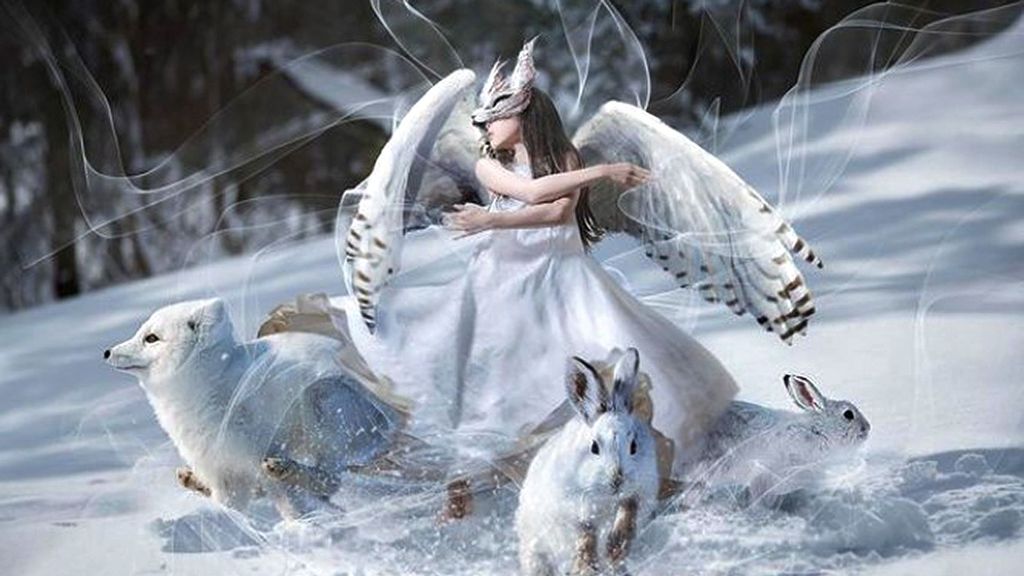 An award-winning Japanese photographer has created these stunning images of his young daughter playing the main character in a fantasy world they both invented.

Kogame took up the craft of photography 13 years ago and started developing his Photoshop skills around eight years ago.

He shoots and edits photos his young daughter, whose name he wants to keep private, as the main character in a fantasy world they created. Through his photography and graphics-editing software, he has captivated his daughter and social media audience with the imaginary world.

The series of photos includes his daughter interacting with massive, dreamlike animals, including a tiger, a wide-grinning cat, and a bird. She’s also edited to be half-human, half-animal in some images. In other shots, she can be seen standing in large fields of flowers, or watching apples rain from the sky.

The idea of using his daughter as a photography subject all started when he decided to photograph her using strobe lighting.

“One day, while practicing strobe photography, I took a picture of my daughter in an interesting pose,” Kogame said.

“I love nature and fantasy, so I decided to make my daughter as the main character in such a world,” Kogame added.

His daughter’s likeness and creativity strongly influence the photo edits, as she tells him what she wants to become through editing. She also provides input on her surroundings.

“When I asked my daughter what she wanted to see included, she said that a picture with a rabbit and a fox would be good, so I used Photoshop to edit the photo,” Kogame said. “When it was almost complete, my daughter suddenly said that she wanted wings.”

“The image was completed when I added my daughter’s request the way she wanted to see it,” Kogame said.

While some of Kogame’s work focuses on heavily edited fantasy worlds with his daughter, he notes that he also enjoys photographing nature and the world with minimal to no editing.

These photos and more can be found on Kogame’s social media accounts, including @tauon.qoo on Instagram, and @TauonQ on Twitter. Together, both accounts have approximately 44,200 total followers. His work is also available on note.com, a social media site, under the username Kogame.

Kogame added that he has won multiple awards for his photography in both his native country of Japan, as well as international contests organized by Adobe, Instagram and National Geographic, among others.