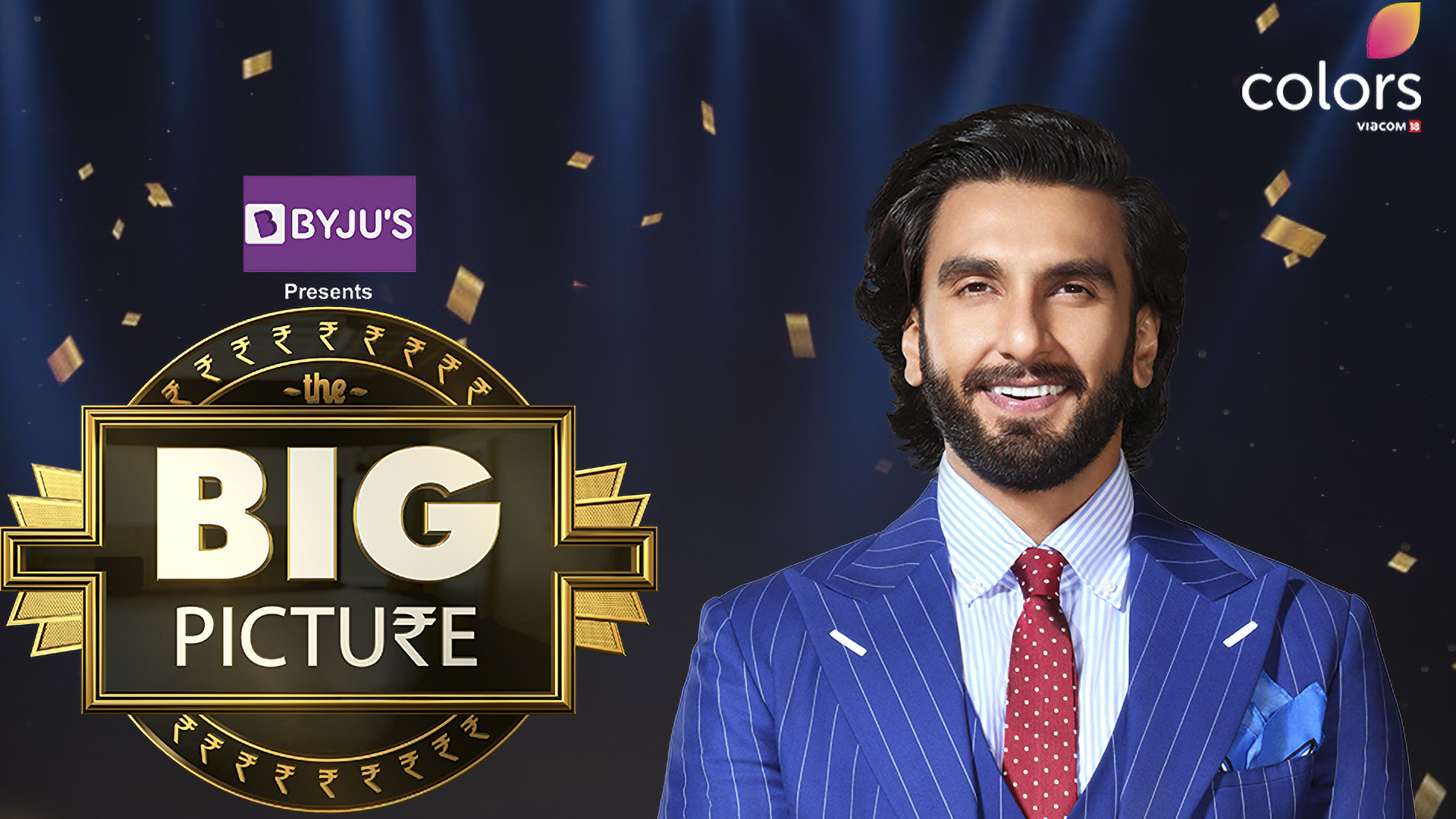 Ranveer Singh, is all set to make his T.V. debut by hosting a quiz show called "The Big Picture" on Colors. (ColorsTV @ColorsTV/Twitter)

MUMBAI, India — Actor Ranveer Singh, who has treated his fans with some powerful performances in movies, is all set to make his T.V. debut by hosting a quiz show called “The Big Picture” on Colors.

Sharing his excitement about working on the T.V. show, Ranveer said that he is grateful for every opportunity that he has been given and is excited about this new venture.

“In my journey as an artist, the urge to experiment and explore has been constant,” he said.

“Indian cinema has undeniably given me everything — it’s been a platform for me to excel and showcase my skills as an actor, and I have been fortunate to get immense love from the people of India.”

“Now, I look to connect with them in an extremely unique and engaging way through my television debut with ‘The Big Picture.’

“‘The Big Picture’ will test contestants’ knowledge and visual memory. With the help of three lifelines, the contestants will be required to correctly answer twelve visual-based questions to walk away with the grand prize money.

The show will also allow viewers to play from home through its interactive format. The show is sponsored by educational technology firm BYJU’S.

Produced by Banijay Asia and ITV Studios Global Entertainment B.V., the show will also stream on Voot and Jio TV.

“With ‘The Big Picture,’ we are entering an exciting new territory and introducing a fresh new international format on Indian television,” she said.

“What stands out is the show’s simple yet focused format based on visuals, interesting lifelines, and enhanced interactivity interface for the viewers. Visuals are a powerful medium, one that the new age India best connects with.”

“This concept will not only provide viewers with a platform to test their visual knowledge but also give them a chance to win Big. We are delighted to work with Banijay Asia and extremely excited to welcome the youth icon Ranveer Singh to the COLORS family.”

In the teaser, Singh is seen explaining the rules of “The Big Picture.” The show’s tagline is “Tasveer Se Taqdeer Tak.” (From picture to destiny.)

On a related note, this is not the first time that viewers will see a Bollywood superstar hosting a T.V. show.

One of India’s best actors, Singh is known for his performances in “Bajirao Mastani,” “Padmaavat,” “Simmba,” and “Gully Boy.”

Speaking of the actor’s future films, Singh will be seen in movies like “83,” “Cirkus,” “Sooryavanshi,” and “Jayeshbhai Jordaar.”