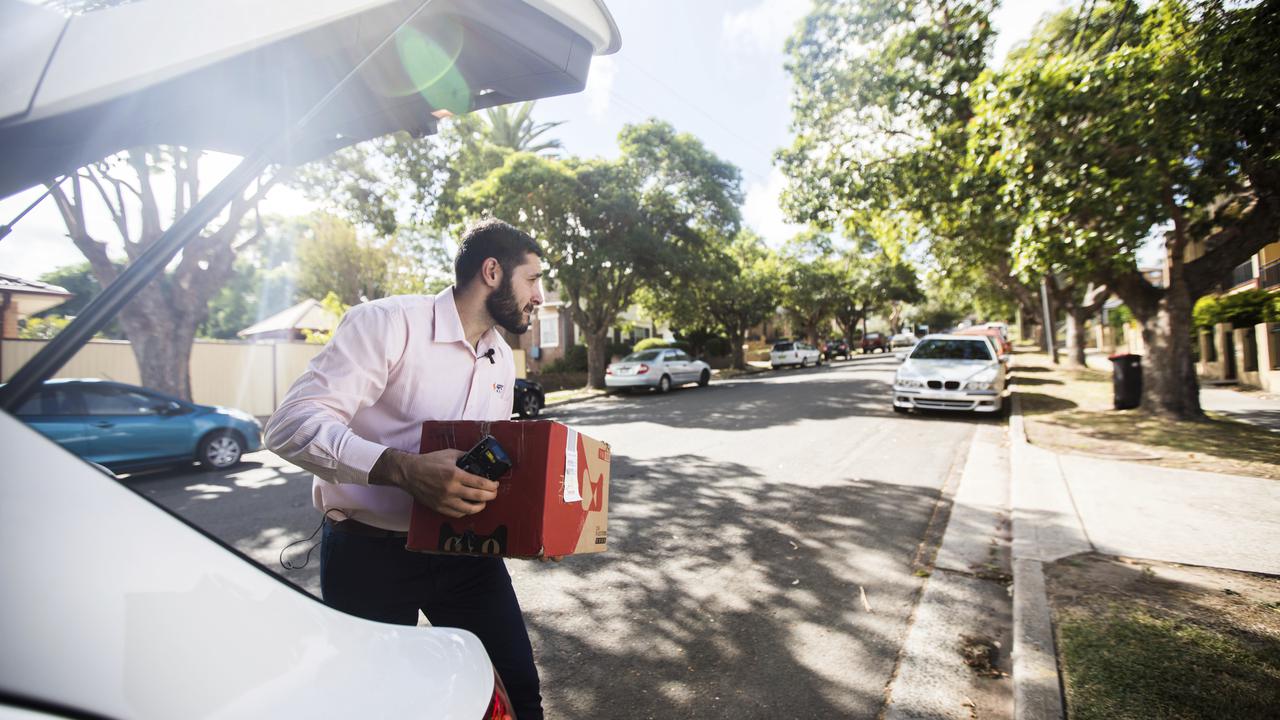 Parcel deliveries are becoming more convenient and faster thanks to technology. (AAP Image)

SYDNEY — James Chin Moody, chief executive officer of Sendle — an Australia-based carbon-neutral shipping service — reckons he could send a pack of Tim Tams from his door to Mt Everest using the parcel delivery service he founded.

Yet the former Commonwealth Scientific and Industrial Research Organization executive doesn’t employ a legion of transport workers from Australia to Nepal.

The Sendle creator has used his engineering nous and technology to find and utilize the spare capacity of couriers across the world and link them.

Using Sendle’s technology, customers can have parcels picked up from their front step and track them to delivery across Australia and more than 220 countries.

While a series of couriers may carry a long-distance delivery, the customer deals only with Sendle.

An electrical engineer, Chin Moody became interested in logistics about a decade ago while the main carer for his two sons.

He and his wife had started an online marketplace, so families could give away items such as children’s clothes they no longer needed.

People were keen to use it, but Moody noticed delivery costs were excessive.

“Building that business showed us the most difficult part was shipping,” he said.

E-commerce was still in its infancy and Moody saw a huge need.

Small businesses could rarely afford international logistics providers such as DHL, which Sendle uses for all international deliveries.

Sendle began in 2014. Since then, more than 800,000 small businesses have used it to benefit from logistics giants which do not usually serve small business.

Last year, the business doubled in size as people resorted to online shopping during the pandemic.

“Shipping is the new battleground of e-commerce,” Moody said.

“If we don’t help small businesses to make a more affordable shipping solution, they’ll get left behind.”

Orenstein founded his business in the same year, 2014, after missing one delivery to his home three times.

Like Moody, he had no logistics background but believed in his technology skills.

“The (missed delivery) experience got me thinking, ‘this is a really crap experience for the customer and driver’,” he said.

“I knew technology could solve this and build a better experience.”

Zoom2u works on an Uber-style model of ordinary people using their vehicles to deliver goods.

It specializes in local, same-day deliveries, although at present is limited to most Australian capital cities.

It’s been able to offer competitive rates against established couriers because, as Orenstein puts it, the business is “asset light”.

His company does not have warehouses. It does not own or lease a fleet of vehicles.

Instead, it has about 20 developers tinkering with software for customers and about 7000 drivers.

The latter work differently from their more visible peers in food delivery.

Most deliveries are by day and parcel drivers generally travel further than food ones.

Orenstein would of course like to offer the service more widely.

He’s confident younger people already used to on-demand service will make that feasible and says expectations for delivery times are shifting from days to hours.

“We’re in the very early days of this,” he said.

“I don’t think of the people aged 50 years and older but the ones who are 20 and growing up. They’ve never had to wait about wondering when their taxi is going to arrive. They look on an app.

“When they want food, they look on an app. These people have grown up with this mentality.

As they get older, our volumes will grow exponentially.”