The number of organ donors in the black community is alarmingly low. Velma Scantlebury is working to change that.
By Vandita Agrawal July 5, 2021
Facebook
Twitter
Linkedin
Email 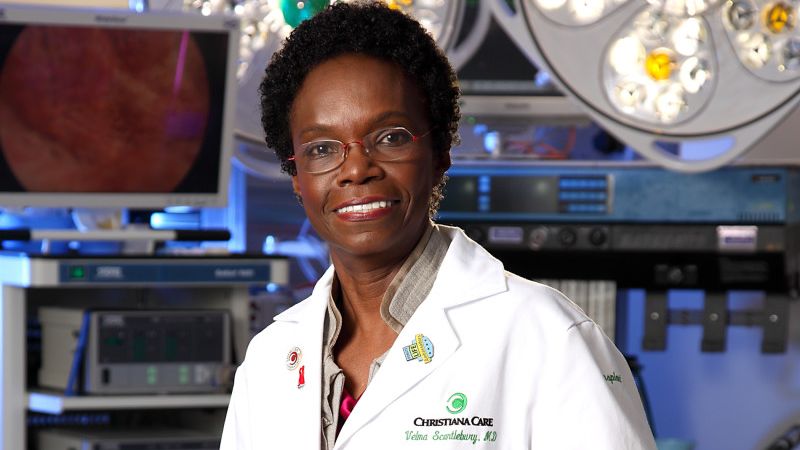 The nation’s first black female transplant surgeon says that while donated organs are allocated equitably along racial lines in America, African-Americans continue to face unique disadvantages in the life-saving process she has worked in since 1989.

Velma Scantlebury told Zenger that the black community needs greater awareness about the need for more organ donors among nonwhite Americans. She points to the Minority Organ and Tissue Transplant Education Program, founded in 1991.

African-Americans have a more difficult time getting on kidney transplant lists, even though they are more likely to have end-stage renal disease. They trail whites in access to kidney transplants. Scantlebury said her black patients face inequality in health care, poor treatment by some doctors, lack of insurance, late referrals to specialists and a lack of health literacy.

“They are often diagnosed late, due to a lack of equity of health care. When referred to transplant, many have difficulty navigating the system to get the required tests. Hypertension and diabetes are more common in African-Americans, and despite this, many patients are neglected when it comes to getter their kidney function checked,” said Scantlebury, who has performed more than 2,000 transplants.

She often hears the same answers to her questions when she meets with people in the late stages of renal failure.

“My question to patients: ‘Who were you seeing? Were you going to your doctor?’ Usually, I hear: lack of insurance, could not afford the medications, doctor retired, could not go back as they owed money to the office, etc. Lack of health care for all is a problem in this country,” Scantlebury said. “Better education and more doctors being sensitive to the needs of patients — discussing options early and advocacy on the part of the doctors — can help.”

In a field dominated by white men and white surgeons, Scantlebury has had a tough time making her way in a specialized surgical field, but her parents’ determination sustained her.

“My parents taught us that education is important and that we can be anything we want to be. I did not grow up seeing obstacles. I saw possibilities,” she told Zenger. “My parents knew I wanted to be a doctor, and despite not having any means, my mother came to the United States to clean floors … suffering much humiliation to bring us from Barbados to this country.”

“She wanted to make it possible for me to become a doctor. So, with the strength and belief of my parents, my belief in God, and that all things are possible, I pursued my dream.”

Today she is a professor of surgery at Texas Christian University and the University of North Texas Health Science Center and Medical School, in Forth Worth, Texas. She retired from Christiana Care’s Kidney Transplant Program in Delaware in 2020.

Scantlebury laid out her story in “Beyond Every Wall: Becoming the first Black Female Transplant Surgeon,” published in June. She describes white colleagues excluding her from social gatherings — likely, she thought, because they were uncomfortable around her.

“Racism was very evident. On a few occasions patients objected to my being their surgeon. Only in one situation did the Japanese surgeon defend me, and spoke up,” she said. “Patients assumed I was there to clean their room, take their trays, but never the doctor. I had to maintain my self-esteem and keep telling myself, ‘Yes, I can! I am capable; I am talented, I can make it with the help of God.’”

She gave reluctant patients a simple choice: a black female surgeon or no surgeon at all.

“I made sure I met as many patients before as possible, so they would not be surprised on the day of surgery. Otherwise, I told them I was the only choice, and they could pass on the organ transplant, and It will be given to someone else. That often changed their mind,” Scantlebury said.

The constant negativity took its toll, however. “I found it difficult to be everything: wife, mother, surgeon, colleague, friend — and deal with the rejection. At that time, I became depressed,” she said. “I found it overwhelming because at that time, I watched my colleagues get promoted and be given leadership positions, and I was not getting the same treatment.”

When one of her South American colleagues confided that he was taking Prozac for his depression, Scantlebury realized she wasn’t alone. She sought help and built a support system of friends and organizations who gave her a purpose and helped engage her outside of work, but trailblazing still came with personal costs.

“I had to be away at the hospital so much that I missed a lot of things with my children. As an adult, I now realize that my absence resulted in some emotional issues between them. I know I did the best I could with what little I knew. I lived away from my family, who was not there to help,” she said.

Like Scantlebury, Dr. Sherry M. Wren arrived at the University of Pittsburgh Medical Center  in 1989. But while Scantlebury was an attending physician performing surgeries as a consultant, Wren was a trainee. Now vice chair and professor of surgery at Stanford University, she said women were rare in the professoin three decades ago.

“I was a transplantation research fellow, and she was a consultant surgeon on the transplant service,” Wren said. “I was in Pittsburgh from 1989-1994, and from 1992-1994 was a surgery chief resident. During that time, she was the only female transplant surgeon and one of two clinically active female surgeons in our residency program.”

“It was inspiring to see two successful and talented women in a field that at that time had fewer than 5 percent women attendings. It wasn’t until years later I realized how close in age we were; she was an attending and therefore seemed so much further along than I was.”

There are only 12 black female transplant surgeons in the United States today, but the pipeline is increasing, said Scantlebury. She expects that number to double in the next five years, even as she reflects on the impact she had decades ago.

Interviewing once for a job in Alabama, she saw how pleasantly shocked other people of color were to see her applying for a top position. They were even more surprised to see Scantlebury arrive with braids in her hair, she said. Living in New York, it was appropriate and natural. But in the South, it was a bold step.

“The silent rule was broken. I had stepped out and did something acceptable. Young girls look to me for possibilities. They, too, seek examples of what can be accomplished. I am glad to be that person,” Scantlebury said.