The president will no longer be able to determine the legislative agenda, as minority groups gain representation. 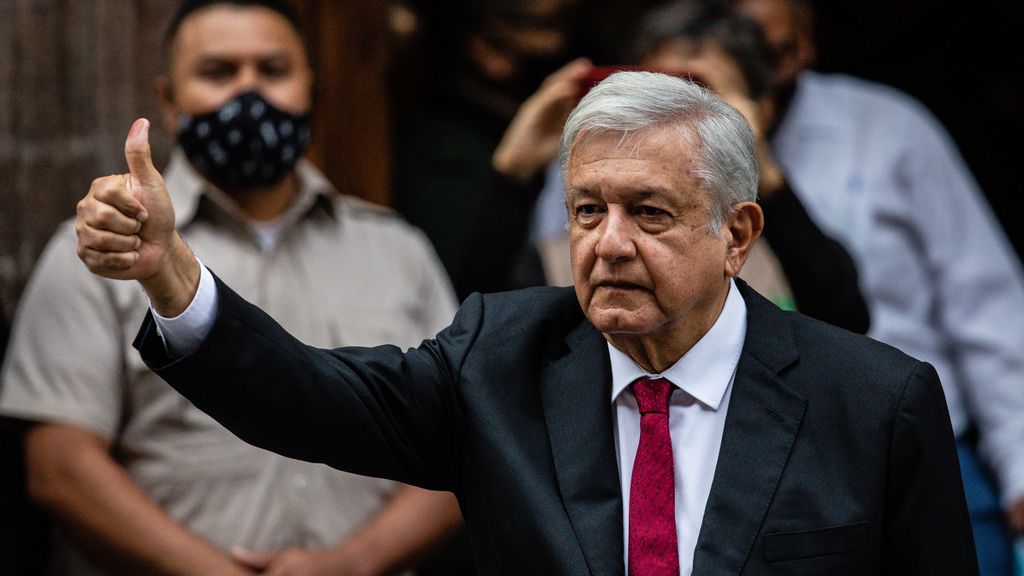 Mexican President Andrés Manuel Lopez Obrador votes in the June 6 midterm elections. The election results will lead to changes in Congress that could bring down some of his priorities. (Manuel Velasquez/Getty Images)

MEXICO CITY — As a result of the Jun. 6 elections, Mexico’s Congress will face new challenges. The distribution of seats by parties in the Chamber of Deputies will vary, forcing significant changes in the legislative body’s committees.

On that same date, the electoral court will conclude auditing the campaigns. From that moment, Mexicans will be able to see the big picture of their country’s politics.

The new members of Congress will take office on Sept. 1 in Mexico City.

According to preliminary data from the National Electoral Institute (INE), voter turnout amounted to more than 50 percent, a fairly high figure compared to previous elections. Mexicans usually participate more in the presidential election than in the midterm ones.

Other parties will not have any or lost their registration. Some only lived for eight months, as Mexican law mandates that parties that do not receive the support of at least 3 percent of the voters cannot continue to contend.

“The existence of this type of party is questionable. Its people and interests may be risky. We have, for example, a Green Party that has an agenda including topics such as death penalty or bullfighting. It [the PVEM] is not even part of the league of international environmental parties because it does not match the green parties’ ideals,” Adriana Sánchez Peralta, a public affairs consultant and the director of the public relations agency Alterpraxis, told Zenger.

Probably among the most significant changes will be the committees’ chairmanship. Many committees will change, including the budget committee, which is one of the most important.

The Jun. 6 elections also made history as the first in which minority representatives — including transgender people, migrants, Afro-descendants and people with disabilities — ran for Congress.

For the first time, two trans women who have been important activists will be part of the Chamber of Deputies: Salma Luévano and María Clemente García Moreno.

“For the first time, this vulnerable sector of the population will have a seat in Mexico’s Chamber of Deputies during the next legislative session,” said Valdivia Cedillo.

The changes in seats and committees will likely alter the parties’ legislative agenda and negotiating strategies. In the past, Morena negotiated with the opposition to move forward some reforms, including the creation of the National Guard and the Article 4 reform, which grants pensions and scholarships constitutional rank.

“One of the president’s priorities is to maintain control over the distribution of the Fourth Transformation’s [how he calls his government] planning programs,” said José Enrique Valdivia Cedillo, an advisor to Morena’s parliamentary group.

The legislature has three pending issues introduced by the president: a complement to the energy reform, the electoral reform and the proposal to modify the operation of the National Guard. Valdivia Cedillo said he believes Congress may approve two of them.

“Morena proposed a 50 percent reduction in political parties’ resources, and the bill did not pass, which shows that there are still bills that do not achieve consensus within the parliamentary group and its allies. That will continue happening for the next three years,” he said.

Ferrer Galván, a political advisor for Movimiento Ciudadano, said the president would no longer be able to pretend the legislative agenda is subordinate to the interests of the Executive because the party in power and its allies are no longer in the majority.

“The fact that Morena has lost 50 deputies implies the party will have to share the agenda, that the National Palace [the president’s office] will not impose it. We will see a substantial decomposition of Morena, the majority party,” Ferrer Galván said, explaining that a similar process happened with the recent collapse of Mexico City’s subway line 12 and the revelation of the Panama Papers.

“This may disrupt the reform approval in Congress. In general, there will be instability in the party when Andrés Manuel López Obrador’s [AMLO, the president] influence ceases. When he leaves [office], his participation will not weigh as much as it does now,” he said.

The advisor also said it would be important to see the PRI’s position regarding López Obrador’s call to become an ally of his regime to approve reforms. The reaction of the Green Party, which could leave the Morena bloc, will be as crucial since currently there is no opposition in Congress.

“A distinct legislative scenario is coming, a very different one from what we see right now,” said Ferrer Galván.

For Sánchez Peralta, commission formation and leadership will be among the most relevant changes because they may affect the 2022 federal budget.