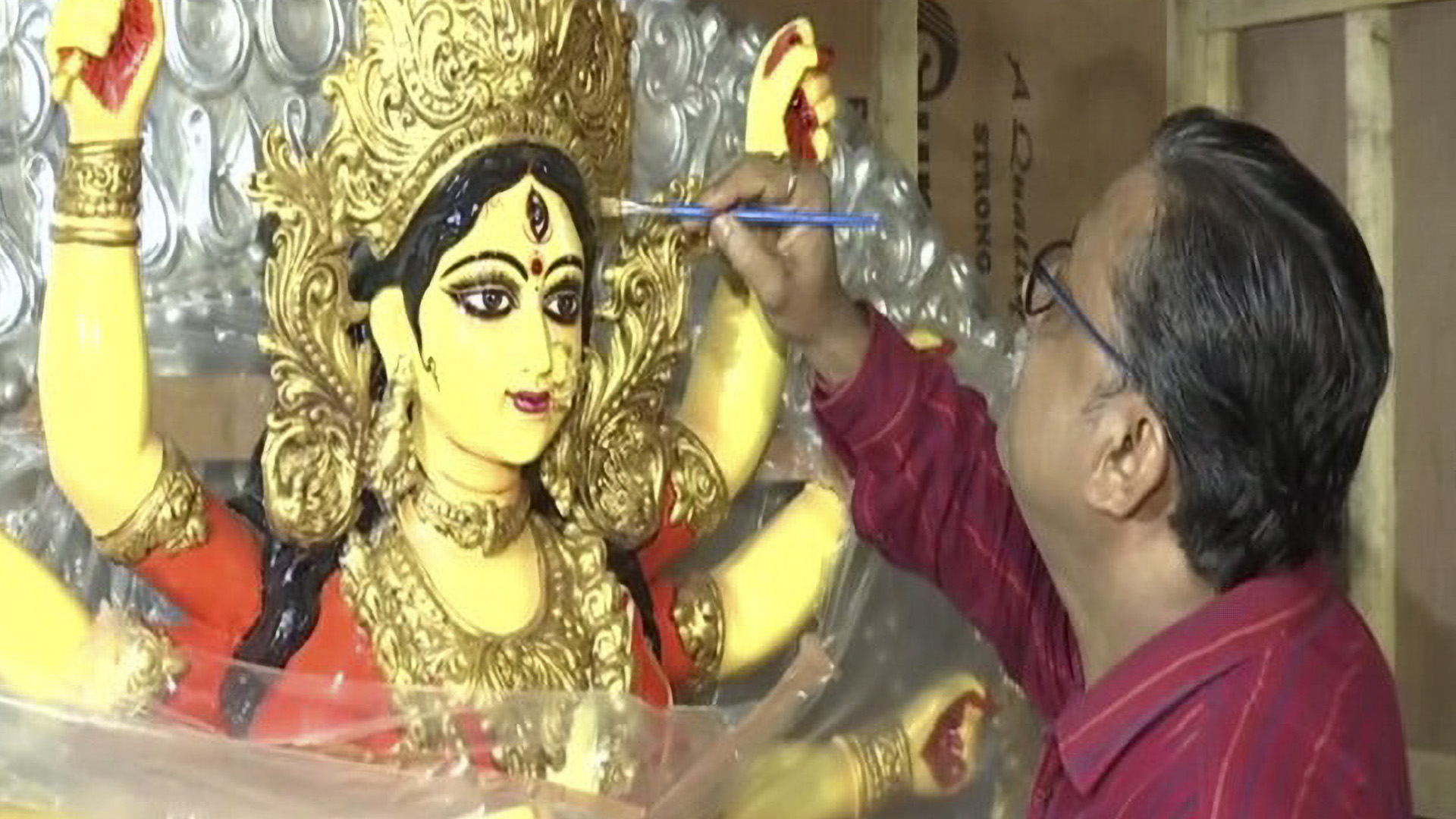 An idol maker in Kolkata's Kumartuli works on a Durga idol. (Photo/ANI)

KOLKATA, India — An idol maker from Kolkata’s Kumartuli, a traditional potters’ quarter in northern Kolkata, West Bengal, became the first artisan in the region to send his artwork overseas amid the Covid outbreak.

Mintu Pal, a clay modeler from the potter’s district, sent an idol of Goddess Durga to New Jersey.

Pal said that every year Durga idols made of fiberglass are sent abroad ahead of the annual Durga Puja festival.

“This year too, I got two orders: one has been delivered to a New Jersey puja while another is ready to go to Berlin, Germany,” said Pal. 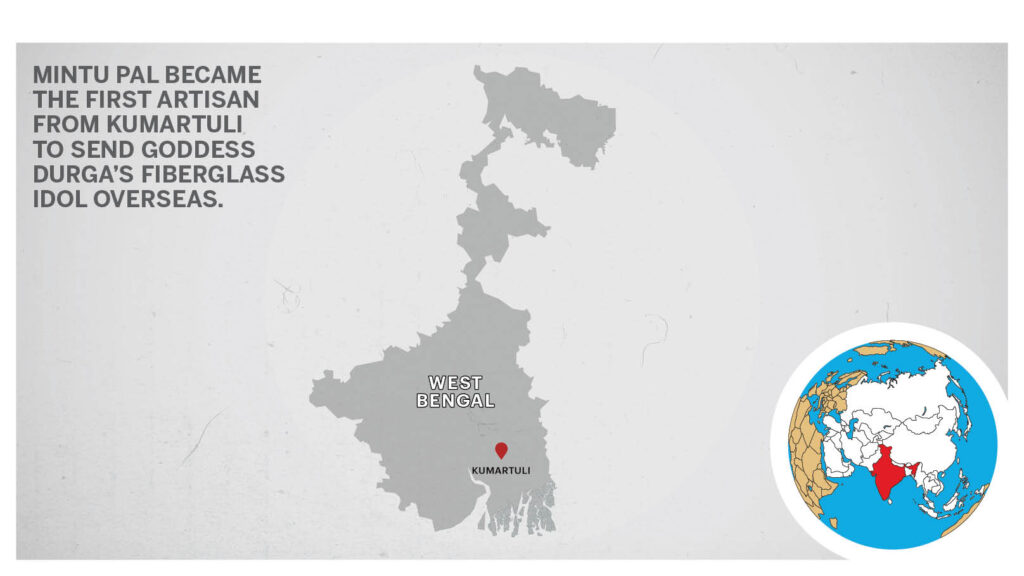 “This idol (the order for Germany) is made completely of fiberglass. It will be transported from India to Germany via ship, and it will take about two months to reach,” said Pal.

He further informed that the orders for these idols were received in January, and it took about two months to make them.

Due to the Covid-19 pandemic, fewer orders were received this year.

“There were mostly orders for small idols instead of bigger ones,” said Pal.

Durga Puja is a Hindu religious celebration that lasts ten days in the Hindu calendar month of Ashvina (September–October) and is mainly celebrated in Bengal, Assam, and other eastern Indian states. Durga Puja commemorates the goddess Durga’s victory over the demon ruler Mahishasura. This coincides with Navratri, a nine-night-long festival honoring the divine feminine.

Every year, the artist claims to send 6-8 Durga idols abroad.

“Last year, I had sent five Durga idols to foreign countries during the pandemic that went to Switzerland, the United Kingdom, USA, France, and China,” he said.

Months ahead of the festival, there seems to be a lack of enthusiasm among people for festivity.

“The people of the Puja Committees that organize the festival in different neighborhoods are not excited because of the pandemic situation, but there is enthusiasm in foreign countries. We are hoping that the situation will improve at least after some time, as Puja is still months away,” said Pal.

Nilam Pal, another clay modeler, said they have barely received any orders as people are not stepping out due to the fear of the Covid-19 pandemic.

“We have taken a risk and made 15-16 idols in advance in case someone shows up,” he said.

This year, Durga Puja will commence on October 11 and extend till October 15.

In Kumartuli, there is usually a bustling atmosphere months before Durga Puja. People flock to buy idols at the market. However, this time around, the city looks dull. Dozens of Incomplete idols lying around mirror the uncertainly that looms around the festival this year.