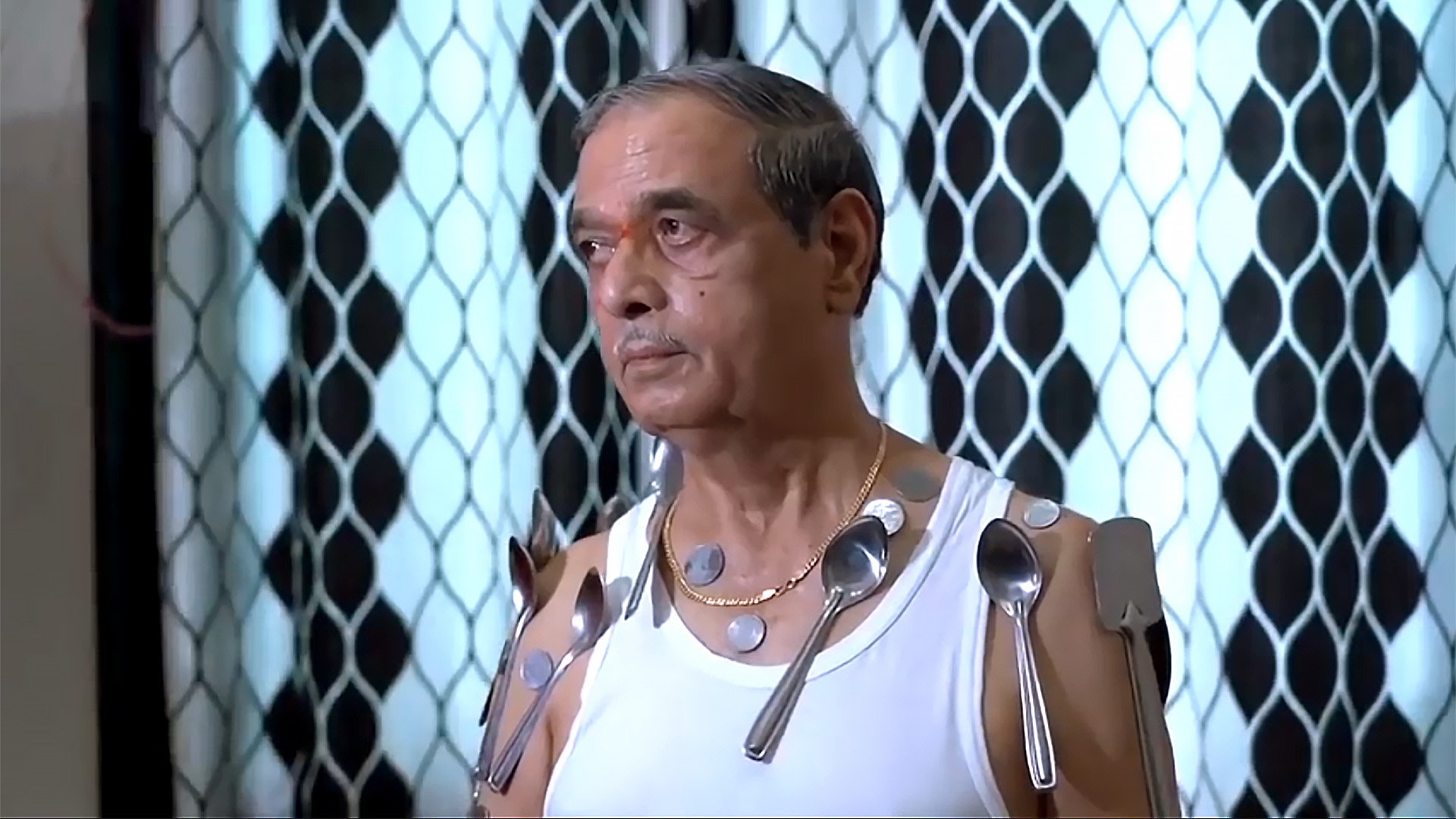 Arvind Sonar was shocked to see things like spoons and coins getting stuck to his body after getting the Covid-19 vaccine shot in the first week of June. (Arvind Sonar)

NEW DELHI — Arvind Sonar, a 71-year-old roadside vendor in the Nashik city of India’s western state of Maharashtra, was shocked to see things like spoons and coins getting stuck to his body after getting the vaccine shot in the first week of June.

His son, Jayant Sonar, had seen videos of people turning magnetic after taking the vaccine. When his parents got vaccinated, he decided to check.

“After they received their doses, things were getting stuck to my father’s body, but not my mother’s,” Jayant told Zenger News.

“Initially, we thought this was because of moisture, but even after he took a bath, the magnetism was still there. We are still unsure whether this was because of the vaccine or something else. The good thing is that he is healthy and working properly. There is no change in that.”

However, as the claim started going viral, the Maharashtra Andhashraddha Nirmoolan Samiti (MANS), an organization involved in debunking myths and superstitions, got active.

Deepak J. Girme, who has been an active member of MANS for 30 years, believes there is no truth in the claim that the vaccine can turn you magnetic.

“When you apply a little moisture to your body, or even if there is sweat, friction comes into play, and that’s why spoons and other metallic things get stuck to your body,” he told Zenger News.

“However, they won’t be stuck for a long time, and as soon as the moisture goes away, they will fall.”

Girme said some people even applied beeswax to their bodies.

“In few videos that we came across on YouTube, people even applied beeswax, which is non-shiny, and that’s why things got stuck to their bodies,” he said.

“People share these things and try to become viral on social media. And it’s not only in India, across the world you can find such myths.”

Even the Press Information Bureau, a government agency that disseminates information, debunked this claim. The website stated that there are no metal-based ingredients in the vaccine that could turn people magnetic.

In January 2021, as India started its inoculation drive, social media was filled with posts regarding myths, leading to vaccine hesitancy.

Mohammad Javed Khan, a 38-year-old video editor based in Sahibabad in the northern Indian state of Uttar Pradesh, says when the vaccines were made available, there was a rumor that men would get impotent after taking Covid-19 jabs.

“During the first vaccination drive, I was told by my friends that the vaccination could result in impotence among men. Therefore, I decided not to take it,” he told Zenger News.

However, during the second wave, as the number of Covid-19 positive cases started increasing, he thought of taking the vaccine.

“I read up on the impotence claim and discovered that it was a myth. So, I have decided to get the vaccine when it is available,” Khan told Zenger News.

The myths against vaccines have made it difficult for Accredited Social Health Activist (ASHA) workers, or rural healthcare workers, to convince people to get vaccinated.

Seema Kumar, a 35-year-old ASHA worker from Lathardeva Hoon village in Haridwar district of the northern Indian state of Uttarakhand, says people start running away from her when they see her. She has been involved in the Covid inoculation drive since April 12.

“It is our duty to make sure that everyone in the village is vaccinated,” she told Zenger News.

“However, people, especially from uneducated families, are not ready, as they believe they will die within two years after taking the vaccine. Many people even believe that they will catch severe fever and cold. Therefore, they are not ready to get vaccinated.”

As an ASHA worker, Kumar has to go from door to door and make people aware of the benefits of vaccines.

In the small town of Nagina, in the northern Indian state of Uttar Pradesh, where Salman Saleem, a 24-year-old Jamia Millia Islamia student lives, there is a lack of trust in the administration. As many as 95,246 people live in Nagina, of which almost 70 percent are Muslims.

He has been trying hard to convince his mother to get vaccinated. However, he has failed in his attempts as his mother, Shagufta Anjum, a 45-year-old homemaker, thinks she will get a heart attack if she takes the Covid-19 jab.

“Her usual reply is: ‘No one in our family has been inoculated yet, as everyone knows the drawbacks of it’,” Saleem told Zenger News.

He says that since the government panel studying the vaccine’s side effects confirmed the death of one person because of inoculation, her suspicion has grown stronger.

“After the CAA-NRC protest, many people from the Muslim community were arrested by the police. Therefore, people think that this vaccination drive is a mischievous way through which the administration is trying to harm them,” he told Zenger News.

The National Register of Citizens (NRC) is a database of all the genuine citizens of the country. Currently, such a register exists only in the northeastern state of Assam. Still, as the Citizenship Amendment Act (CAA) was passed on Dec. 12, 2019, talk about implementing NRC in the rest of the country became louder. The Muslim population feared that they would lose their citizenship. Large-scale protests erupted across the country in December 2019.