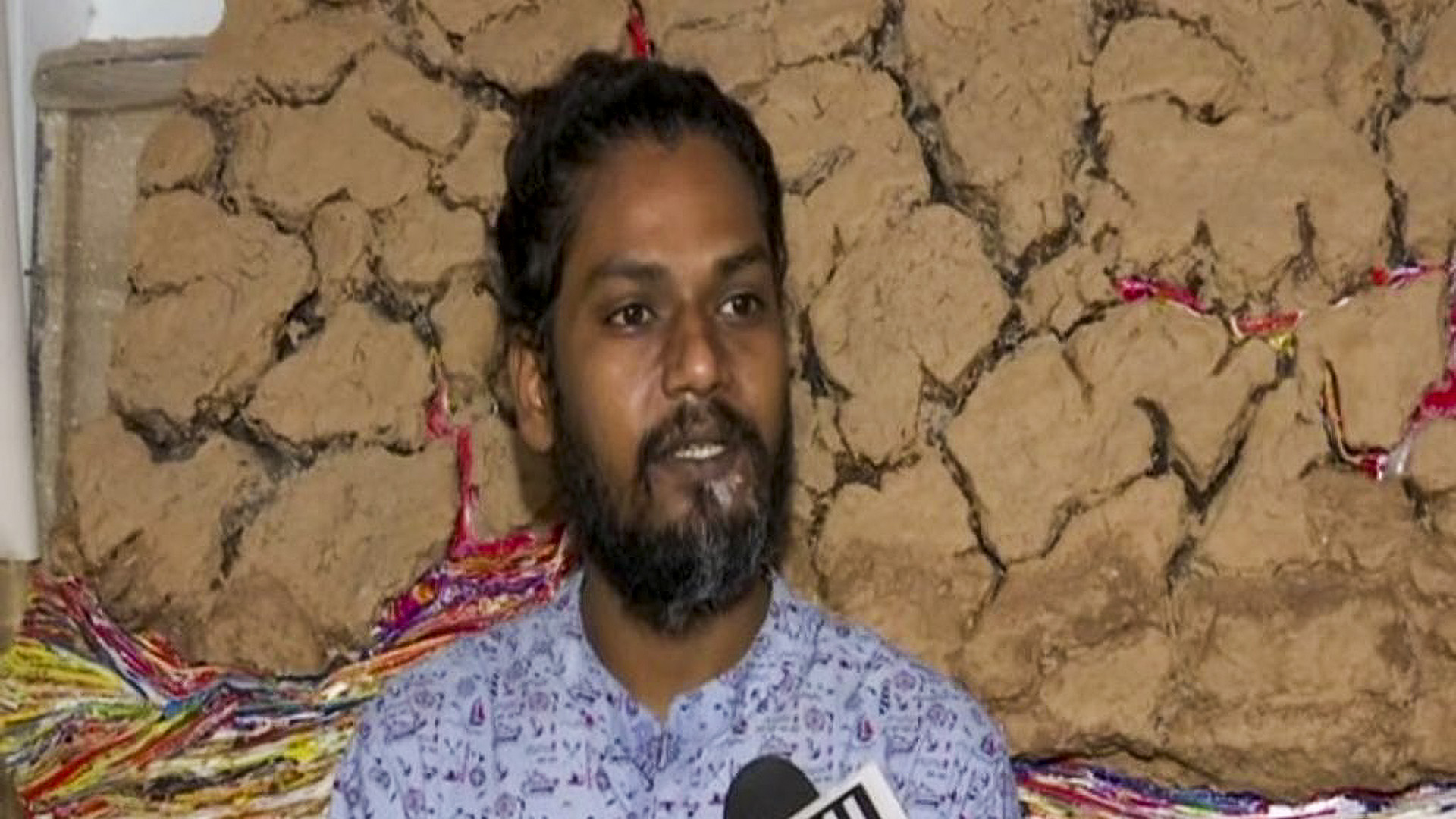 Manveer Singh, an artist from Delhi, uses plastic waste as a raw material to create artwork and has utilized 550 pounds of plastic in three years, diverting it from being dumped at landfills. (ANI)

NEW DELHI — Manveer Singh, an artist from the Indian capital Delhi, uses plastic waste as a raw material to create artwork and has utilized 550 pounds of plastic in three years, diverting it from being dumped at landfills.

The artist, who started this innovative eco-friendly work in April 2018, has sold three artworks overseas—two in Abu Dhabi and one in Germany.

Singh is also an art teacher.

“I have completed 11 artworks made out of plastic, and I am working on my 12th piece,” said Singh. 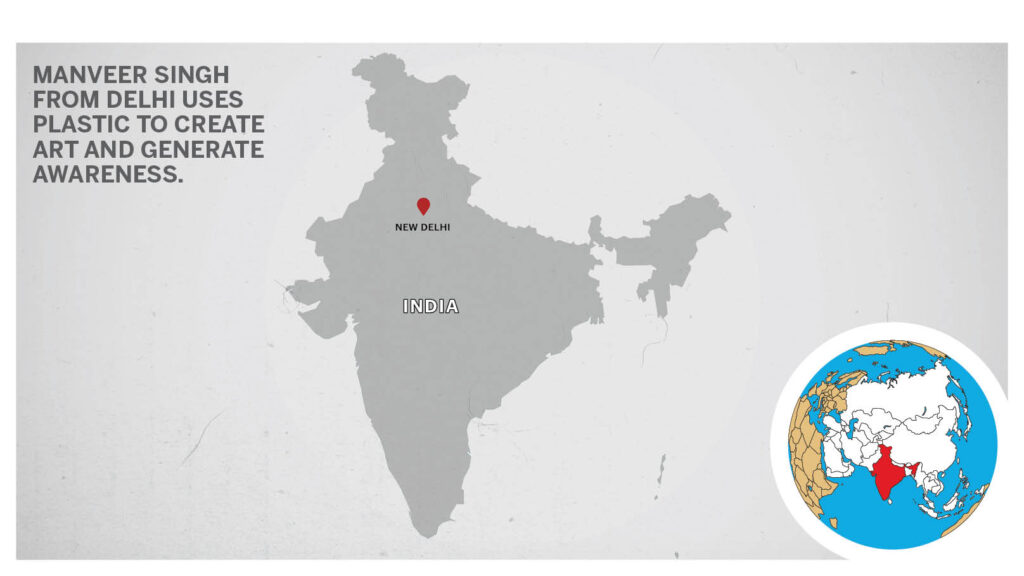 Singh expressed his desire to contribute to environment conservation and started this new venture, shifting from normal paintings.

“In the beginning, I used to do landscape paintings and live paintings,” he said.

“But it wasn’t enough for me. I used to think that I too have to do something for nature.”

“I didn’t want to take nature as an inspiration. Earlier, through my paintings, nature didn’t get anything, and it was merely a subject,” Singh said.

As per Singh, he used plastic to add “colors” to his paintings to make people aware of their dependency on plastic.

“Whenever I used to go out, I noticed some changes—the landscape was loaded with plastic, and the river was even more polluted with each passing day,” Singh said.

“All I saw around me was plastic. So, I decided to use plastic as color and make people aware of our increasing dependence on plastic and its harmful effects on the environment.”

Doing his part in lifting the burden of the non-biodegradable commodity from nature, he said that there are many kinds of pollutants in the environment, and plastic is at the top of it.

“Every citizen is responsible for it because we are the only people who are using plastic.”

“I noticed that multilayer plastic could not be segregated, and people are unable to recycle it. So, I started using it as color in my artwork,” he said.

Describing how he initially started and collected plastic, Singh said, “In the beginning, I thought that I would use the plastic I am consuming.”

“So, I washed it and started making it, but it wasn’t enough. So, I thought of asking people living in my building and nearby areas. Soon, it also got used up.”

“Then, I spoke to rag pickers and asked for the same, but they refused to give it as they won’t be able to earn from it because this plastic is lightweight, and that isn’t the reason they don’t collect it, and it is not segregated.”

Furthermore, he said it was good that they refused to give me plastic as the main issue would’ve been unresolved.

“No change will come to people who are using this and throwing it. After ragpickers refused to give plastic to me, I started collecting it door to door. Because of this, I used to get clean polythene, and people were getting aware.”

Singh said he has even started a drive at schools to collect plastic.

He has displayed his work at many places like Abu Dhabi National Exhibition Center in January 2020, Manarat Al Saadiyat Cultural Center, Abu Dhabi in February 2020, the museum of Goa, and other places.