The opposition party had questioned the presence of foreigners in clothing similar to the Chinese military uniform.
By Zenger News Desk July 5, 2021
Facebook
Twitter
Linkedin
Email 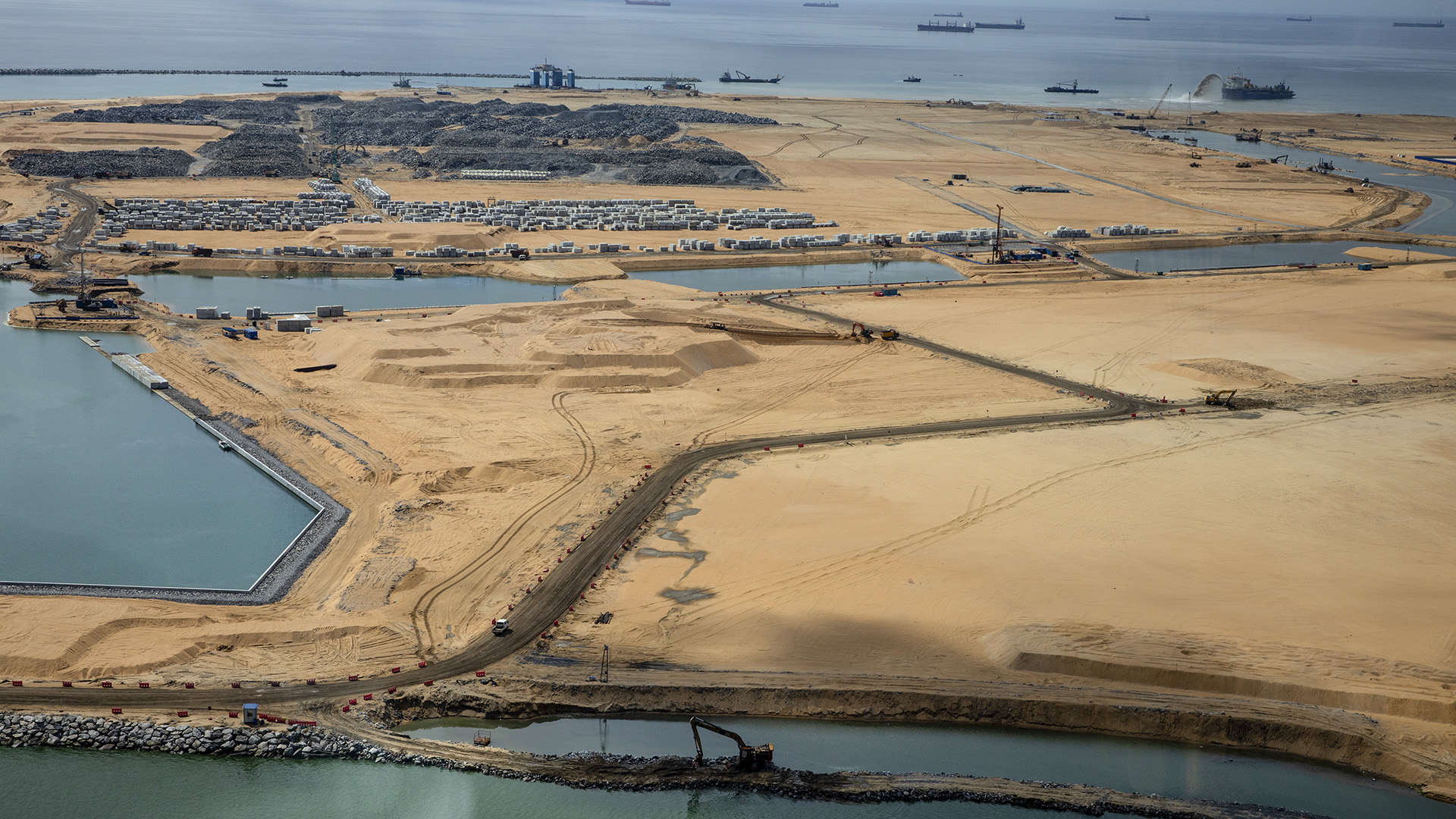 Built on land reclaimed from the Indian Ocean and funded with $1.4-billion in Chinese investment, the Colombo Port City project is seen jutting out into the ocean that will eventually be 65 million cubic meters of sand on November 8, 2018 in Colombo, Sri Lanka. (Paula Bronstein/Getty Images)

BEIJING — The alleged deployment of Chinese military personnel in Hambantota, a town in Southern Province, Sri Lanka, continues to evoke furor and concerns as China moves ahead to control the Sri Lankan infrastructure.

Several Chinese men were spotted recently engaged in dredging an old tank in the Hambantota District, wearing a military uniform similar to the Chinese military wear.

Wearing or even having a military uniform when not serving in the military is a punishable offense, as per Sri Lankan law. 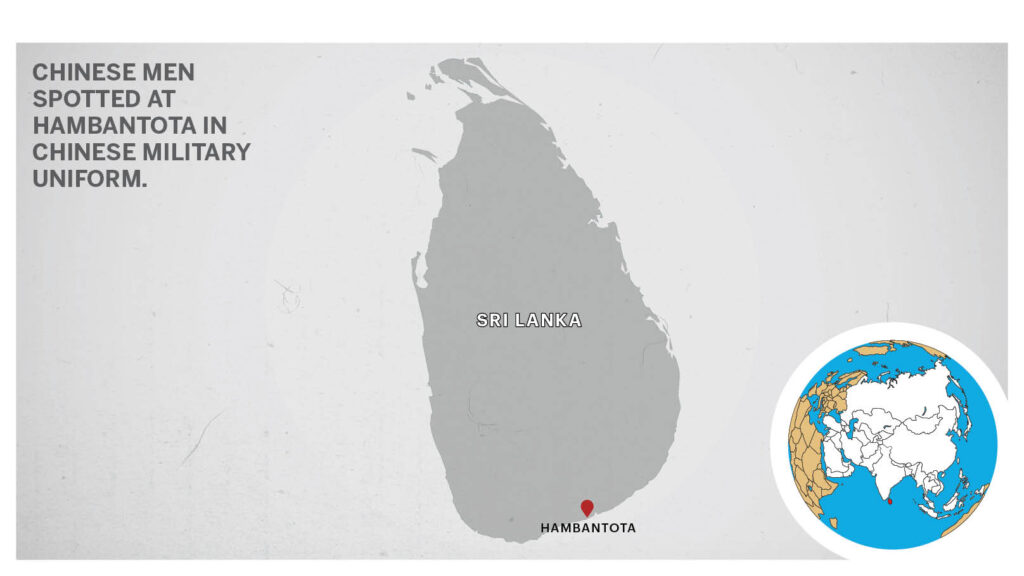 “Many in the present government have links with wealthy businessmen in China; therefore, it is clear how decisions are made,” he said.

In the recent developments, the Chinese stationed in Sri Lanka have come under the hammer over the activities they have been engaged in after the successful takeover of the Colombo Port City project on a 99-year-old lease with a powerful governing power in their favor.

Regarding the Chinese personnel seen dredging a tank, they were clad in Chinese military uniforms, which is against the law. As usual, the Chinese embassy dismissed the allegations and cited it was common to wear such clothing.

Even in Pakistan, China has deployed many ‘companies’ to safeguard their China-Pakistan Economic Corridor. It should not surprise Sri Lankans if Beijing deploys its military as civilians to protest “their” port in Hambantota and Colombo.

Furthermore, the dredging had commenced without the permit obtained from Sri Lanka’s Department of Archeology. The practice was called out to halt as soon as the footage aired, as the country is sensitive in preserving ancient ruins.

However, the department said it would not take any action against the Chinese dredging company.

“We are not going to take action without seeing the case,” said Anura Manatunga, Director General, Archaeology Department.

“, we cannot go to the courts. It is also harassing people. We do not want to harass anybody, nor do we want to work against development projects.”

“We strongly reject that we were silent and cowardly about the incident,” he said. “As far as we know, it was not the Chinese military. The report says those uniforms were overall kits. I have seen people working in garages wear such overalls.”

Rambukwella said if it is a registered security firm, there is a list of how the uniform should be.

This comes after the China Harbor Engineering Company won a new development project last month for a 17-kilometers (10-mile) elevated highway in Colombo.

Amid criticism from opposition parties, Sri Lanka unveiled a contentious draft law for a Colombo Port City Commission, which allows for sweeping tax breaks, tax-free salaries, and be an offshore financial center.

The $1.4-billion Colombo Port City project is to be the single most significant private sector development in Sri Lanka. There have been concerns about Beijing seeking to increase its footprint in the country through contentious infrastructure projects.