Brazilians Rediscover Their Wine Tourism During The Pandemic

Due to the fact that people were unable to travel abroad, Brazil's wine industry has bloomed during the COVID-19 pandemic.
By Luciano Nagel July 5, 2021
Facebook
Twitter
Linkedin
Email 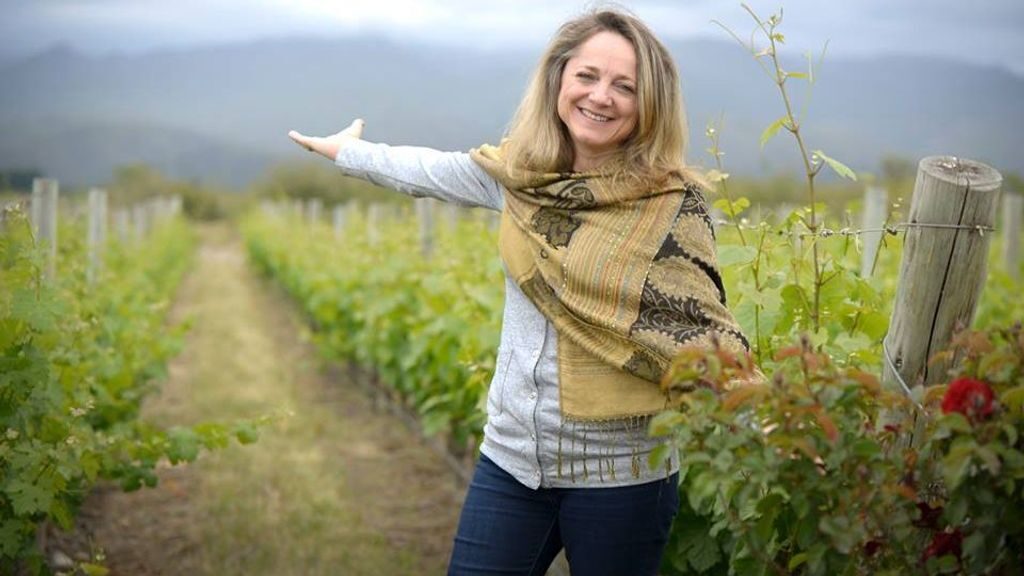 The founder and former president of the International Association of Wine Tourism in Brazil, Ivane Fávero, says that the new coronavirus has caused changes in wine tourism. (Courtesy: Ivane Fávero)

BENTO GONÇALVES, Brazil — In the municipality of Bento Gonçalves, Maurício de Oliveira, 32, and Bruna Golo, 31, had the opportunity to experience a ‘picnic’ among the vineyards of Vinícola Cristófoli.

“One of the main attractions of our trip was looking to the vineyards, avoiding the more ‘traditional routes.’ So besides being able to enjoy a moment together, or going in family groups, it is possible to taste the regional dishes while drinking high-quality local wines,” said de Oliveira, who has traveled to more than 30 countries around the world and tasted many wines.

The couple got to discover the vineyards of the Valle de los Viñedos, Altos Montes, and Cantinas Históricas tourist routes, and the wine route in the municipality of Pinto Bandeira. They visited Bento Gonçalves, known as the Brazilian capital of wine. Next, they traveled to Garibaldi, the illustrious national capital of sparkling wines, in addition to touring small districts located in the interior of these municipalities.

“The truth is that we were surprised by the many different wines we enjoyed and we ended up buying several bottles in the vineyards themselves. Though we already knew some of the largest and most famous vineyards in the region, we discovered that some smaller ones had a quality and used grapes not usually found in traditional Brazilian wines. We enjoyed the experience. These local wines are part of the competitive wine market and offer good quality to price ratio,” said de Oliveira.

One of the favorite routes for tourists and wine lovers — sparkling or otherwise — is the Valley of the Vineyards in the Serra Gaúcha. The region has a rural trail covering three municipalities: Monte Belo do Sul, Garibaldi, and Bento Gonçalves. In 1875, an influx of Italian colonists founded the cities of these municipalities, and with the grapes they brought with them, sowed their first vineyards.

However, due to the arrival of the COVID-19 pandemic in early March 2020, the hotels and restaurants of the regions were forced to temporarily close down, which caused a massive decrease in business and tourism in the area.

According to founder and former president of the International Wine Tourism Association Ivane Fávero, the reopening brought significant changes.

“The number of visitors grew above what was the usual trend before the pandemic. After all, it is an outdoor experience that allows tourists to appreciate the landscape, the local culture and allows an experience that mixes digital and face-to-face interactions. Therefore, we have had to diversify where the tourists come, which has allowed the small and medium vineyards to have the same amount of traffic as the large ones,” said Fávero, who also has a master’s degree in tourism from the Universidad de Caxias do Sul.

The Bento Gonçalves municipality’s secretary of Tourism, Rodrigo Parisotto, said that the local economy of the Valley of the Vineyards has started to grow once again, albeit at a slow pace.

“Before the pandemic, 41 percent of the people visiting the vineyards were locals, while after the pandemic, 60 percent of visitors are tourists, primarily from the states of Santa Catarina and São Paulo,” he said.

Parisotto says that some of the factors that contributed to the small and significant growth of the region’s economy were the high rate of the dollar and the closing of the borders, which prevented many Brazilians from traveling abroad. Thus, people who wished to travel could only do so domestically.

“Furthermore, the pandemic has changed how people act publicly: tourists travel more with their car, buy more national wine, and that entails another important fact, a greater consumption of Brazilian wine since 2020, which has been good for us,” he said.

“There was a prejudice that Brazilian wines did not measure up to great products. This made the consumer, on the shelf, opt for imported wines. However, the pandemic has forced people to taste local wines, which has awoken a nationalistic spirit in Brazil, as they loved them,” said Panizzi, who is also a winemaker.

Back in 2016, climate change caused a drop in wine production in Latin America. Four years later, the COVID-19 pandemic helped the industry recover.

The Chilean-Brazilian director of Viña Geisse, Daniel Geisse, says that tourist demand is increasing during the pandemic due to the popularity of wine tourism in Valle de Los Viñedos and Pinto Bandeira region.

“To better explain it, the region is the wine tourism location with the best service capacity in all of Brazil. Tourists can do many activities, besides wining and dining, such as visiting the city of Gramado, which is a tourist hotspot for those who want to spend a day or two in Pinto Bandeira or Bento Gonçalves,” he said.

In 2020, at the height of the COVID-19 pandemic, Brazil was where wine sales grew the most. According to the International Wine Organization annual report, wine demand increased by 18.4 percent compared to 2019. The report was published in Paris at the end of April 2021 and revealed that this had been the most significant boom in the Brazilian market since 2000. In total, Brazil sold 430 million liters of wine.