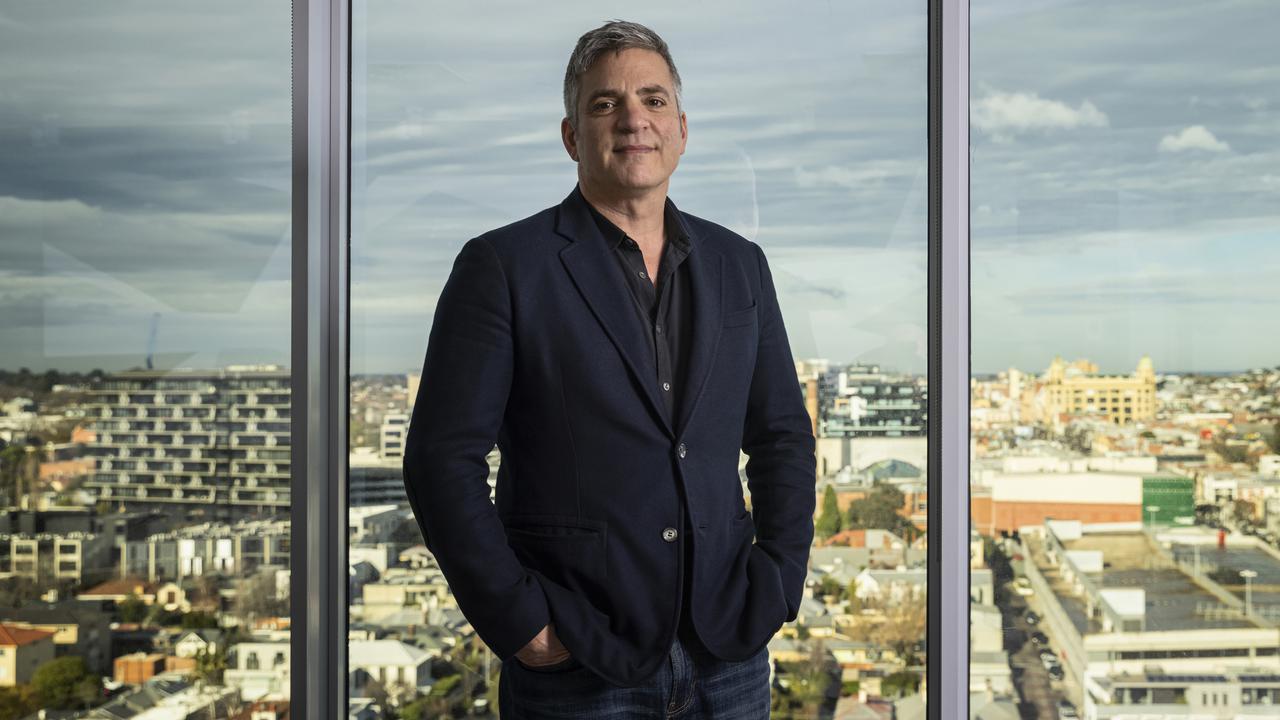 Peter Edwards has inherited a passion for the arts from grandparents Victor and Loti Smorgon. (Daniel Pockett/AAP Image)

MELBOURNE, Australia — From childhood immigrants to the heights of Australian business, Victor and Loti Smorgon’s legacy continues, as does a hereditary passion for the arts.

The Ukrainian-born industrialist who called Melbourne home and built a fortune on paper, plastics, packaging, property, and steel, together with his wife were fierce champions of the arts.

When the couple donated 154 of their own works to Sydney’s Museum of Contemporary Art, it was in part because they wanted as many people as possible to share the viewing joy.

“We are large supporters of the arts and believe it benefits the community on a broader basis,” says Peter Edwards, CEO of the Victor Smorgon Group and one of 15 grandchildren of the late Victor and Loti.

“Yet the ability to inform people of activity in the space is getting less and less. In its simplest form, we can spend all the money we like buying works of art, but if no one knows they’re out there, it’s a waste of time.”

In its latest move to champion Australia’s diverse arts sector, the Loti, and Victor Smorgon Family Foundation has joined forces with Australian Associated Press to create a source of articles.

The philanthropic venture will see the nation’s only independent newswire produce articles spanning the visual and performing arts, literature, film and TV, design, and fashion.

The Smorgon family has a storied track record in philanthropy.

Over the course of their long lives — Victor died in 2009 at age 96, and Loti passed away four years later at age 94 — they gifted $40 million in donations and works of art to the National Gallery of Victoria, including a 1981 portrait of Loti by American pop artist Andy Warhol.

In 1995, came the couple’s donation to the Museum of Contemporary Art. Their beneficiaries include the Melbourne Symphony Orchestra and the Victorian Arts Centre.

In addition to the arts, they were generous benefactors in the areas of medical research, education, and community development. The Smorgon outpatient’s wing at the Royal Victorian Eye and Ear Hospital is among their massive contributions to the medical institutions of Australia.

Born in Ukraine in 1913, Victor emigrated to Australia with his family in 1927.

His father, Norman, started a kosher butcher alongside his two brothers in the inner-city Melbourne suburb of Carlton, and Victor soon became involved.

From the early 1950s, he was in charge of the family business, which diversified to include steel, plastics, paper, forestry, and property.

Loti Kiffer, who was born in Poland in 1918, came to Australia with her parents in 1927 and met Victor at a Jewish community dance when she was 17. They married in 1937 and had four daughters.

The Loti and Victor Smorgon Family Foundation is the philanthropic arm of the family and its investment management company, the Victor Smorgon Group. Foundation executive director Belinda Bardas, another of Victor and Loti’s 15 grandchildren, described the partnership with the Australian Associated Press as “a very good fit”.

“After reading about the decline in public-interest journalism, we began to conduct a scan of independent media options,” Bardas says of the genesis of the partnership.

“We were learning about public-interest journalism and its critical role in ensuring informed community discussion.”

“We realized that supporting an arts desk was a great fit for our family’s legacy,” she says.

“Art is an underserved sector, even though it is a vital economic, employment and cultural contributor.

“The premise of everything we do at the foundation is, ‘affect many’.”

“Newspapers are getting thinner and so much is missing, like the arts. Australia is a creative country — we do a lot. It should be celebrated, discussed, and debated. We need to be challenged.”

The new association between the Australian Associated Press and the foundation is reflective of an emerging trend in philanthropic circles to support quality, merit-based news-gathering in Australia.

For Edwards, the foundation’s alliance with the Australian Associated Press is not dissimilar to its association with the National Gallery of Victoria (NGV).

“Really, we look at ourselves as risk capital,” says Edwards.

“From a philanthropic point of view, the family felt that (the association with the Australian Associated Press) was a very good strategic initiative that we could support for a period of time, to get it established and operational and to ensure its sustainability,” he says.

“There’s no reason why that can’t happen.”

“I was a trustee of the NGV for nine years and I still sit on the (gallery’s) foundation (Board),”

“What a lot of people don’t realize is that (the NGV) has a higher membership than many football teams. There’s a large sector of the community that is activated in this space, they’re just not necessarily noisy.”

If Loti and Victor were alive today, says Bardas, they would see the association between the Foundation and Australian Associated Press as “a tremendous step forward” for the arts.

“This is about creating a space where people have a voice and the world can be seen from another perspective,” she says. “They would be absolutely delighted.”