In her interviews earlier, Panday had mentioned that Hrithik Roshan was her favorite actor when she was growing up.
By Zenger News Desk July 5, 2021
Facebook
Twitter
Linkedin
Email 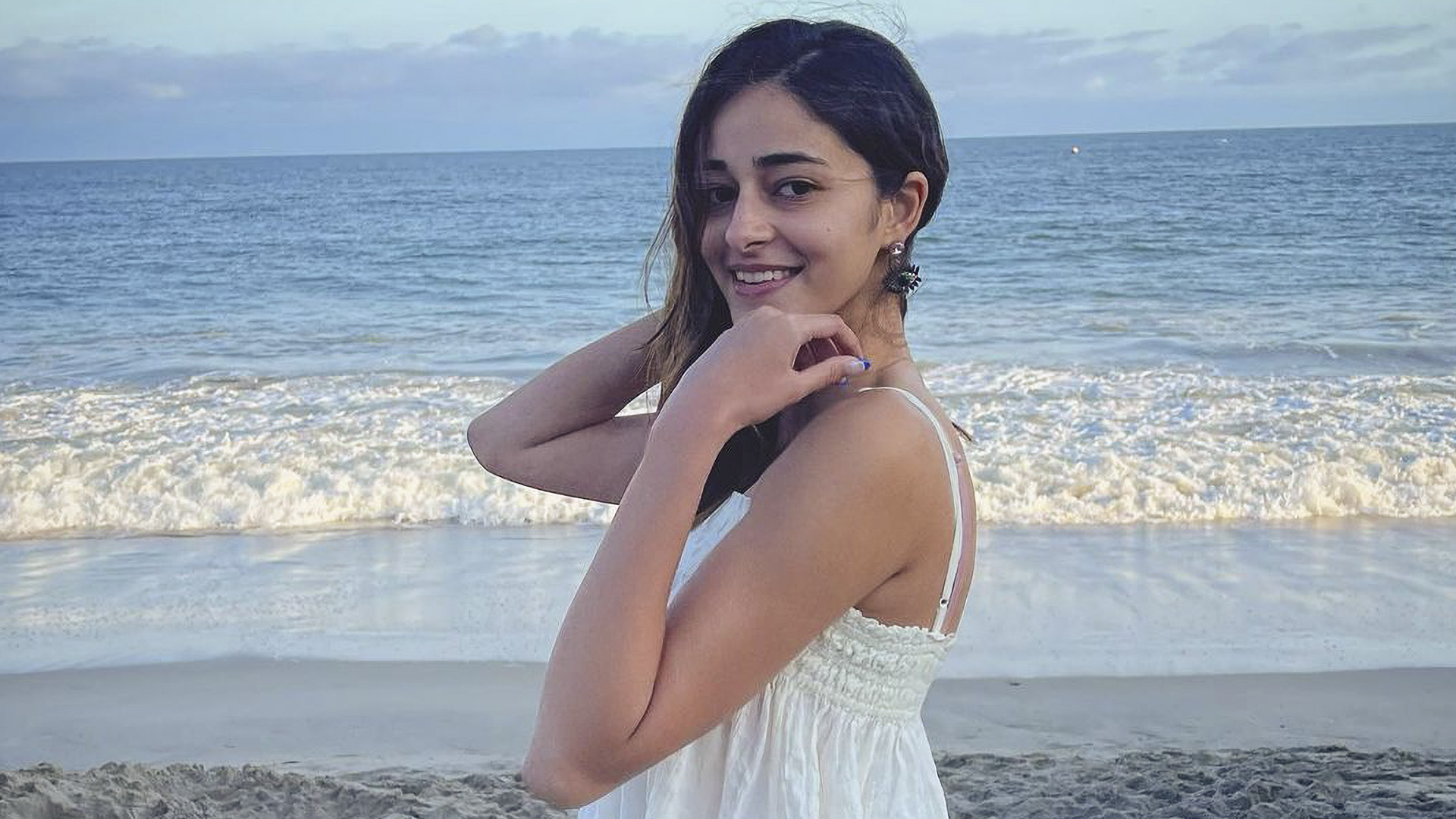 Ananya Panday, on July 4, shared a post trying to recreate a “Kaho Naa Pyaar Hai moment” on the beach. (Ananyapanday/Instagram)

NEW DELHI — Bollywood actor Ananya Panday, who is very active on social media and often treats her fans and followers to stunning pictures of her, on July 4 shared a post trying to recreate a “Kaho Naa Pyaar Hai moment” on the beach, but it did not go as expected.

The “Student of the Year 2” actor took to her Instagram handle and shared a series of pictures in which she was seen wearing a short white dress with an oversized bomber jacket.

In the first photo, Panday could be seen running on the sand, while in the next, she swept her hair to one side and posed for the camera. The third was a candid click, and in the last image, she had an unhappy expression.

“Having my ‘Kaho Naa Pyaar Hai’ moment with myself (it clearly didn’t end well),” she captioned her post.

In the comments section, friends and family expressed their thoughts on Panday’s pictures.

Even her aunt Deanne Panday also dropped heart and heart-eyes emojis on the post.

Not just friends and family but even the fans showed some love on her post.

In her interviews earlier, Panday has mentioned that Hrithik Roshan was her favorite actor growing up.

The Rakesh Roshan directorial “Kaho Naa Pyaar Hai” had marked the debut of Hrithik — his son, and Ameesha Patel. The romantic action film released in 2000 and was a major blockbuster.

The story is about a girl who comes across a doppelganger of her deceased lover in New Zealand and now has a chance to know the people behind his murder.

Three-film-old Pandey is the daughter of actor Chunky Panday and fashion designer Bhavana Panday. She made her Bollywood debut with the movie “Student of the Year 2” in 2019 alongside Tiger Shroff and Tara Sutaria.

Panday then moved on to work on films like “Pati Patni Aur Woh” with Kartik Aaryan and Bhumi Pednekar; and “Khaali Peeli” with Ishaan Khatter.

“I want to applaud all those people who’ve used social media constructively for social good. By using social media responsibly, you all empowered yourselves to deal with the pandemic crisis, overcome situations and help the needy and affected in every way possible,” she said.

“‘Social Media for Social Good’ is a series in which I’m going to be talking to some of the ‘Heroes’ of social media who have used it positively and constructively for the good of society! Social media can be a kinder place — let’s all do our part in making sure that happens.”

The campaign is a part of her Digital Social Responsibility initiative (DSR) So Positive.

On the work front, Panday will soon make her pan-India debut with Puri Jagannadh’s “Liger,” which also stars Vijay Deverakonda as a boxer. As per reports, the film will release in five languages — Hindi, Tamil, Telugu, Malayalam, and Kannada.

Apart from “Liger,” Panday will also be seen in Shakun Batra’s next, alongside Deepika Padukone and Siddhant Chaturvedi.