What Freedom Means To Me: Americans Celebrate July 4

Millions mark July Fourth as a day of freedom and here some Americans tell what that means to them.
By Hamil R. Harris July 4, 2021
Facebook
Twitter
Linkedin
Email 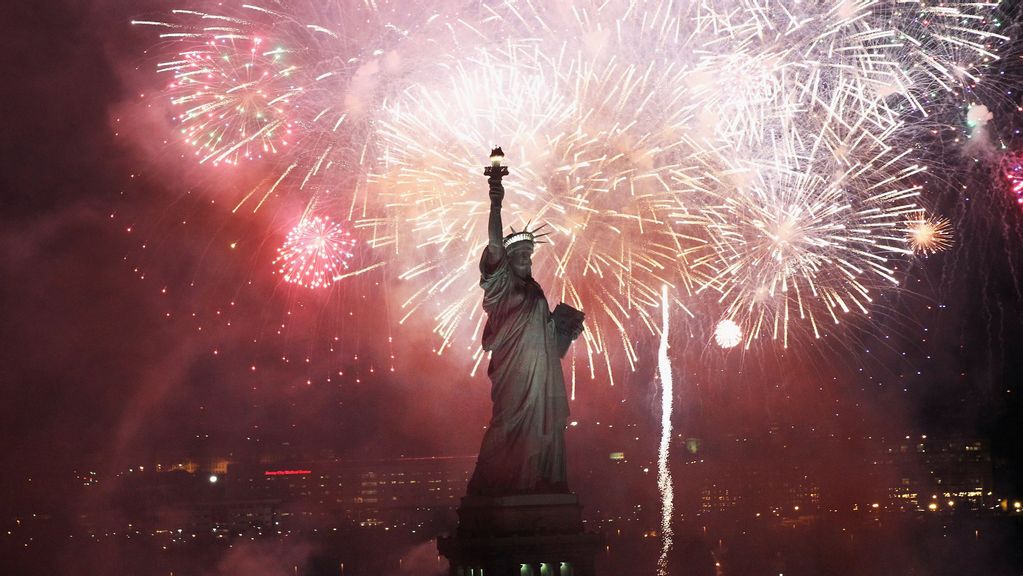 WASHINGTON — Every morning John Carr opens his front door on Amelia Island, Georgia, to watch the sun rise above the Atlantic Ocean.

Because he is retired as a Certified Public Accountant he recently drove a friend and her family members 6,000 miles across the country and back.

“I went to 22 states and eight national parks,” Carr said. “One of the greatest freedoms that we enjoy as Americans is the freedom of movement, we are free to move.

“Americans went from East to West because they didn’t want to be close to their neighbors.”

On this Fourth of July weekend, Americans are expressing freedoms in ways that are as varied as their backgrounds, geographic locations and walks of life.

What is clear is that after a year and a half of dealing with COVID-19, many Americans are ready to move by ground, rail and air.

But freedom for some has run into a judicial roadblock in South Dakota, where a federal court judge has ruled against a lawsuit filed by Gov. Kristi L. Noem, who wanted the National Park Service to lift the ban it imposed on fireworks at Mt. Rushmore.

President Donald J. Trump was on hand for a massive show last year, the first since 2009.

Noem, a Republican, wanted a repeat performance this year but in a 36-page decision, U.S. District Judge Roberto Lange refused to overturn the National Park Service decision, which the agency said was a precaution against the spread of COVID-19 and of wildfire, at a time when they are happening across the West.

An NPS official at the headquarters at Mount Rushmore declined to comment.

When one asks United Airlines pilot Clifton Curtis about freedom he has plenty to say. Before he flew the Airbus A320 he served first in the Navy as a helicopter and T-34C training pilot and then moved to the Air Force reserves to fly the C-130 cargo plane.

“When I think of freedom I think about General Daniel Chappie James who is from my hometown of Pensacola, Florida,” Curtis said.

“Chappie James was the first African American four-star general in the Air Force, and he stood for the ideals of freedom regardless of the ills of this country.

“He said ‘I will continue to hold her hand even though this country has had her challenges.’

“General James believed that when you take the oath for service you commit to support and defend the constitution of the United States.”

“We just completed a free summer camp for underserved youth ages 13–17 and this was a 25th year. For me freedom is living out the legacy of those brave men and women who came before me.

“We normally have about 35 boys and girls in the camp that ended June 19, and now we are preparing 100 backpacks with school supplies that will be distributed August 7 at the flight academy which is located at the home where Chappie James grew up.”

Jeff Hubright was an Air Force captain who served as a weather officer for more than a decade. Then he joined Delta Air Lines where he worked as a weather forecaster and flight dispatcher for 30 years. Now Hubright is serving his country in a different way.

“I want to honor people who have given so much to this country,” said Hubright, who since retiring from Delta has gone from making lunches for children with Project Kids East to playing “Taps” for veterans who have died with Bugles Across America.

Hubright recently played “Taps” for a retired Air Force colonel who was the commander of the cadets at Florida State University.

He also played “Taps” for a man in the Coast Guard where there was an honor guard comprised of African American women.

“When I think about freedom. That funeral is what freedom looks like,” he said.

And Geri Allen, an actress from Los Angeles said: “I look at freedom a little differently. Out here, I can see the mountains, I see the ocean but when I think of freedom I look at it from a spiritual perspective.

“I have the freedom to worship. COVID-19 never stopped me, I still had the freedom to go to my heavenly father at any time and that is the ultimate freedom.”