Sharks are “fragile and vulnerable,” says marine life fan who pats them on the head.
By Cristian Maxian July 4, 2021
Facebook
Twitter
Linkedin
Email 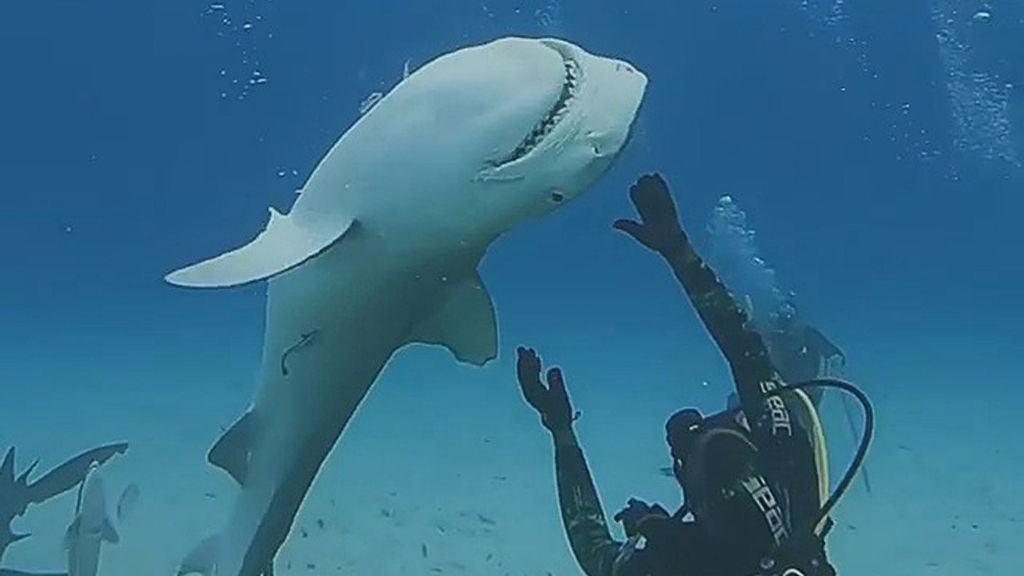 The footage was shared on Instagram by Saveliy Mankovskiy, who was born in Russia, raised in New York and moved to Hawaii 14 years ago, when he was 19 years old.

“Truth be told, I did most of my growing up here in Hawaii,” he said.

“When I moved to Hawaii in 2007, I immediately started working on boats as a deckhand and then progressed into scuba and freediving. I worked on a wide array of boats from dive-boats and sailboats to tug boats and launch boats. I had several boat captains that were a pure inspiration to me,” Mankovskiy said.

“I also learned how to scuba dive and began my freedive journey as well. I am the embodiment of those amazing boat captains that shared their knowledge with this 19-year-old kid with a lot of questions.

“My friends and I go out diving, and whatever comes out is the inspiration for the subject of my videos. I try and praise the ocean and marine life as much as possible, sometimes even humanize it, so the viewer that doesn’t have the same connection to the ocean or wildlife can see that.”

As for his familiarity with sharks: “Sharks are incredible animals that are just as fragile and vulnerable as every human being. They also each have their own personality, no shark is the same. We as humans must recognize them as a species that must be protected, respected and loved.

“If you meet a shark in the ocean, do not panic, do not make any sudden frantic moves, or any motions that resemble that of fear or prey. Make eye contact and be still. You are not food for the shark, so don’t act like it,” Mankovskiy said.

“People should be cautious and respectful of sharks; it is a predator. But they should not be subjected to the global holocaust and utter eradication currently in effect.”

As well as being a freediver, a scuba instructor and a captain, Mankovskiy owns a car rental business he launched nine years ago.

“We now have 180 cars, full time staff and management. This allows me the freedom to spend my time doing what I love most, even if it doesn’t pay the most. Obviously, that is being in the water,” he said.