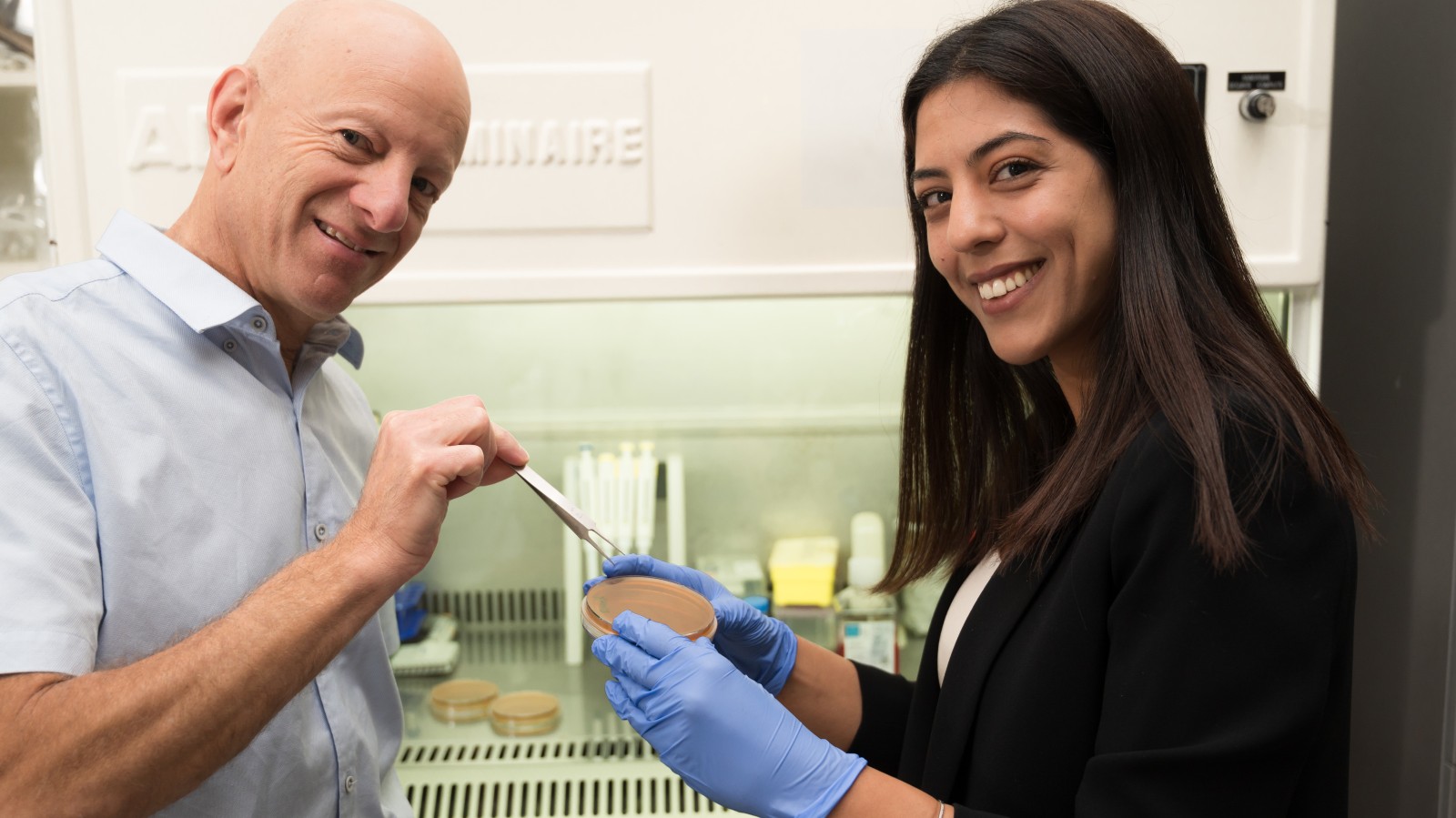 Scientists from Ben-Gurion University of the Negev in Beersheva, along with American and German colleagues, have developed “molecular tweezers” to destroy the biofilm that surrounds and protects antibiotic-resistant bacteria in the body.

Antibiotic resistance occurs when germs like bacteria or fungi develop the ability to defeat medicines designed to kill them. Infections caused by antibiotic-resistant germs are difficult, and sometimes even impossible, to treat.

The molecular tweezers developed by professor Raz Jelinek, and his PhD student Ravit Malishev from BGU’s department of chemistry, change the structural and assembly properties of the biofilm surrounding antibiotic-resistant bacteria. This clears a path for the immune system to effectively combat infection.

They tested two types of molecular tweezers on Staphylococcus Aureus (Staph) bacteria to either disrupt biofilm formation or break existing biofilms. The mortality rate from Staph infections in the United States is over 25 percent.

“Binding the tweezers to the biofilm disrupts its protective capabilities,” said Jelinek, who is also Ben-Gurion University’s vice president of Research & Development and a member of the Ilse Katz Institute for Nanoscale Science and Technology.

“In consequence, the bacterial pathogens become much less virulent to the human body, and more vulnerable to elimination by the immune system,” he added.

“Our discovery prevents infection without building up antibiotic resistance. As such, it might even be preferable to construct treatments based on molecular tweezers rather than antibiotics.”

Results of the successful study were recently published in Cell Chemical Biology.