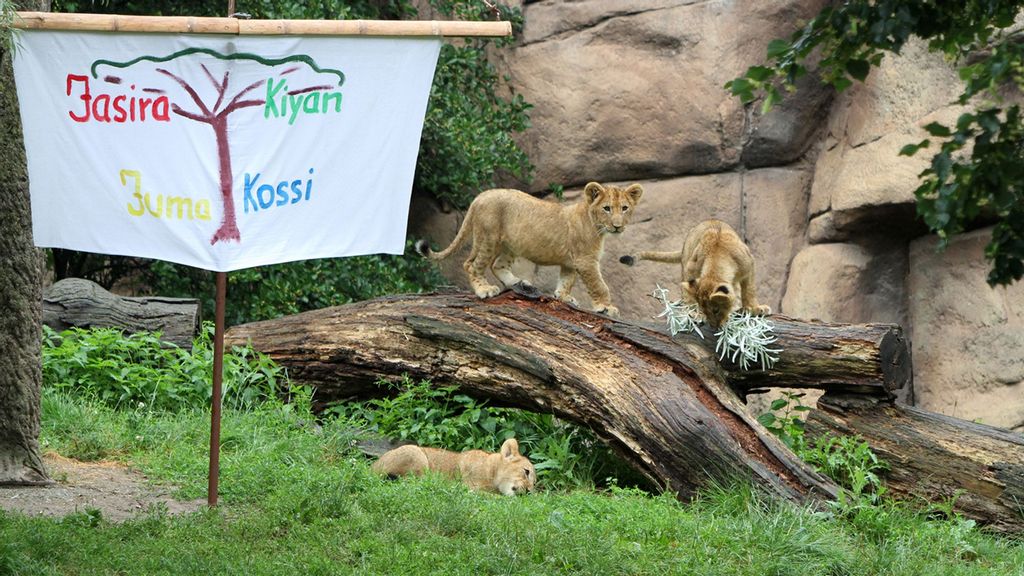 A German zoo has chosen the names for its four lion cubs after receiving over 8,500 suggestions from enthusiastic fans.

Seven-year-old lioness Kigali gave birth to quadruplets with her 6-year-old partner, Majo, at Leipzig Zoo in Germany. The cubs have finally received their names after fans sent in thousands of suggestions.

After staff went through all the entries, they finally decided to name the two female cubs Jooma and Jasira, while the male offspring received the names Kossi and Kiyan.

In a video, Kigali can be seen playfully interacting with the cubs as they run across their enclosure together. Onlookers declare the sight “sensational” as the lioness reacts.

“I am delighted that the four cubs have developed so splendidly and that we can present the quadruplets to our visitors at the 20th anniversary of the Lion Savannah,” Leipzig Zoo director Jorg Junhold said.

“Our keepers have once again chosen wonderful names that relate to the lions’ native homes,” Junhold added.

Leipzig zookeeper Jorg Graser explained that choosing the names was not an easy task.

“This time it was not easy to make a decision if we take into consideration the large number of proposals,” Graser said. “We liked the names Juma and Kossi because of their meaning, [born on a Sunday].”

Regarding the other two names, “Jarisa meaning ‘brave’ and Kiyan meaning ‘king’ go along just as nicely and are also very easy to remember,” Graser said.

The young cubs are spending the summer in the Lion Savannah’s ‘Makasi Simba’ enclosure with their parents.

Zookeepers will continue to watch Kigali’s actions “very intensively,” as the lioness’ behavior with her previous litters has proved “violent” and “sometimes fatal,” according to the Leipzig Zoo website.

Big cats, including African lions like Kigali, sometimes commit infanticide in the wild, and more commonly in captivity. While it’s unusual for a lioness to kill her own cubs, it sometimes happens if the cubs are ill, or if the lioness is an inexperienced first-time mother.

However, Graser predicts a bright future for the new lion family, commenting on Kigali and Majo’s parenting as well as the cubs’ growth.

“The two are a great couple and have been looking after the young animals together since day one, and they are slowly starting to nibble on the meat themselves and follow their parents,” Graser said, according to the Leipzig Zoo website.

The Leipzig Zoological Garden, also known as the Leipzig Zoo, which covers about 67 acres and contains approximately 850 species, was opened on June 9, 1878.