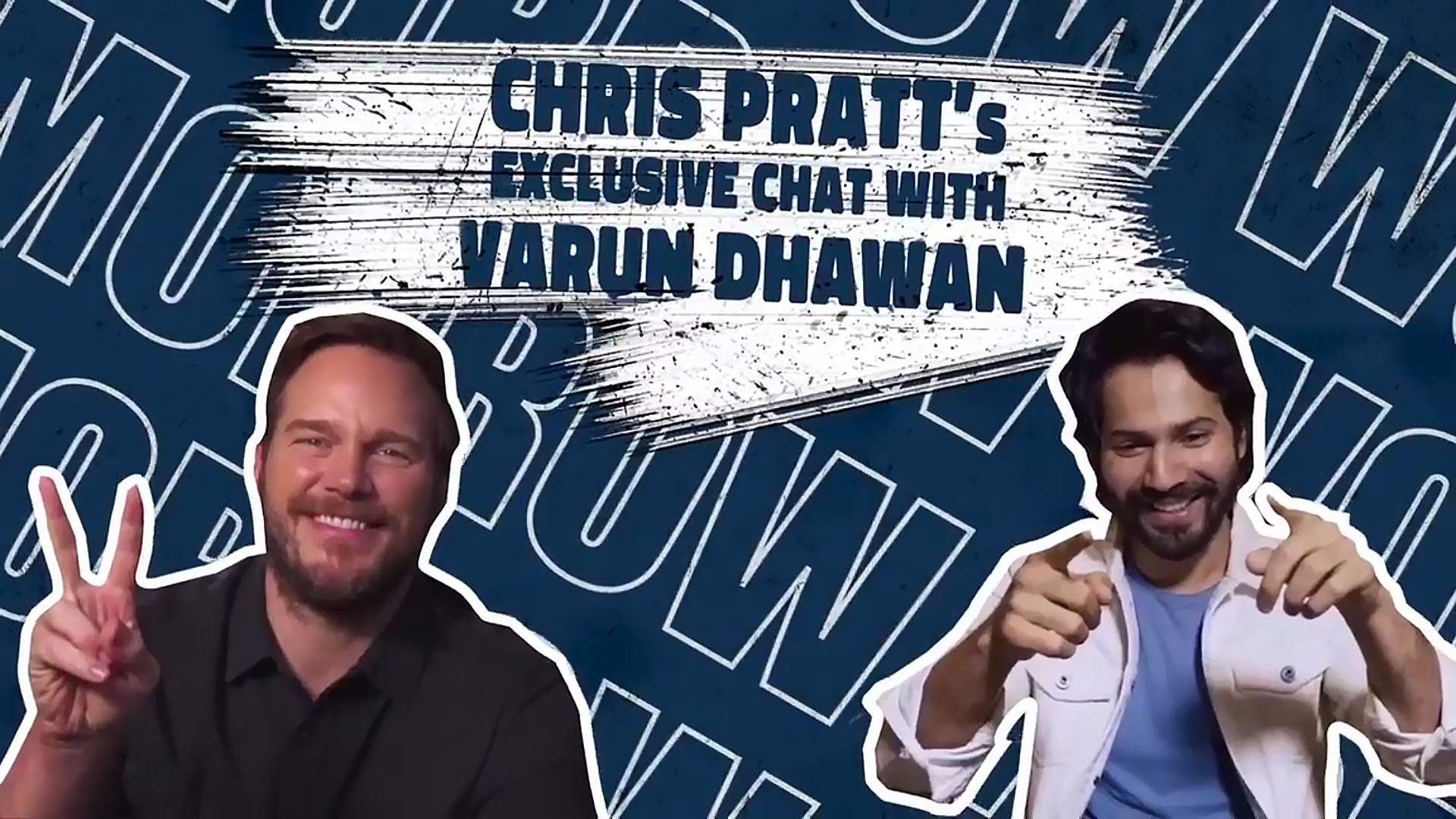 MUMBAI, India — Ahead of the release of “The Tomorrow War,” Hollywood star Chris Pratt did a virtual interaction with Bollywood actor Varun Dhawan to promote the movie.

In the candid conversation, both the actors are seen talking about their common loves — cinema and other things. As Pratt revealed some interesting details about the film, Dhawan reciprocated by teaching him dance steps from his film.

The audience got to see Dhawan teaching Pratt a few dance steps on his song “Chalti Hai Kya 9 Se 12” from the Bollywood movie “Judwaa 2“.

Dhawan has posted the video of him and Pratt on his official social media handles.

“Nothing much to see here, just @prattprattpratt and I — talking about anything and everything #TheTomorrowWarstreaming 2nd July onwards on @primevideoin,” read the tweet.

Dhawan, who has already watched “The Tomorrow War”, asked Chris Pratt about the title and significance of the film.

“Tomorrow as an idea is a coming era,” said Pratt.

“The film is a big fun action-adventure that takes place in 2021 as well as in 2051. So, this war is being raged against the invading alien forces, though it takes place 30 years away. But if you look back at 1990, for me, that feels like yesterday.”

Dhawan asked if Pratt discusses movies with his father-in-law—Arnold Schwarzenegger.

“It is interesting to be able to talk to him [Arnold] about work,” said Pratt.

“There’s an understanding there. He is a much bigger icon than I will ever be, and he was a big part of the fabric of my youth. I am fortunate to have him as my father-in-law.”

Meanwhile, the “Badlapur” actor took over Instagram as he posted about the interaction.

Pratt grooving to the popular hit Hindi song left netizens in awe of him. The interaction between the two actors is up on YouTube.

“Oh My God!! He is looking so cute,” a user commented on the YouTube video posted by Amazon Prime Video India.

“Hahahaha… how lovely,” another one wrote.

Chris also spoke about his plans to come to India in the future.

“I can’t wait. I would love to visit India. I am dying to come there. There are so many different cultures in India… so many different people to explore and meet,” Pratt said during his interaction with Dhawan.

“The Tomorrow War”, the science-fiction action drama, will be released on Amazon Prime Video on July 2.