Only 1.3 million international passengers flew on the region's carriers in May.
By Zenger News Desk July 2, 2021
Facebook
Twitter
Linkedin
Email 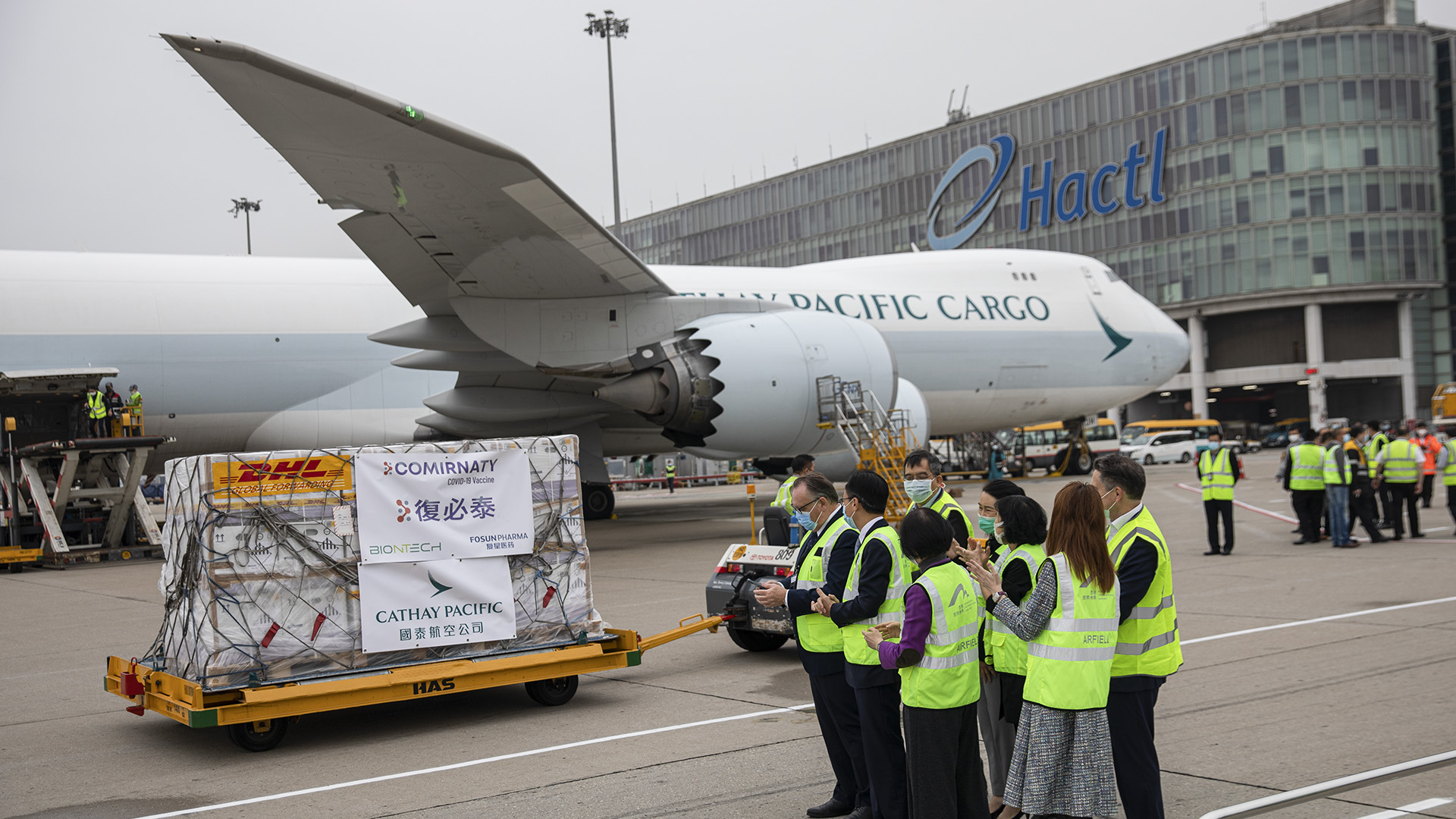 A trolley carrying Pfizer-BioNTech Comirnaty vaccine, jointly developed by Fosun Pharma and BioNTech, is transported to a warehouse after being unloaded from a Cathay Pacific cargo plane at Hong Kong International Airport in Hong Kong, China. (Jerome Favre - Pool/Getty Images)

KUALA LUMPUR, Malaysia — International passenger traffic volumes remained at depressed levels, showed preliminary air traffic figures for May released by the Association of Asia Pacific Airlines. Strict border restrictions held it back amid concerns about the spread of Covid-19 variants.

Only 1.3 million international passengers flew on the region’s carriers in May, representing just 4.3 percent of the volumes carried in the corresponding month of 2019.

As a result, the average international freight load factor rose by 11.7 percentage points to 73.7 percent.

Subhas Menon, Director General, Association of Asia Pacific Airlines, said air cargo volumes carried by Asia Pacific carriers have largely recovered to pre-pandemic volumes in response to strong demand. This contrasts starkly with the depressed state of international passenger traffic, which has remained largely stagnant with no improvements seen in over a year.

“The uneven pace of vaccinations throughout the world has delayed the recovery in international air travel,” he said.

“In some advanced economies, travel markets are slowly recovering as populations get vaccinated, and business activities resume.”

However, the same cannot be said for most emerging market economies in Asia, where vaccination roll-outs remain slow due to supply constraints, logistical issues, and a limited workforce.

As a result, the travel and tourism sectors in the region have continued to suffer as strict border controls remain in place. International passenger traffic carried by Asia Pacific airlines amounts to barely 5 percent of pre-pandemic volumes.

Menon said renewed concerns over the appearance of new Covid-19 variants had held back any meaningful reopening of borders.

“This will hurt airline survival, and additional government support will likely be required as the crisis is prolonged,” he said.

It is the world’s first bloc-to-bloc air transport agreement.

“This important development comes at a critical moment for airlines from both regions, paving the way for increasing air connectivity across 40 countries,” said the Association of Asia Pacific Airlines.

The Association of Asia Pacific Airlines permanent secretariat is headquartered in Kuala Lumpur with international representation in Brussels and Washington DC.

Collectively, the region’s airlines carry 1,623 million passengers and 23 million tonnes of cargo, representing over one-third of global passenger and air cargo traffic, and thus play a leading role in the ongoing development of global aviation.