Popcorn With Zenger: ‘The Forever Purge’ Is Poorly Written Hatred

No matter which quadrant of the political compass you identify with, the storyline is awful.
By Jacob Smith July 2, 2021
Facebook
Twitter
Linkedin
Email 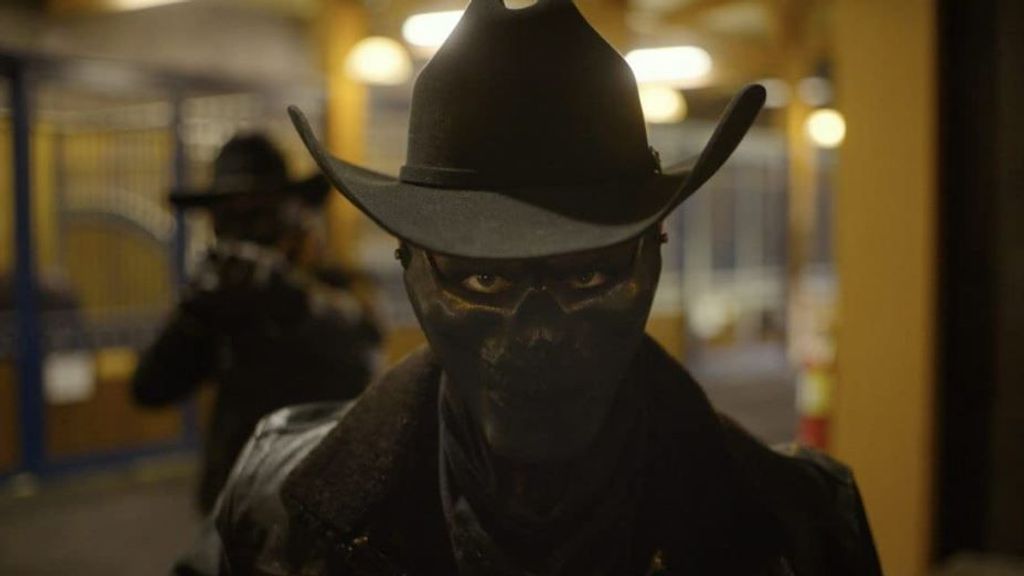 “The Purge” doesn't end after the buzzer. (Courtesy of Universal Pictures)

Subtle — making use of clever and indirect methods to achieve something or making something difficult to analyze or describe.

Universal Pictures’ “The Purge” franchise is about as subtle as cracking someone in the face with a baseball bat. Birthed during the early days of Blumhouse Productions, Jason Blum’s production company, which turns low-budget horror films into box-office hits, The “Purge” films have become one of the most divisive franchises in the industry today.

A series that began on the absurd premise of legalizing murder for one night a year as a means of population control has become incendiary in its views of the United States.

It is no coincidence that every film since the first has been released on the Fourth of July weekend as a cinematic middle finger to the celebration of American independence. When a film’s villain is Ronald Reagan in a Nazi uniform, it’s pretty clear who its audience is.

There is a niche audience — by design — for Universal’s torture-porn franchise and after five films, the well of enjoyment is bone dry.

The Story: “The Forever Purge” takes place a year following the events of the last chronological purge, in which the annual free-for-all has finally come to an end.

A Mexican couple, Juan (Tenoch Huerta) and Adela (Ana de la Reguera), reside in America after fleeing Mexico to escape retribution from drug cartels. They work for a rich white family maintaining their ranch. The couple believes they are safe now that the purge has finally concluded.

But a certain group of white nationalists is not ready to give up on the purge. The group plans on creating a “forever purge” as a means to kill and eliminate black and brown people from the country.

In an interesting turn of fate, it is now Mexico that has become a safe refuge for Americans trying to flee the violence at the border. Our couple must survive a brutal onslaught from the uber-nationalists in the purge “overtime” event.

Bright Spots: For action-movie buffs, the only positive that “The Forever Purge” offers is brutal combat and violence that will please most B-movie aficionados. If you can turn your brain down and remove all context and reason from the story, the film delivers some good fistfights, brutality and gun battles for half of its 103-minute runtime. The positivity stops here.

Weak Spots: Calling a franchise that reenacted the Charleston church shooting to score political points “tasteless” is like calling out an alligator for eating your dog. At this point, you know what you are dealing with.

Writer/director James DeMonaco’s “The Forever Purge” suffers from the same illness as all of its predecessors. A complete lack of subtlety in its storytelling makes for an unbearable movie-going experience, no matter which quadrant of the political compass you identify with.

The premise pits evil white people in a deadly battle against poor brown people in a battle at the U.S.–Mexico border. DeMonaco’s writing lacks tact and nuance, making his films too incendiary to be labeled satire and too aggressive to not be labeled propaganda.

The characters are loonier than a Hanna-Barbera cartoon, especially the villains DeMonaco attempts to paint in a modern light. At times, the story becomes more believable in the setting of a Foghorn Leghorn cartoon than in its own universe. Dreadful dialogue includes one-liners from the protagonist that are so groan-inducing, you begin to root for the bad guys, so you don’t have to hear another one.

Every movie in this series has attempted to cover classism in some fashion, but the writing is chock-full of so many blatant buzzwords and talking points, it is like taking the worst parts of Fox News’ Sean Hannity and MSNBC’s Joy Reid and putting them in a single person who lacks the intellectual capacity to formulate a coherent point of view.

The Takeaway: It is impossible to target the audience this film would appeal to 2021. Not only does “The Forever Purge” fundamentally fail as a horror movie, but when it is all said and done, it is a film that satisfies no one.