As of June 1, the Covid-19 positivity rate has jumped to nearly 22 percent due to limited testing.
By Zenger News Desk July 2, 2021
Facebook
Twitter
Linkedin
Email 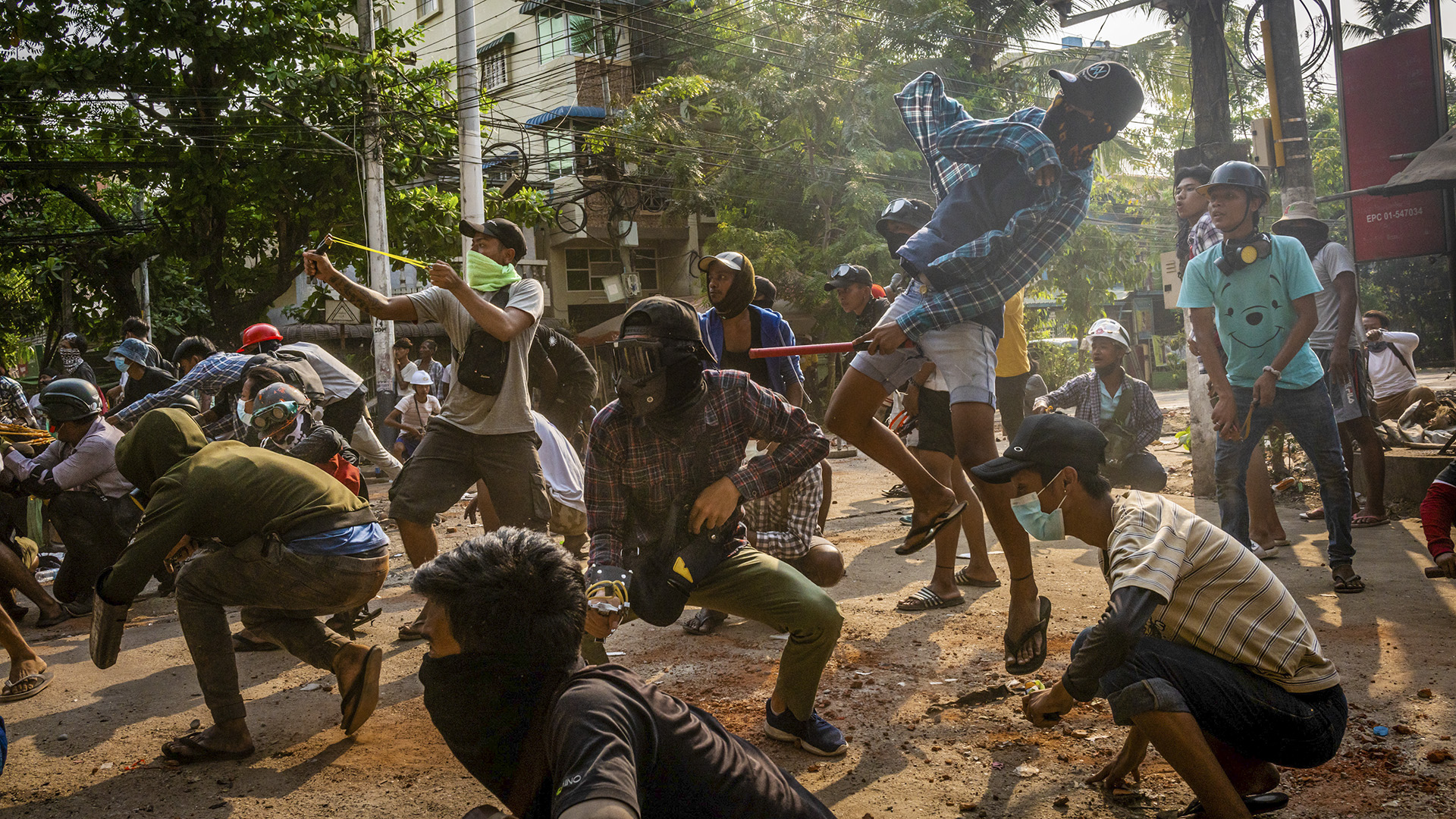 Along with a brutal military crackdown and a month-long national strike, Myanmar is facing a sharp increase in Covid-19 cases because of the military's neglect of the raging pandemic after the coup in February. ( Stringer/Getty Images)

NAYPYITAW, Myanmar (Burma) — Along with a brutal military crackdown and a month-long national strike, Myanmar is facing a sharp increase in Covid-19 cases because of the military’s neglect of the raging pandemic after the coup in February.

As of June 1, the Covid-19 positivity rate has jumped to nearly 22 percent due to limited testing.

Health experts believe that many cases are going undetected.

As many as 20 townships in six states and regions have been placed under pandemic-related stay-at-home orders by the military. Naypyitaw, the capital city, and Yangon, the largest city, have also reported outbreaks. 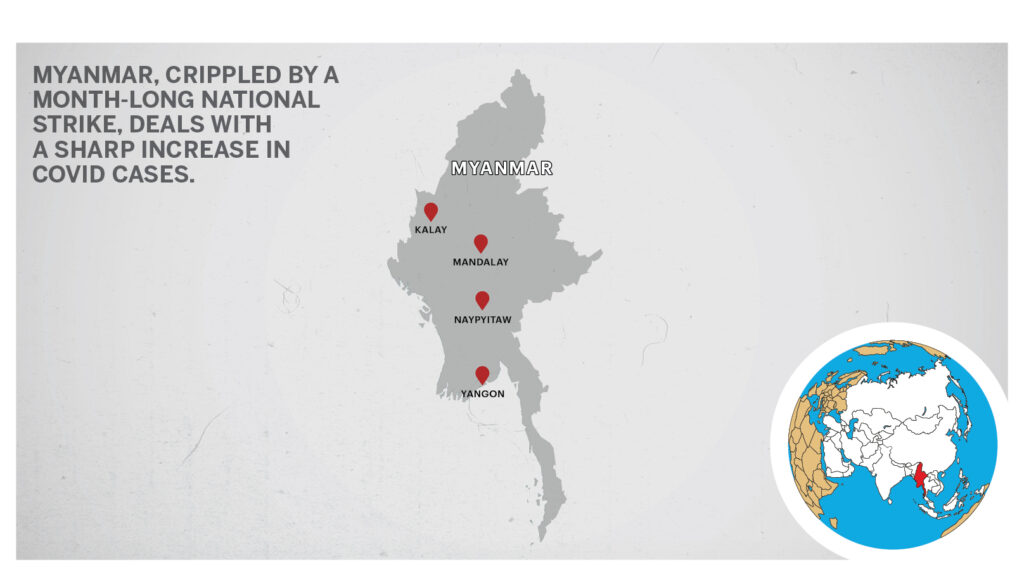 In Mandalay, the second-largest city of Myanmar, all seven townships were placed under stay-at-home orders. The six hospitals in the city that accept coronavirus patients have been filled to capacity since last week, according to a local medical charity.

However, the military regime has yet to impose lockdowns or restricting travel from areas with growing outbreaks. The ousted government in the Southeast Asian nation had acquired 3.5 million vaccines from India before the coup but has ignored plans to prioritize vaccinations for the elderly.

After some shots were given for vaccinating soldiers, many doctors refused to get a second dose from the regime in protest.

As a result of the military’s unwillingness to provide details about its vaccination program, Covax, the global vaccine-sharing program, had to delay a shipment of 5.5 million doses in March, said Stephan Paul Jost, the World Health Organization’s (WHO) representative for Myanmar.

In the meantime, doctors and healthcare workers have already gone on strike to protest the coup, and troops have occupied dozens of medical facilities, prompting many patients to stay away for fear of being detained or shot.

“The de facto authorities need to create an environment where people can work without fear and patients can get care without fear,” said Jost.

The town of Kalay, where soldiers fired machine guns and rocket-propelled grenades on anti-coup protesters and killed 11 people, has been hit hard by the coronavirus. Community leaders say the regime is providing little help in combating the outbreak.

The regime reports that 138 people have died nationwide from Covid-19 in the past two months, including 13 on June 1.

Lal Puia, a volunteer leader at the Ate Sut Community Center, has estimated that nearly 400 people have died in Kalay alone in that same period.

“The military government is doing nothing for Covid here, so people have to take care of themselves,” Lal said.

“Now, the situation is terrible. Every house has Covid patients because there are not enough places to isolate.”