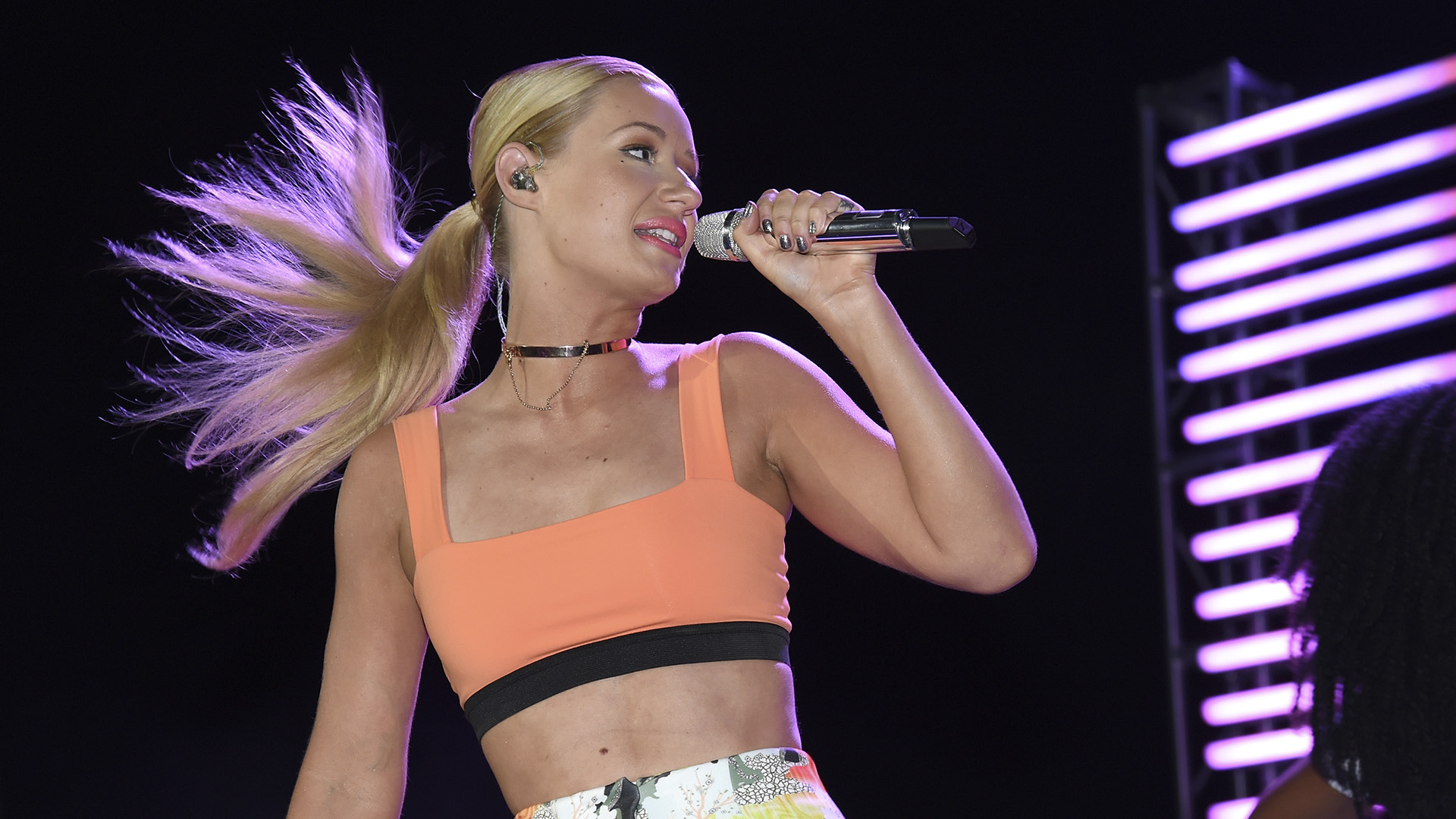 Iggy Azalea has alleged that Jamie Spears, Britney Spears's father, made the singer sign a non-disclosure agreement before her performance with Spears at the Billboard Music Awards 2015. (Ethan Miller/SLS Las Vegas/Getty Images)

WASHINGTON — Australian rapper and songwriter Iggy Azalea has alleged that Jamie Spears, Britney Spears’s father, and co-conservator, made the singer sign a non-disclosure agreement before her performance with Spears at the Billboard Music Awards 2015.

In a new statement posted to Twitter, Azalea claimed that she has “personally witnessed the same behavior” Spears alleged in her explosive, 24-minute testimony last week.

“It’s basic human decency to at the very least remove a person Britney has identified as abusive from her life,” said Azalea in her statement.

“This should be illegal. During the time we worked together in 2015, I personally witnessed the same behavior Britney detailed in regards to her father last week, and I want to back her up & tell the world that: She is not exaggerating or lying.”

“I saw her restricted from even the most bizarre and trivial things: like how many sodas she was allowed to drink. Why is that even necessary?” said Azalea.

Azalea claimed that Spears “conveniently” waited until “moments before” the duo’s Billboard Music Awards performance that year to force Azalea to sign an NDA — or else “he would not allow me on stage.”

During her testimony, Spears alleged that she was put on lithium after wanting to back out of a show in Las Vegas, with the justification being that she was not taking her current medication or cooperating at rehearsals.

Last week, Spears had claimed that her father, who’s now living in a trailer, should be in jail for the way he’s allegedly abused and controlled her. She also claimed he wouldn’t allow her to have her birth control device removed, preventing her from having a baby with boyfriend Sam Asghari.

On July 29, Spears filed legal documents claiming that he has not had any involvement in his daughter’s personal decisions for nearly two years. He has also demanded to order an investigation into the issues and claims raised by his daughter. He said he has not even spoken to his daughter in a long time because “he has been cut off from communicating with her.” Jamie laid all the blame for the restrictive rules on the songstress’ current personal conservator, Jodi Montgomery.

He said when Spears’s lawyer Samuel Ingham filed documents to appoint Montgomery, she was not mentally stable to make decisions about her medical treatment. Therefore, it was left to the conservator — now Montgomery.

Spears further fired at the claims saying the court never found his daughter was unable to consent to medical treatment, and the court never made such an order. Furthermore, he claimed it was Britney’s own lawyer who has been seeking to take away his client’s right to make medical decisions on her behalf and “vest those decisions solely in Montgomery’s hands.”

Jamie has controversially been at the head of the conservatorship since it began in 2008. His attorney has repeatedly said he loves his daughter. Still, Britney, who pays all of her father’s legal fees against her will, per the terms of the conservatorship, described her arrangement to the judge as “abusive.”

Azalea’s comments came after Judge Brenda Penny officially denied on June 30 Spears’ request to have her father removed as conservator, a proposal made in February. As stated by the judge, Spears still needs to file a formal motion to end the conservatorship.