Karthik Subbaraj wanted Al Pacino or Robert De Niro for his film ‘Jagame Thandhiram,’ but had to give up the quest soon.
By Gurpreet Kaur July 2, 2021
Facebook
Twitter
Linkedin
Email 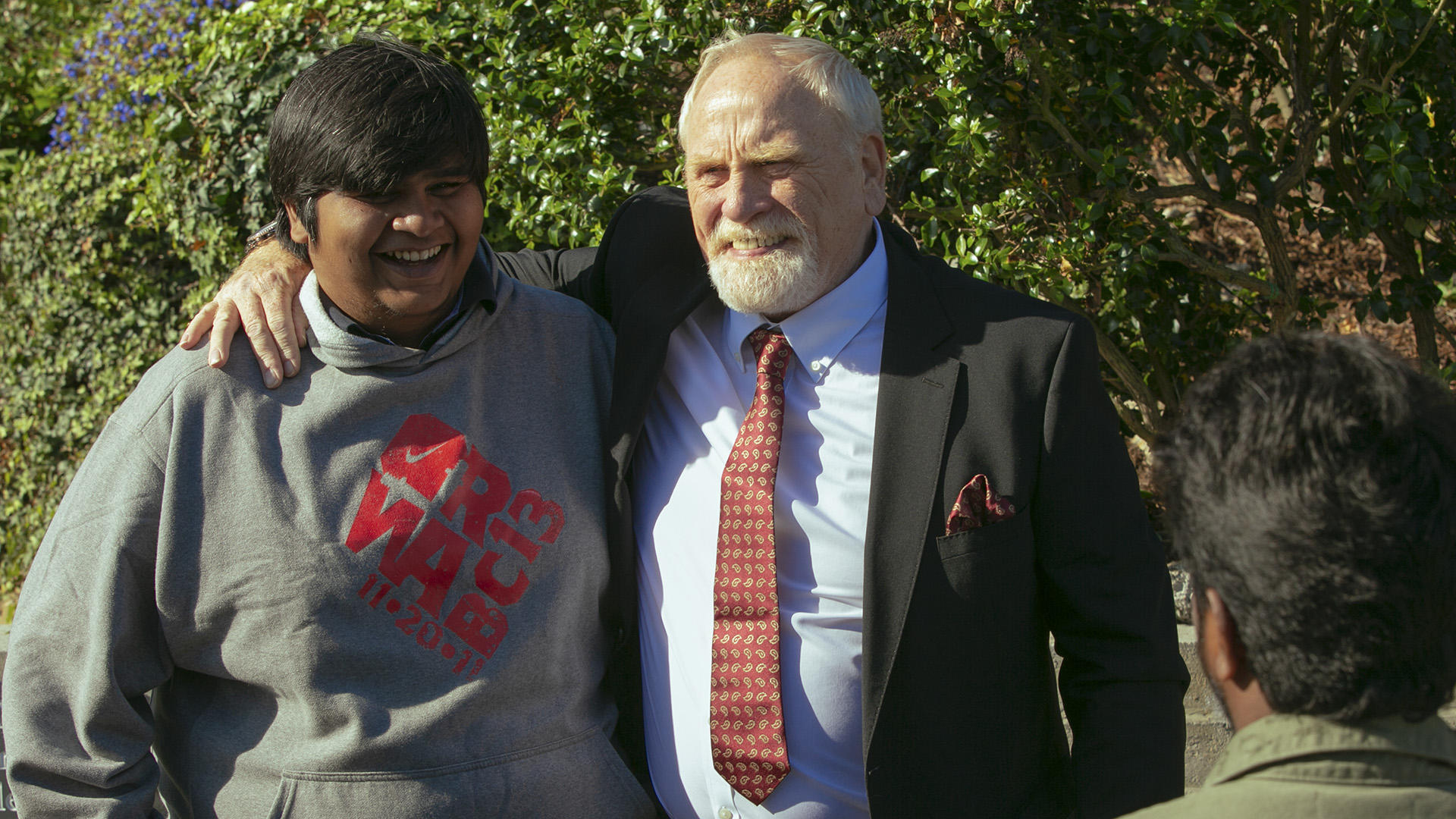 NEW DELHI — Priyanka Chopra Jonas is perhaps India’s most famous export to Hollywood, but she is not the only one.

Before her, actors like Amitabh Bachchan from “The Great Gatsby” and Irrfan Khan from “The Namesake”, and “Life of Pi” made a name for themselves in international cinema.

However, the equation hasn’t worked both ways.

Mainstream Hollywood actors have rarely been cast in meaty roles in Indian cinema. Actors like Sylvester Stallone, Denise Richards, and Sir Ben Kingsley have appeared in mainstream Bollywood films — but mostly in cameos.

It stars south-Indian superstar Dhanush along with Aishwarya Lekshmi, Kalaiyarasan, and Joju George. It also marks the Indian debut of Scottish actor James Cosmo, who plays the antagonist.

“When I first met James, he was expecting the whole stereotypical Bollywood song and dance routine in my film, but unfortunately, there was none. Still, he loved the character and enjoyed working with us,” Subbaraj said.

“Jagame Thandhiram” tells the story of a nomadic, ultra-cool gangster, played by Dhanush, who works with the global mafia and has to choose between being allies with them and revolting against them.

“The film required a foreign actor as it is a gangster film set in a foreign land,” said Subbaraj. “I wanted to try to and get someone like Al Pacino or Robert De Niro, as directing them has been a long-standing dream.

But the process of launching a Hollywood actor in an Indian movie turned out to be a “tedious” one — one that involved having a casting agent, sending the script to selected actors, and finally meeting with the actor, if he agrees to do so.

“I was there in Los Angeles for a month to understand the process of casting. We then hired a casting director and went through the entire process,” he said.

Finally, Subbaraj was forced to shift his film’s shoot location to London from New York “because of logistics issues”. But he still wanted a good performer.

“We started looking for a British actor in the U.K,” he said. “We zeroed in on Cosmo as I liked his performance in ‘Game of Thrones,’” Subbaraj said.

“Any actor and their preparations are the same; there is not much difference. Yet the process of getting them on board for the project is another matter. In India, bringing in Dhanush took a call and a meeting, and he was on board. But the process followed abroad is very different.”

Aishwarya Lekshmi, who stars as the female lead in the film, feels that being more inclusive enhances a film’s global appeal.

“Being more inclusive and having a wide variety of actors and technicians helps reach a wider section of the audience,” she told Zenger News.

Film critic and trade expert Joginder Tuteja said the reason why Indian directors find it difficult to cast international talent is that they can’t offer enough global visibility to the actor.

“When an Indian actor is part of an international film, he gets exposure not only in the U.S. or U.K., but also China, South Asia, and even the Middle East,” said Tuteja to Zenger News. “However, when an international actor works in an Indian film, he cannot expect that level of exposure.”

“For instance, while the Chinese market for Indian films opened up for Bollywood for a couple of years, only a few mainstream films like “3 Idiots,” “Dangal,” “PK,” “Secret Superstar,” and “Bajrangi Bhaijaan” worked well there,” said Tuteja.

“When an Indian film releases in the U.S., U.K., Europe or the Middle East, it is mainly the Indian Diaspora that watches it.”

Language is another barrier.

“An actor of Indian origin or from other countries, who can speak English, can act in English films,” Abhishek Banerjee, actor and casting director told Zenger News. “But an English-speaking actor cannot do much in Hindi films.”

Banerjee is best known for his roles in the 2018 horror-comedy “Stree” and Amazon Prime Videos’ web show “Paatal Lok” (2020). He has worked as a casting director for “The Dirty Picture” and “No One Killed Jessica”, apart from “Ok Jaanu” and “Secret Superstar“.

Besides the lack of visibility and the language barrier, there are budgetary constraints as well.

“After a point, we figured that we just didn’t have the budget to rope in an international actor,” said Subbaraj. “The overall cost of the  film would have been astronomical had we got such mega actors on board.”

Even if monetary constraints were not a factor, the fact remains that not many Indian filmmakers have enough international heft to appeal to an A-lister.

“Even if the film does not do too well at the box office, it should compensate with media coverage. Unfortunately, there are not many directors in India who get that kind of attention abroad,” Tuteja said.

Banerjee believes that while Indian filmmakers would want to work with Hollywood A-listers, no actor would agree to do a film without good pay, visibility, and a well-written part.

“Indian filmmakers need to raise the bar in terms of writing to make their stories appealing,” said Banerjee.

“There are the rare times when an actor says yes to a film solely on the strength of its story. For instance, when Robert De Niro did a cameo in the 2019 film “Joker” as Murray Franklin, a talk show host, he did it for passion, not for money,” said Banerjee.

“If the part and writing fit the actors, the casting process becomes easier.”

Interestingly, when there has been a requirement for a foreign actor, Indian films have managed to rope in good names. For instance, English actress Alice Patten played an important role in “Rang De Basanti” (2006), as did Rachel Shelley in the 2001 film “Lagaan”.

Subbaraj agrees that when Indian films are “diverse and relatable to audiences across the globe,” getting Hollywood or international movie stars would not be difficult, and collaborations may happen soon with online streaming platforms and new-age filmmakers.

«Previous Post
A Half-Century After The War, US Trade With Vietnam Surges»Next Post
Managing Employees In Dangerous Environments