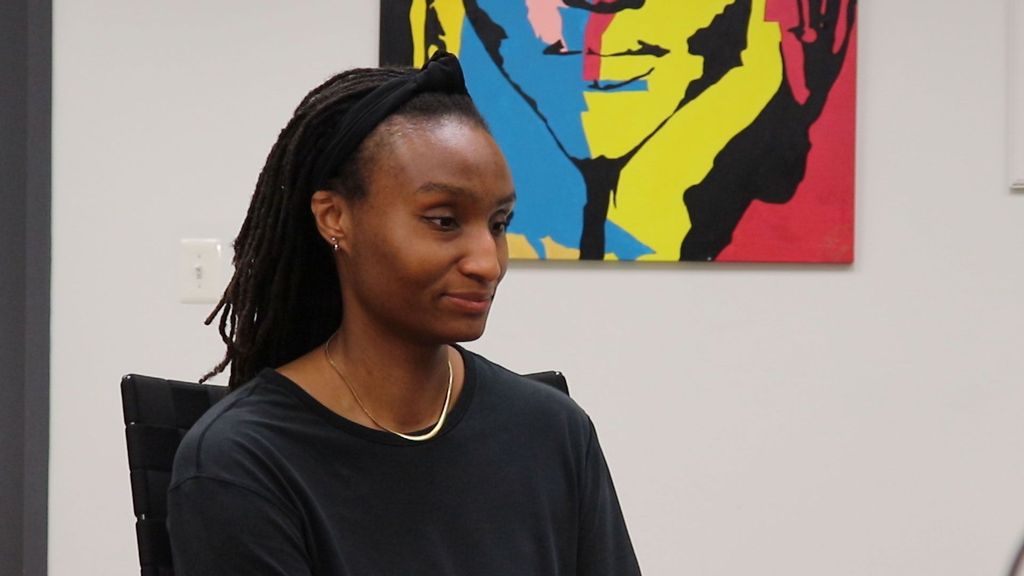 WASHINGTON — Ray McFarland and his wife, Leslie, have mastered the art of pivoting. They have “remixed” the business model of their 21st Century Expo Group three times since 2001. When 9/11, the 2008 stock market crash and the 2020 COVID-19 pandemic struck, the McFarlands altered their company to change with the times.

That’s just one of many lessons they’ve passed on to their daughter, Iman. Though she is a talented basketball player who could have played in the WNBA, she wanted to be a doctor. But her father saw a corporate superstar within. She is now chief operating officer and general manager of The Campus DMV, an athletic training and media production conglomerate that she co-owns with her parents.

Based in the Washington, D.C., suburb of Capitol Heights, Maryland, the minority-owned business has positioned itself as a multifaceted academic, athletic and wellness facility. The new enterprise is building a full TV studio and production facility to accompany a sports complex that features a state-of-the-art sound stage.

If Tyler Perry Studios merged with an IMG Sports training facility, that would describe the direction this family-owned conglomerate has pivoted to this time.

As a national champion basketball player at the University of North Carolina, Iman was projected to be one of the top players selected in the WNBA draft. However, the former All-American chose graduate school to prepare for her role in running the family business on campus.

“It was never about playing pro basketball for me,” Iman said. “I wanted to play college basketball at the highest level, hopefully for free.”

Her parents coached and guided her through their version of business school. Growing up in the family business, she saw firsthand what it was like to struggle. Their recovery from the tragedy of Sept. 11, 2001, and the financial hardships of 2008 led to a corporate resilience that served as a blueprint for survival during the pandemic.

“Once she decided that she wanted to join the company, we encouraged her to work for other companies in the industry to learn things,” Leslie said.  “She brought back ideas to us that helped make us a better company.”

Like many entrepreneurs who became innovative during the height of the pandemic, Iman’s parents pivoted to remain solvent so that she could inherit the family business.  21st Century Expo Group’s specialty was in event productions. The company had been successful in trade shows and displays and set-ups at conventions, expos and other events around the country. However, as the company pivoted once again, it diversified — and Iman’s ascent became apparent.

“Once the pandemic hit and there were no more trade shows, our company faced a hard pause,” Iman said. “My father, who is very much a visionary, figured out how to empty out our 40,000-square-foot warehouse that held 30 years’ worth of trade show equipment and turn it into a facility like no other.”

As a general services contractor in the trade show industry, 21st Century Expo had been producing more than 120 events annually with many high-profile clients, including Google, Intel, McDonald’s, Major League Baseball and Time Warner.

When lockdowns began, the events industry suffered. Without trade shows, concert, and corporate events, there was no revenue stream. Employees were furloughed.

But while the lights were out, the family made a bold bet to remake their company.

“When all of your clients cancel all of your trade shows for the rest of the year in the first quarter, we knew there was an immediate shift in gears that needed to take place,” Ray said.  “Our intent was to first survive the pandemic and figure out what resources we had available to us that could be converted in the lowest amount of time and for the least amount of money.”

The first major project was transitioning the first of the company’s three leased warehouses into the athletic training and competition facility. Three basketball courts, bleachers and a youth boxing ring became a training ground for youth basketball teams. Future Olympic hopefuls replaced the equipment the company had been using at live events.

The facility now serves as home for several nationally ranked AAU basketball programs, including one sponsored by Kevin Durant of the NBA’s Brooklyn Nets, and will host a women’s semi-professional basketball league this fall.

Another warehouse in the complex has been converted into a state-of-the-art soundstage and practice studio for bands. Many of the area’s local “go-go” bands use the private setting to stay sharp during late weeknight practice sessions. With establishments beginning to loosen COVID-19 restrictions, these bands have resumed with mini concerts playing the “official music” of D.C. throughout the area.

“There were bands that had been practicing in their basements virtually, and we know that isn’t the best way to build a sound,” Iman said.  “We partnered with another black-owned business who had the engineering technology in place, so we flipped the space in a matter of a few days.”

Iman has followed in her father’s footsteps when it comes to business acumen. After earning an MBA from Howard University, she developed a proprietary online software for staff and clients that allows them to process orders more efficiently and reduce administrative costs. That helped spawn the development and expansion of the family’s empire, with Iman becoming chief operating officer of her own company at age 29.

Iman is also inspired and influenced by her mother. Leslie is a Howard University basketball hall-of-famer who also played volleyball from 1974-1977. As a child, Iman remembers watching her mother compete in the National Senior Games Association. A more lasting impression was watching her mother operate as a successful minority businesswoman in a male-dominated industry.

“My mom is an absolute baddy,” Iman said. “She has been fighting for us to keep the doors open every single day. I’m in awe of her. She empowers me.”