A confluence of unique factors made Mexican migrants heroes in their hometowns last year. 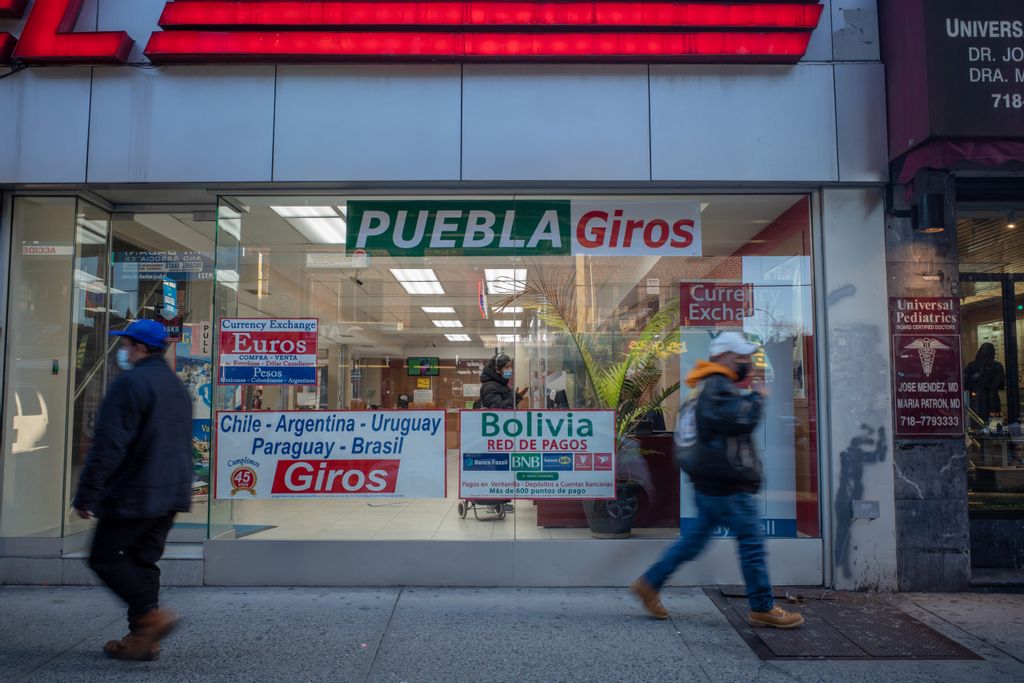 NEW YORK — When Queens resident Juan Carlos García stopped working in May 2020, it was yet another tribulation during a hard year. He’d already suffered through two weeks of undiagnosed COVID-19 symptoms. He also lost a 35-year-old cousin to the virus.

But that didn’t stop García, a 27-year-old waiter and a food runner in the Nolita neighborhood, from sending monthly remittances to his mom and sisters in Puebla, Mexico’s fifth-most populous state.

In fact, he was able to send the same amount of money as in 2019 — and even more in times of need.

According to a report from Mexico’s central bank, Puebla received a record $1.873 billion remittances in 2020, $400 million more than in 2019. Economists were shocked.

“This is one of the most counterintuitive trends that we’ve observed during the pandemic,” said Deepak Lamba-Nieves, the Chair in Economic Development Research at the Center for a New Economy, a nonprofit think tank. “Global experts were forecasting that, because of the pandemic, we would see a significant decline in revenue.”

One factor, Lamba-Nieves suggested, was that the Mexican peso’s value against the U.S. dollar dropped 20 percent in late March. That meant that folks back home got more pesos than usual for the dollars sent by Poblanos — people hailing from Puebla — in New York.

Because of that, many in New York also likely sent more.

General uncertainty about the impact of the pandemic might also have been a factor.

Many migrants had “saved money for a rainy day,” Lamba-Nieves said. “And they were acutely aware that things may change in their employment situation.” So they sent more.

As it turned out, said Sebastian Benitez, a consultant at Mi Casa Es Puebla NY, a nonprofit that helps New York’s 960,000 Poblanos adapt to life in the tri-state area, the change in consumer demands in New York worked to the advantage of many of the city’s Poblanos.

“When COVID hit New York, a lot of Poblanos became unemployed, but a lot of them were making more money than ever,” Benitez said. “There weren’t bars, there wasn’t access to parties, but you had a lot of needs and deliveries. And a lot of Poblanos work in deliveries or the food industry.”

According to a 2010 CUNY study on Mexicans in New York, 12.7 percent were cooks, topping the list of jobs they have in the state, with laborers next at 10.7 percent.

For Eliza Gomez, an employee at her father’s Tulcingo Express, a multi-purpose shipping and flowers shop in East Harlem that has been able to stay open during the pandemic, sending money to her aunts and uncles in Puebla was paramount. Without that money, she said, “it would be very difficult for them. They don’t really have actual jobs. They go to markets on Sundays, and they sell what they can.”

The markets in Tulcingo, Puebla, Gomez said, operate only weekly, and selling beans and corn is her family’s sole revenue stream. During the pandemic’s first wave, she and her parents were sending about $100 every week — more than in 2019.

While Puebla’s 58.9-percent poverty rate has been steadily declining over the past decade, the state is still Mexico’s fifth-poorest, according to a 2018 government report.

“Puebla would not be anywhere had it not been for remittances because the main source of Puebla’s income is agriculture,” Benitez said. “It’s not strong enough to survive without them.“

For García, as in the case of many migrants, what he sends to his mother — a florist who lives in Atlixco, a rural municipality 60 miles southeast of Mexico City — plays an instrumental role in her survival.

“If it weren’t for me, the truth is I don’t know what would happen,” García said.

“Right now, she’s not selling, so she’s living on what I send her.”

As the weather gets warmer, vaccinations increase and the economy opens back up, many in the U.S. are feeling optimistic. But Mexico’s troubled vaccination rollout and lack of federal assistance mean that Mexicans in the United States continue to play a massive role for those south of the border.

According to Lamba-Nieves, migrants in the U.S. constitute the pandemic assistance program for many towns and villages.

“This is a story about migrants being heroes in their countries of origin because they were able to help a lot of families and help a lot of towns weather the pandemic storm,” he said.

Those who work more, however, face more health risks. According to a University of California, San Francisco study from October, food and agriculture employees had the highest excess mortality rates among any occupation studied, including healthcare workers. Latino food/agriculture workers, specifically, saw a 59-percent increase in mortality rate, the highest jump of any demographic studied.

Not working, though, isn’t really an option; the unemployed struggle to pay their bills.

José Guadalupe Ávila said he was out of work for eight months last year, including one stuck in bed with what he presumed was COVID-19.

Between feeding his children, shelling out for expensive medicine and paying New York rent, he was forced to send less money to his father and sisters in Acatlán de Osorio.

Their cattle and goats helped feed them when Ávila’s purse strings were tightened, he said.

“[Poblanos] leave everything behind, to come to a place that is completely strange to them, that completely disregards them, isolates them, only to bring money to send back so that they can live in peace, and with some sort of comfort,” said Benitez, the consultant, whose mother is from Puebla.

“That is what their objective is,” he said.

Ávila is now back to work as a breakfast cook in the mornings and a flower vendor in the afternoons. “Thank God we left 2020,” the Queens resident said. “It was heavy. Very difficult for me.”

Despite the emotional and economic upheaval he has faced over the past year, he considers himself one of the lucky ones because of his legal immigration status. His many undocumented friends don’t have the luxuries of unemployment benefits and health insurance. He tries to stay positive.

“We don’t even know what’s going to happen now,” he said.

“We just have to have faith in the Almighty.”