Bill Cosby Speaks Out After Overturned Conviction, Says ‘I Have Always Maintained My Innocence’

The actor-comedian was convicted in 2018 following a number of charges of sexual assaults.
By Zenger News Desk July 2, 2021
Facebook
Twitter
Linkedin
Email 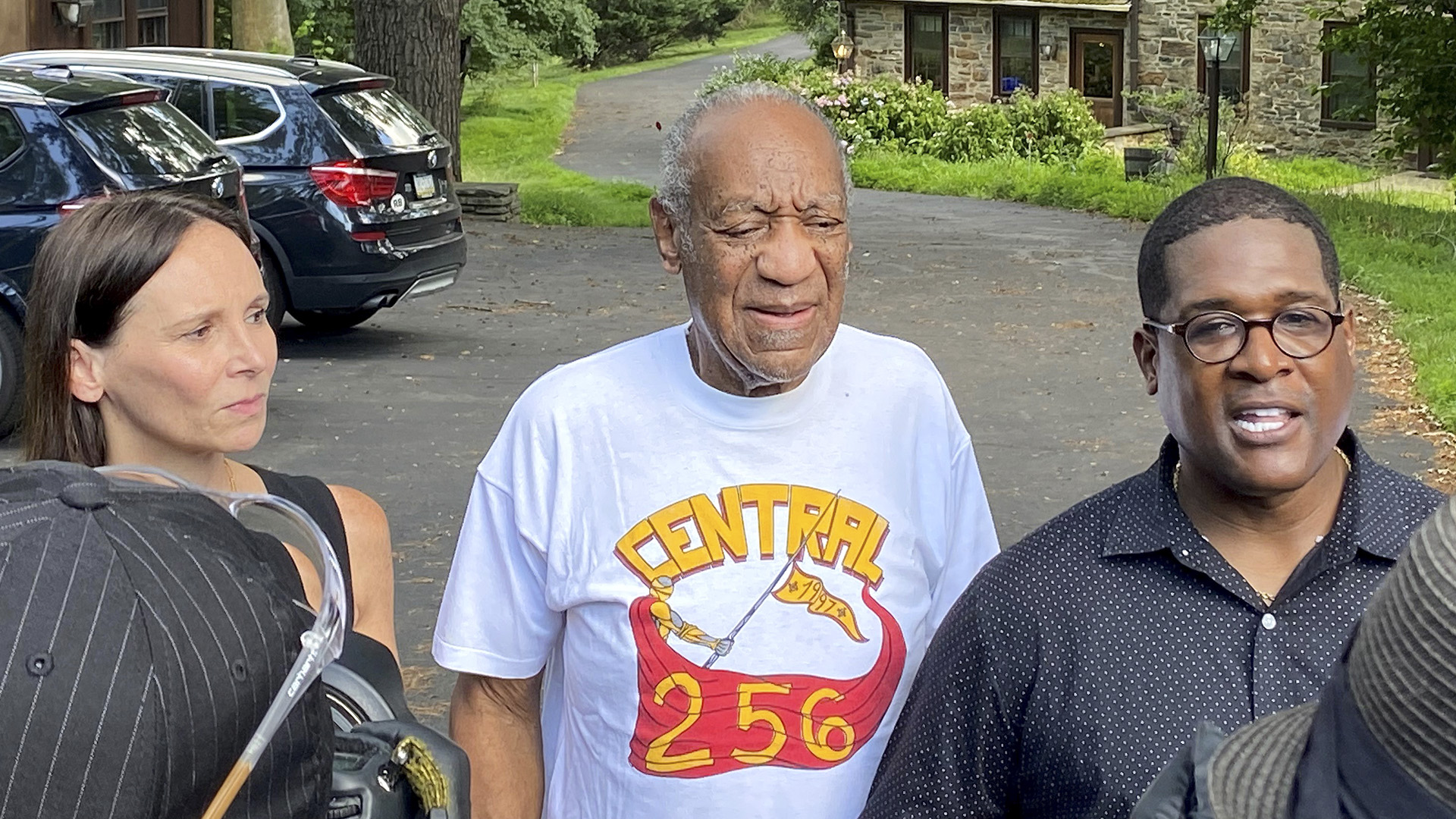 WASHINGTON — After being released from a Pennsylvania state prison, American actor and comedian Bill Cosby, on July 1, shared a social media post breaking his silence on the decision.

Alongside a photo of himself with his fist raised, Cosby shared a statement on Twitter.

“I have never changed my stance nor my story. I have always maintained my innocence. Thank you to all my fans, supporters, and friends who stood by me through this ordeal. Special thanks to the Pennsylvania Supreme Court for upholding the rule of law,” he said.

As per a media report, in a stunning reversal, the Pennsylvania Supreme Court overturned Cosby’s sexual assault conviction, and he was allowed to walk free just hours later.

The 83-year-old was freed after having served more than two years of his 10-year sentence for aggravated indecent assault on Temple University basketball coach Andrea Constand at his home in 2004.

The Pennsylvania Supreme Court reversed that decision on the grounds that the testimony at the trial was tainted and could be considered an attack on Cosby’s character, despite a lower court also finding that Cosby had demonstrated a pattern of drugging and molesting women.

“The collective weight of these considerations led D.A. Castor to conclude that, unless Cosby confessed, there was insufficient credible and admissible evidence upon which any charge against Mr. Cosby related to the Constand incident could be proven beyond a reasonable doubt,” the decision read.

Why was he convicted?

The actor-comedian was convicted in 2018 following a number of sexual assaults, typically the one involving Constand. Cosby was arrested on charges of drugging and sexually assaulting Constand at his suburban house in 2004. However, instead of apologizing to her, the comedian promised to serve his entire 10-year jail time.

Constand, 45,  said that Cosby gave her three blue pills and knocked her out. Then as she lay there, unable to say no, he penetrated her with his fingers. However, Cosby said that the act at his Philadelphia residence was consensual, and he only gave her allergy and cold medicine to ease up.

Post this, more than 60 women came forward and accused Cosby of rape and assault allegations.

Many survivors, activists, and advocates have expressed their disappointment with the decision to free him.

In a joint statement on June 30, Constand and her lawyers said that the decision might discourage sexual assault survivors from coming forward and seek justice.

“Today’s majority decision regarding Bill Cosby is not only disappointing but of concern, in that it may discourage those who seek justice for sexual assault in the criminal justice system from reporting or participating in the prosecution of the assailant or may force a victim to choose between filing either a criminal or civil action,” they said.

Victoria Valentino, one of Cosby’s accusers, spoke to the National Public Radio and stated that the court’s decision had left her stunned.

“I couldn’t believe what I was hearing because we had just received a letter from the victim advocate division at Norristown in Montgomery County, Penn., courthouse that his parole was denied.”

“We weren’t expecting to get that judgment until probably September 25, which would have been three years of his 3-to-10 sentence. And so, when we got that, we felt validated and vindicated again. And then to suddenly get this out of the left-field, I — we are just all stunned, just stunned,” said Valentino.

Lisa Bloom, who was representing three of the Cosby survivors, said that she and the accusers were disgusted as his charges got overturned.

“The 3 Bill Cosby accusers I represent and I are disgusted that he is a free man today,” she said.

“He is not released because he is innocent. He is released because a prosecutor promised him years ago that he would not be brought to justice, without even making a deal for him to do time.”

“BILL COSBY IS NOT INNOCENT. HE HAS NOT BEEN EXONERATED,” he said.

“His release means that Cosby, a sexual predator, was incarcerated within a criminal legal system that has as little regard for its own rules and procedures as Cosby does for his victims.”

Even the Twitterati expressed their discontent with this recent decision by trending #BillCosbyIsARapist.

“So #BillCosby has been released from prison. This right here is a prime reason why women don’t come forward to report their sexual assaults! #BillCosbyIsARapist,” a user said.

“I can’t even comprehend this. I’m sick to my stomach. Shaking. How do those 60 women feel??? A monster is getting away with drugging women and raping them. If you defend him in any way, unfollow me NOW. #rape #BillCosbyIsARapist #MeToo #NoJustice,” another user said.