Australia Vice Prime Minister’s Nationals Ministry To Be Sworn In

Barnaby Joyce's new-look front bench is set to be sworn in with his key supporters being appointed to the cabinet.
By Matt Coughlan July 2, 2021
Facebook
Twitter
Linkedin
Email 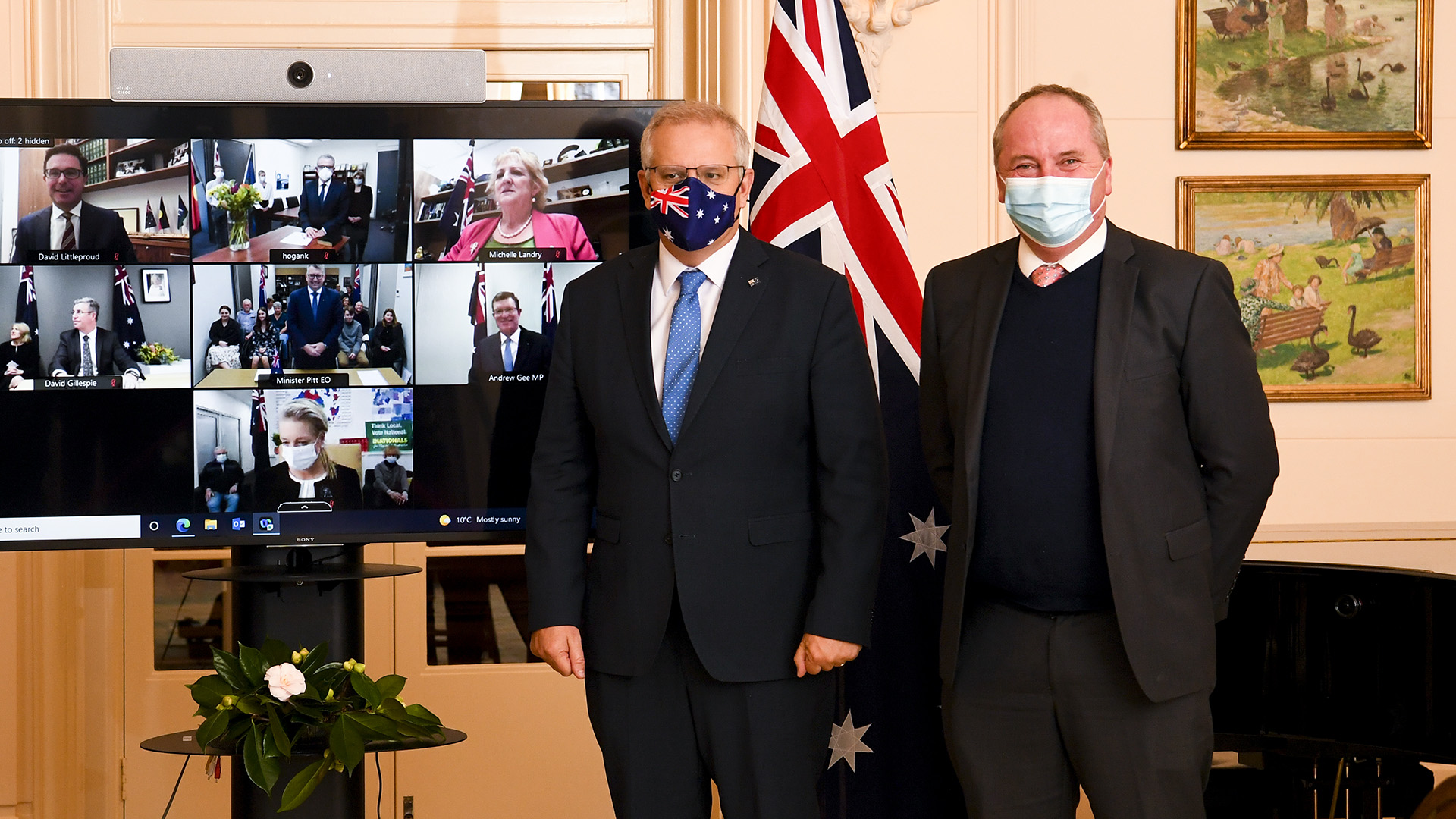 CANBERRA, Australia — Scott Morrison is set to make his first public appearance alongside Barnaby Joyce since his return as deputy prime minister when new Nationals ministers are sworn in.

Joyce’s frontbench picks will officially be sworn in on the afternoon of July 1 at a Government House ceremony.

One of Barnaby’s key supporters Bridget McKenzie is returning to the cabinet less than 18 months after quitting during the so-called sports ‘rorts’ saga.

Little-known New South Wales Member of Parliament Andrew Gee will be elevated to cabinet as the veterans’ affairs minister with Darren Chester being dumped.

Gee takes over at a crucial time with a royal commission into veteran suicide about to get underway.

Joyce also rewarded supporter and New South Wales’ Nationals member of parliament David Gillespie with a promotion to the outer ministry, while Minister for Resources, Water and Northern Territory Keith Pitt’s resources portfolio has been dumped from cabinet.

Wounds from the Nationals’ turmoil remain open with the debate about climate change policy cited as a crucial sticking point with the Liberals.

The prime minister and his deputy are set to further thrash out a new coalition agreement in face-to-face talks.

Chester penned an opinion piece pleading with the Nationals to modernize their attitudes to reducing carbon emissions.

“If the more hardline Nationals members of parliament and senators lock into a climate denial agenda, they can wave goodbye to the generation of voters who will decide the future of Australia,” he wrote in a Melbourne-based publication.

While it is the second time Joyce has dumped Chester from the cabinet, the Victorian member of parliament insists the battle should be between 1950 and 2050 rather than the two men.

Ex-Prime Minister and Liberal Party leader Malcolm Turnbull, who governed alongside Joyce, warned his return could make it impossible for the government to move towards the stance of key allies on climate.

“Barnaby is clearly determined to do everything he can to prevent Australia making a commitment to get to net zero emissions by 2050,” Turnbull said.

He said it was coal-hugging, climate-denying madness for the coalition to act irresponsibly on the global stage.

“It is just populist clap-trap that you are getting in this right-wing media bubble.”