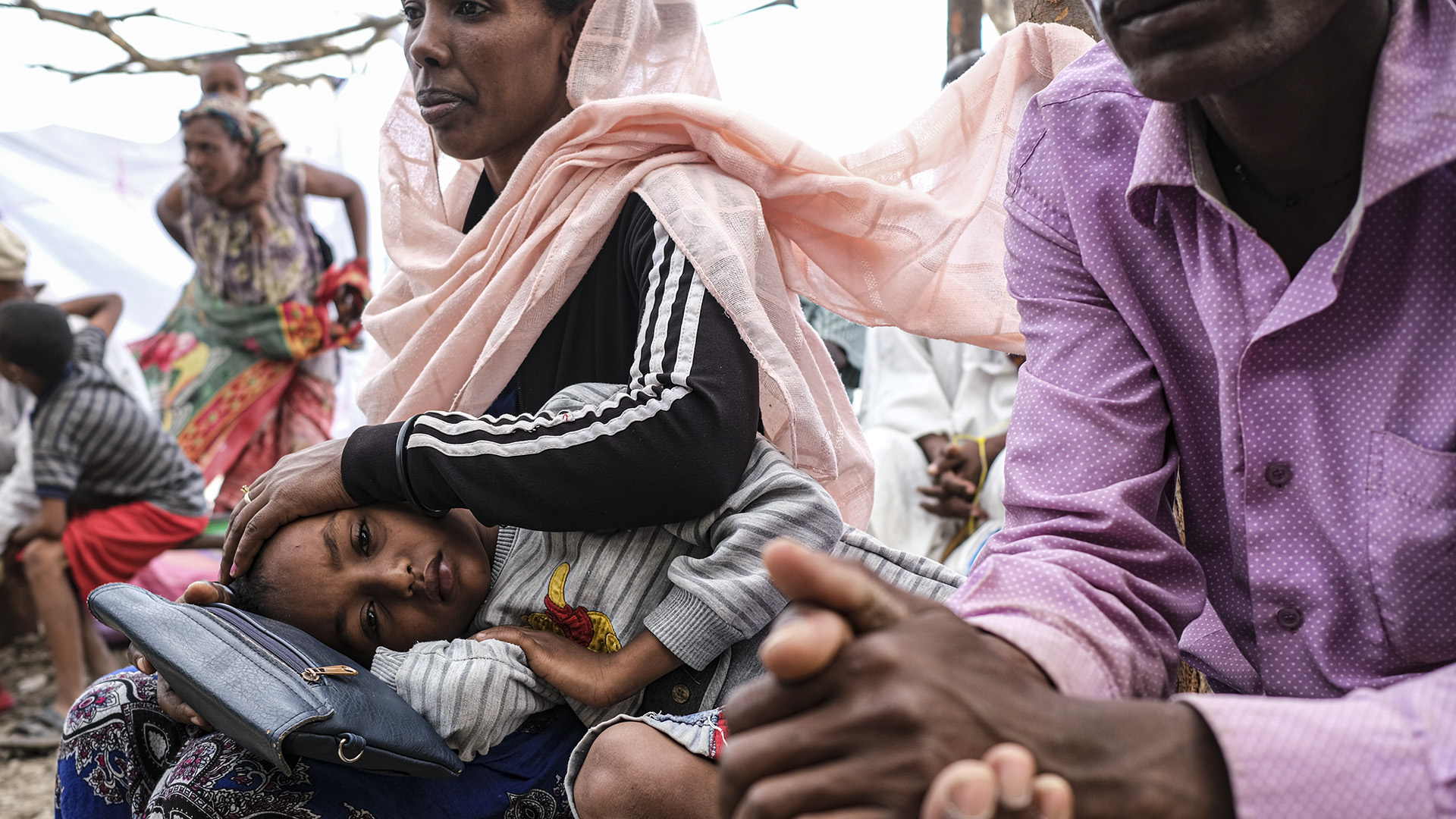 Refugees from the Tigray region of Ethiopia wait to receive basic medical attention from an understaffed clinic run by the Sudanese Ministry of Health with assistance from Doctors Without Borders located in the east Sudanese border village of Hamdayet in Hamdayet, Sudan. (Byron Smith/Getty Images)

ADDIS ABABA, Ethiopia — Rebels in Ethiopia’s Tigray region have rejected a unilateral ceasefire declared by the central government on June 28, dashing hopes for a quick resolution to the eight-month-long conflict in the region.

The government declared the ceasefire after the rebels from the Tigray People’s Liberation Front took control over the regional capital Mekelle region, forcing Ethiopian forces to retreat from the town, setting off celebrations in the city.

The Tigray People’s Liberation Front spokesman expressed that their forces would not rest until the Ethiopian military and its allies leave the entire region.

Thousands of people have been killed and more than two million displaced since fighting broke out in November 2020, after the rebels attacked an Ethiopian National Defense Forces garrison in the region. 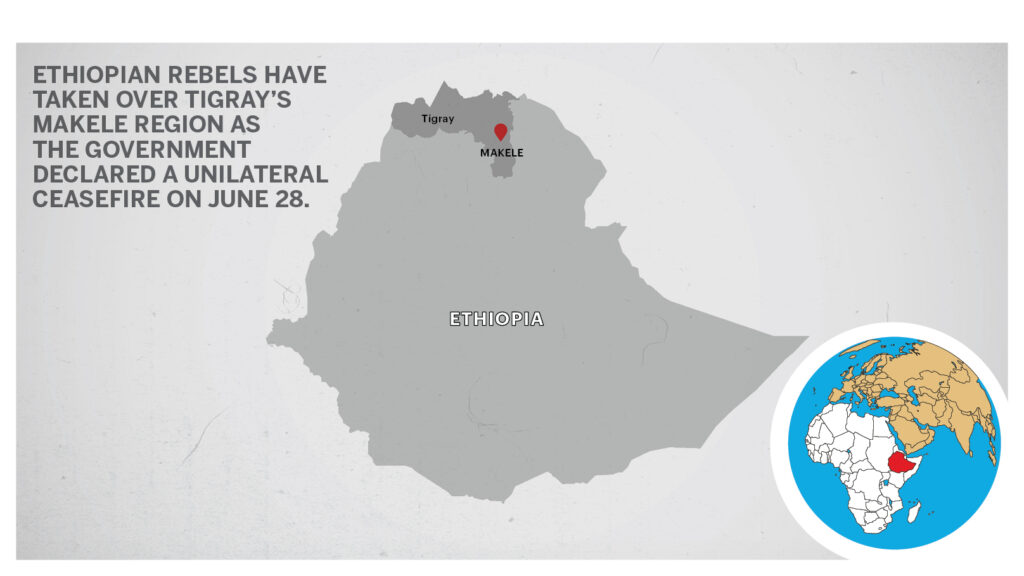 The United States had welcomed the ceasefire as a positive step in ending the war.

“The Government of Ethiopia’s announcement yesterday of a unilateral ceasefire in the Tigray region could be a positive step if it results in changes on the ground to end the conflict, stop the atrocities, and allow unhindered humanitarian assistance,” said Ned Price, the spokesman for the United States Department in a statement on June 29.

“We are closely monitoring developments. We call on all parties to commit to an immediate, indefinite, negotiated ceasefire to end the violence, restore stability to Tigray, and create a context for an inclusive dialogue that preserves unity, sovereignty, and territorial integrity of the Ethiopian state.”

An Ethiopian airstrike on June 23, killed more than 30 people in a market, drawing worldwide condemnation.

Ethiopian voters went to polls on June 21 to elect parliamentary delegates, which the government touted as the first step towards long-awaited emergence into a multi-party democracy.

Meanwhile, the election was weakened by widespread insecurity, logistical issues, and political disputes.

At the same time, a fifth of polling stations in the rest of the country was not opened due to security concerns or improperly printed ballots, as per the country’s election commission.

Abiy Ahmed came to power in 2018 on a wave of discontent against “a system of ethnic favoritism” accompanied by the authoritarian, Tigrayan-led regime that had ruled the country for decades.

«Previous Post
Tanzania To Revive China-Funded Port Project, Worries The US »Next Post
Georgia Democrats Back AG Garland’s Lawsuit On Voting Laws And Say They Are Being Purged Over Race