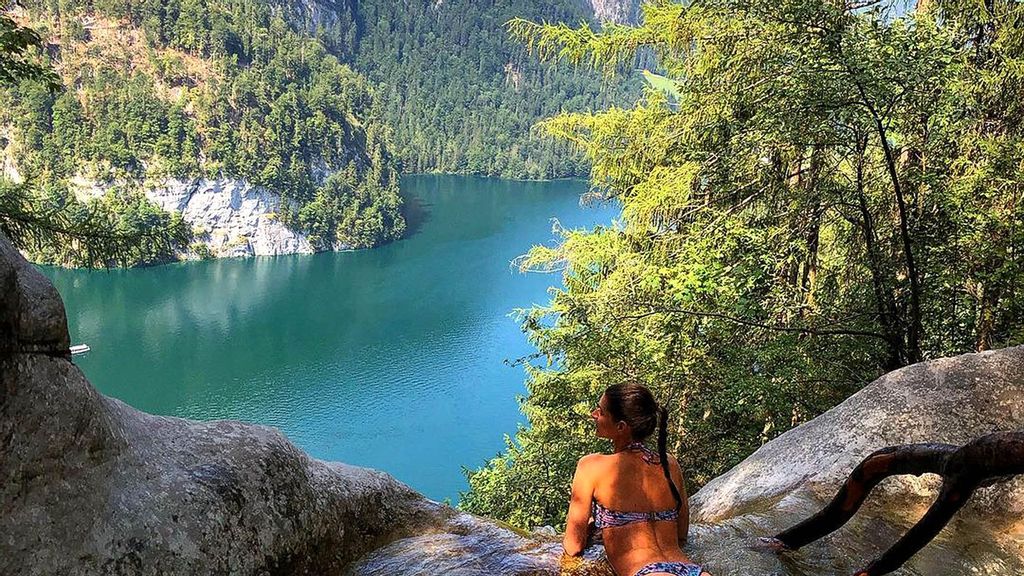 The Königsbach Waterfall  over the lake in the Berchtesgaden National Park in Germany. (Pavel Herceg/Zenger)

One of the most popular and picturesque areas in Germany — and one of Adolph Hitler’s favorite destinations — Königssee Lake in southern Bavaria is partially closed for five years, due to rubbish and illegal fires by inconsiderate visitors.

A natural infinity pool overlooking the Alpine lake, which is a part of Berchtesgaden National Park, and footpaths leading to it will be closed to visitors for at least five years to give nature a chance to recover.

Authorities said they found extensive evidence of rubbish dumped around the area, as well as illegal fires from people camping overnight in the area. They said the ban on visitors could even be extended beyond five years.

Rescue services frequently received calls to help visitors in need, with many of the unauthorized trails not approved for use for safety reasons. Using these trails also damaged the environment.

The District Office also said it wants to give local flora and fauna time to recover.

The ruling means a 25-acre area of the 49,421-acre Berchtesgaden National Park will be closed to augment that regeneration.

In order to avoid unintentional violations, the park administration has placed signs at various locations to indicate the prohibited zone.

The infinity pool has been an attraction for tourists worldwide. It is well known as a spectacular spot for selfies against the backdrop of the clear blue Königssee Lake. The area also includes the Königsbach Waterfall, one of the highest waterfalls in Germany.

Pavel Herceg from the Czech Republic is among those who posted images of the beautiful site online.

He said it was disappointing the activities of a few have spoiled it for others, but said he understood the decision to close the area.

“It’s beautiful,” he said, “but very cold. The trail from Königssee to the waterfall is easy and safe, but the waterfall in my opinion is relatively dangerous for unexperienced people. Everyone wants to take cool pictures from there and goes there just in flip-flops.”

A survey in the summer of 2020 showed that an average of around 150 to 350 people per day visited the pool at the Königsbach Waterfall, which feeds into the lake.

Herceg was among those who managed to visit before the ban was introduced.

“Tourists will be disappointed,” he said. “It is such a famous and nice place.”