Incredible India: One Mango Tree With 121 Varieties Of Fruit

The 15-year-old mango tree has become quite an attraction in the northern Indian state of Uttar Pradesh.
By Zenger News Desk July 1, 2021
Facebook
Twitter
Linkedin
Email 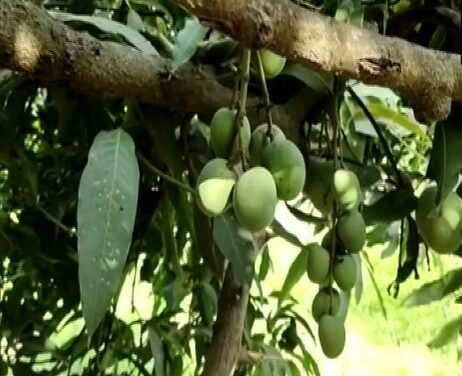 A unique mango tree that has 121 varieties of fruits growing on it. (ANI)

SAHARANPUR, India — A single mango tree with 121 varieties of fruit growing on it has been discovered in a northern Indian state.

The 15-year-old mango tree has become quite an attraction in the northern Indian state of Uttar Pradesh’s Saharanpur district, which is famed for its mangoes.

Growing in the district’s Company Bagh area (Company garden), the unique tree is the product of an experiment initiated by horticulturists five years ago with the aim to develop new varieties of mangoes and experiment with their taste.

Company Garden in Saharanpur is one of the many institutions established around the Mughal era. 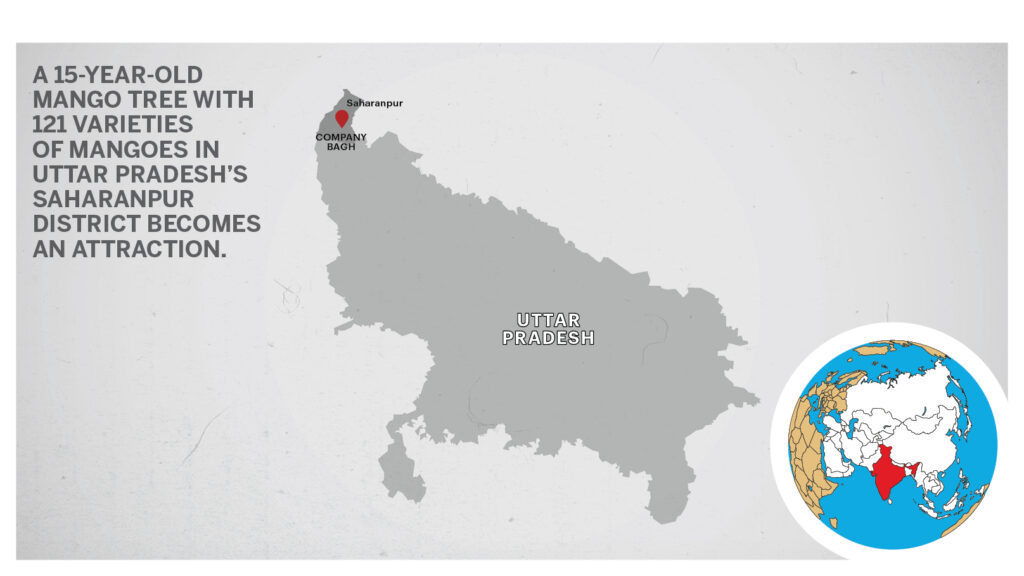 In the initial years, the officials emphasized the growth of medicinal and eco-friendly plants and herbs in this area. However, various sections are carrying out different tasks within this center. The prominent ones are the horticulture section, biochemical and radiotracer section, fruit preservation section, and microbiology section.

“The purpose of the experiment was to research new varieties of mangoes,” said Ram.

“Saharanpur is already a leading name in mango production. Mango horticulture is done extensively in the fruit belt of the district. Due to which research has also been done on new varieties of mango here.”

Rajesh Prasad, the then joint director of the horticulture and training center, had grafted 121 varieties of mango branches onto a single mango tree.

“We are working on new species, so that better varieties of mangoes can be produced. Then, people can also use this technique,” he said.

Ram said the tree that was chosen for the research was about 10 years old when the project began.

“Branches of different types of mangoes were planted on the branches of the native mango tree,” said Ram.

“After which, a separate nursery in charge was appointed to take care of the tree. So now different types of mangoes are found on all the branches of this tree.”

Meanwhile, Haji Kalimullah Khan from Malihabad in Uttar Pradesh, who is known as the ‘Mango Man of India‘, has grown over 300 varieties of mangoes on a single tree. He was awarded the Padma Shri in 2008.

Indian mangoes, known for their delectable taste and famed for their international following among celebrity chefs such as Gordon Ramsey, have been absent from the United States’ retail markets second year in a row. This is because the governments of both nations were unsuccessful in ironing out the bottlenecks that have plagued the industry since the onset of the Covid-19 pandemic.