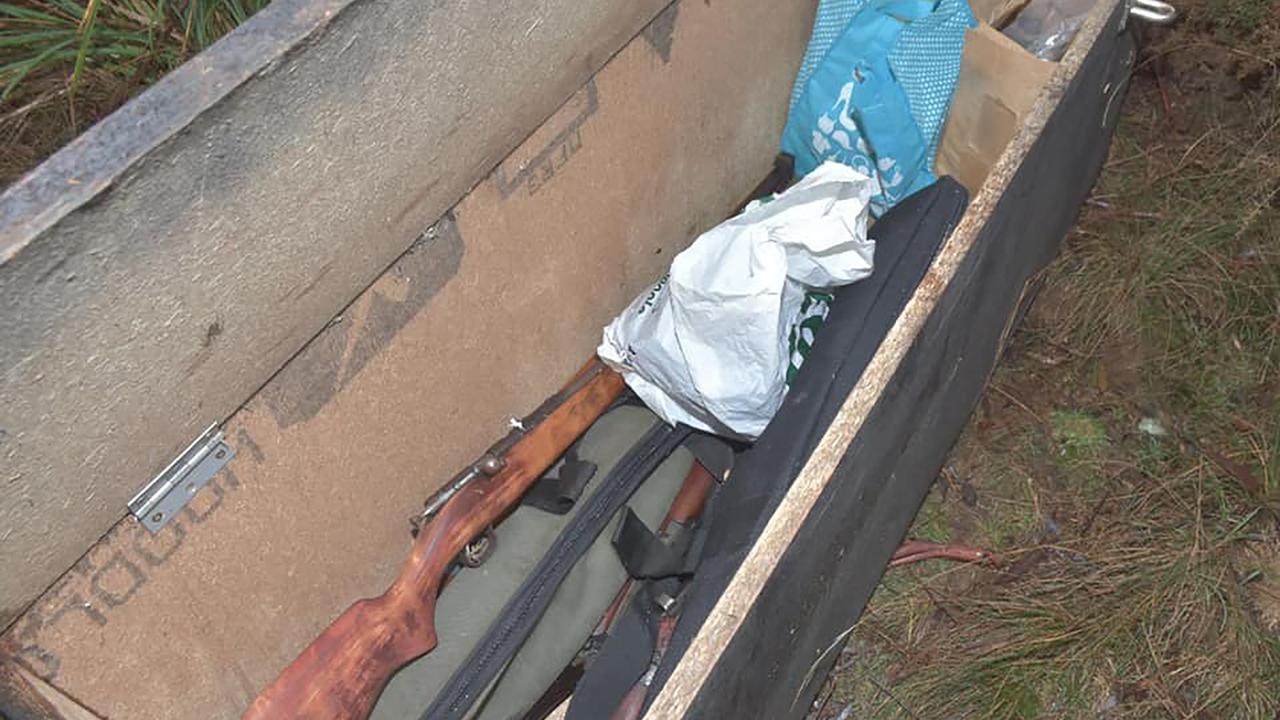 Ammunition, drugs and more than 20 firearms have been found in hidden bunkers in regional Tasmania. (AAP Image)

HOBART, Australia — More than 20 guns, thousands of rounds of ammunition, and illegal drugs hidden in underground bunkers have been seized from two properties in rural Tasmania, Australia.

Police raided the addresses on the Pateena Road near the town of Longford in the state’s north on June 24 and June 25.

They charged a 40-year-old man with several firearms and ammunition offenses, as well as unlawfully possessing property and cultivating and possessing a controlled plant.

It is alleged hydroponic cannabis was discovered in shipping container-sized bunkers at the property. One was underneath a house and there were “two to three” underground in bushland, police say. Hydroponic weed refers to any cannabis that is grown without the use of soil. Instead of the natural nutrients found in soil, growers will apply their own nutrients throughout the growth process using a variety of growing methods.

“Anyone that is going to go to the extent of hiding a bunker on a property or in a house is going to make it fairly well concealed,” Detective Inspector Chris Fox told reporters in Launceston on June 30.

“But we are well-trained in looking for dimensions that don’t look right,” Fox said, such as the side of a house where the internal walls look a lot smaller and outside areas where the earth has been upturned.

Insp Fox said the bunkers were well constructed and had been there for some time as they were covered by bushland undergrowth.

Rifles and pistols were among the 21 firearms seized during the raid, which was part of an illegal gun crackdown in northern Tasmania sparked by a string of shooting incidents in recent months. More than 30 police officers were involved in the targeted searches, police said. A drone was also used, as well as drug and firearm detecting dogs.

More than 55 guns in total have been seized by police in the last few weeks. The man has been granted bail and is expected to appear in Launceston Magistrates Court on August 18. Police expect to also charge other people.

Longford is a town in the northern midlands of Tasmania, Australia. It lies 145 m above sea level at the convergence of the Macquarie River and the South Esk River, 21 km south of Launceston and a 15-minute drive from the airport. It is just south of the Illawarra Road, a road connecting the Bass and Midland Highways.