Furor-i: Judge Rejects Ferrari’s Bid To Scrap Replica Daytona As It’s So Bad No One Could Be Fooled 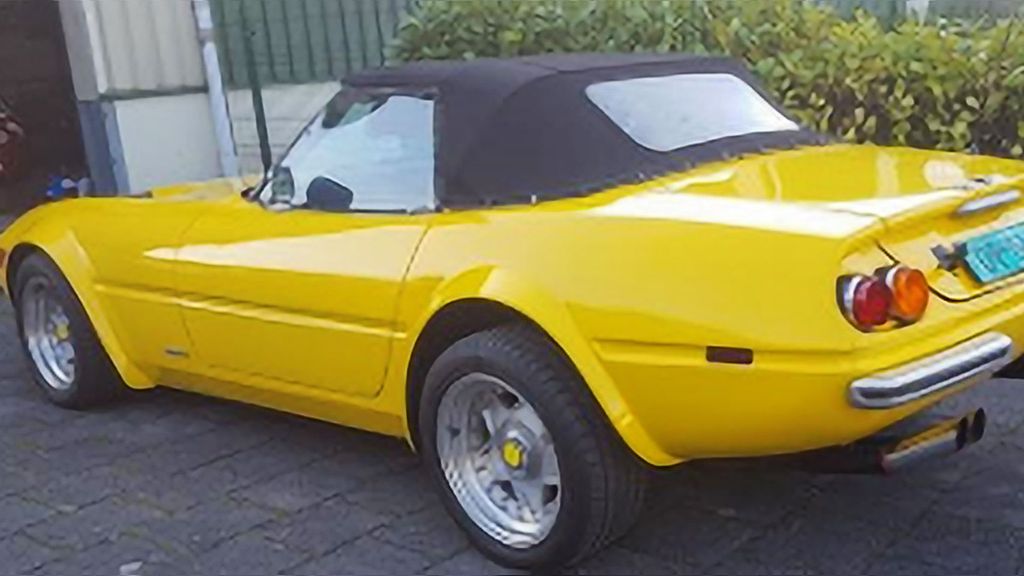 A court ruled the Dutch owner of a replica Ferrari Daytona Spyder could keep the car. (Rechtbank Den Haag/Zenger)

A court in the Netherlands has rejected a bid by Ferrari to have a Dutch Daytona counterfeit scrapped because the quality of the kit car was so bad, nobody would have mistaken it for the real thing.

Italian car manufacturer Ferrari, located in the city of Modena, requested the destruction of a yellow replica of its Daytona model which had been bought in the U.S. in 2018 by a Dutch man who has a business specializing in kit cars.

Ferrari’s lawsuit, which also included a paragraph that demanded recordings of the destruction process, has now been rejected by The Hague Court in the Netherlands.

The Ferrari Daytona Spyder, officially designated the Ferrari 365 GTB/4, is a two-seat grand tourer produced by Ferrari from 1968 to 1973.

The model gained world fame after it made an appearance in the American crime drama TV series “Miami Vice,” which ran for five seasons on NBC from Sept. 16, 1984 to Jan. 25, 1990.

The black replica portrayed in the first two seasons of the series was based on a Chevrolet Corvette C3 and produced by U.S. bodywork company McBurnie Coachcraft.

In order to protect their “Miami Vice” Daytona replica, the Modena-based car manufacturer decided to go to court after the Dutch company put their model for sale online for 28,500 euros ($33, 762).

Ferrari representatives filed a lawsuit demanding the replica be destroyed immediately after they spotted the online ad in 2020.

The Dutch kit car was subsequently seized and its destiny was placed in the hands of The Hague Court, which has now finally made a surprise verdict in favor of the car owner.

According to the judges the accused party managed to provide enough evidence of sufficient differences between the replica and the original and therefore found the defendant not guilty of copyright violation.

In addition, the owner was given the replica back, but was asked to remove all Ferrari-related logos due to trademark copyright.

Ferrari has not made any official comments regarding the final verdict by the Dutch court.

Ferrari is no stranger to lawsuits and has been very protective of its brand’s image in the past. In 2019 representatives threatened to sue Italian fashion designer Philipp Plein for posing his shoes next to his own personal Ferrari vehicle and posting it on Instagram. They claimed it tarnished their brand’s reputation and accused Plein of using their brand to promote his own business. Plein lost the lawsuit and was ordered to pay 300,000 euros ($355,000) in damages.

In another Ferrari lawsuit, a Canadian DJ called Deadmau5 was sued for making modifications to his own Ferrari 458, decorating the outside with a popular character called the Nyan Cat. After driving his customized “Purrari” in the Gumball 3000 rally race, Deadmau5 put the car up for sale for $380,000 on Craigslist. Ferrari found this to be a mockery of their brand, and sent the DJ a cease and desist letter. Deadmau5 ultimately removed the customizations, and later sold the car.